Loafers Vs Boat Shoes: Differences And How To Choose 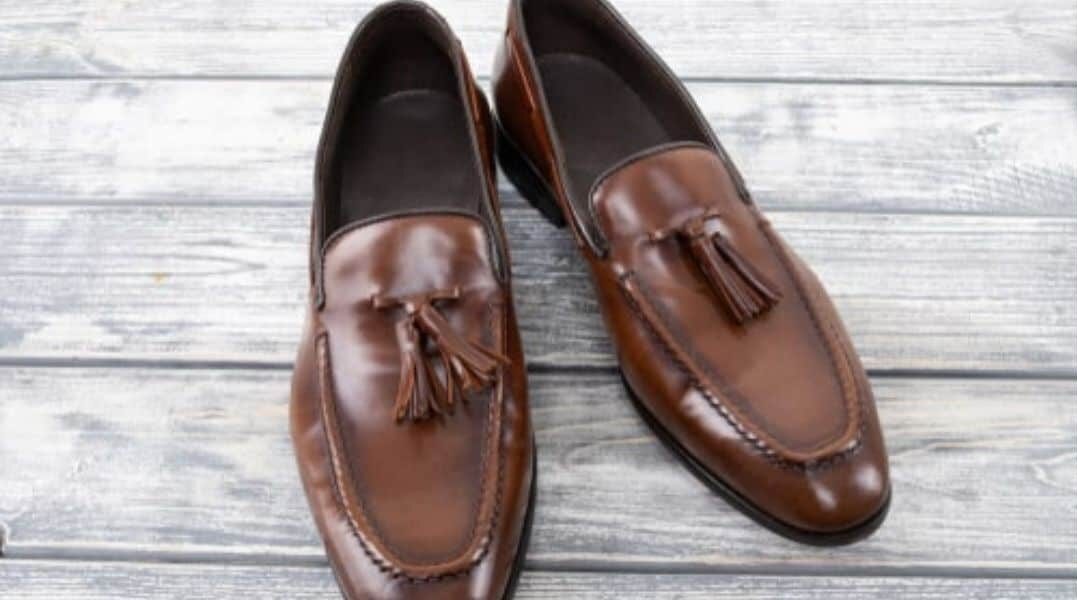 Comparing goliaths isn’t easy. Both of these shoes are globally popular and have very loyal fan bases. But sometimes, it can be pretty hard to choose between the two. So, loafers vs boat shoes; what’s the difference?

Unlike boat shoes, loafers are slip-on, laceless shoes with smooth or textured outsoles. Boat shoes are laced and have razor-cut (siped) soles to help with grip. Loafers are considered more versatile than boat shoes and are suitable for both casual and smart-casual affairs all year-round. Although boat shoes are purely casual, they can’t be beaten for comfort.

That’s the gist. It’s safe to say that every man should own at least one pair of each.

But knowing when to wear each one can be frustrating.

There will definitely be times when wearing a pair of boat shoes would be considered too informal, inappropriate, or a downright faux pas.

This article is going to teach you exactly how to choose between the two for any specific occasion or setting.

2 Differences Between Loafers And Boat Shoes

The main differences between them are the lacing and the sole. Let’s dig a little deeper into each of these.

Loafers will never have laces.

Having been inspired by both the moccasin and the slipper, loafers are widely known for their glorious and incredibly practical slip-on design.

They almost always have a long lace made of nylon or leather that’s tunneled around the heel and eventually through two eyelets at the tongue.

Although it does help to secure the foot, it’s mainly for decorative purposes and is arguably the best-known feature of boat shoes.

Picture swaying on the deck of a slippery boat, tirelessly steering against the brute force of the sea.

Boat shoes were designed with this in mind.

The rubber outsoles are “siped” – razor-cut to produce ridges that allow for better grip and traction. This is perfect for slippery surfaces such as on a boat.

You’ll also often find them in white or a light color to avoid marking up a boat deck.

Of course, most modern-day purchases of boat shoes aren’t made with the deck of a boat in mind. However, these features do still remain.

The outsoles of loafers are found in darker colors and are made from leather, rubber, or a synthetic combination of either one. They’re often textured in some way, but aren’t siped and so don’t provide the same amount of traction.

2 Similarities Between Loafers And Boat Shoes

Two ways in which they’re actually quite similar are their heel and their moccasin-like seam.

Both loafers and boat shoes will usually have low heels. But the heel of a pair of loafers will generally be higher than that of a pair of boat shoes.

Having said that, it’s not uncommon to find boat shoes with no heel at all. Plus, if there is one, it’s usually continuous and blended or molded into the outsole.

Loafers will almost always have a heel of some variety, with the heel of most men’s pairs being around an inch in height.

Much like the moccasin, both boat shoes and loafers have stitched upper seams. This gives each of them more structure and definition.

In fact, it’s the presence of this stitched upper seam that differentiates loafers from their not-so-distant slip-on cousin; the slipper.

Loafers Vs Boat Shoes: Which One Should You Choose?

Loafers and boat shoes differ in terms of formality, versatility, comfort, and cost.

Here are five factors to consider:

If you’re looking for a pair of shoes you can wear for casual, semi-casual, and smart-casual dress codes, go for loafers.

If all you want is casual, boat shoes would be a mighty fine option as well.

Although loafers are considered the go-to “casual” dress shoe, they’ll always look more formal than a pair of boat shoes.

They’re ideal for those in-between dress codes such as smart-casual (i.e business casual).

At the same time, you could easily slip them on (quite literally) for the most casual of affairs.

They may not be formal enough to wear with a suit. But overall, the range of occasions and settings you could wear them to is wide.

Boat shoes, on the other hand, are strictly casual.

It’s a staple of casual apparel and always will be. The often white and siped rubber outsoles, the color-contrasting stitching, and the decorative tunneled lacing just ooze a casual aesthetic.

You wouldn’t be able to wear boat shoes to smart-casual settings. But you know what? You may not need that in any case.

Boat shoes are incredibly common in the summer.

So common that it may be worth taking this into consideration when choosing between these two shoes.

It’s not to say loafers aren’t popular; that couldn’t be further from the truth.

But in the summer, the boat shoe really does epitomize the casual college campus aesthetic.

They really are everywhere and they usually look great. A classic and slightly more sophisticated alternative to sneakers and other forms of casual footwear.

But a pair of loafers could set you apart.

They’re a little less common and are a mark of a more style-conscious man. If you’re looking to make a bit more of a statement without having to go too wild, a pair of loafers would be a better way to go.

As I mentioned before, boat shoes are built for the summer.

During the warmer months, it’s really no surprise why they’re so popular. They’re a quick and easy way to make a casual outfit a touch more stylish.

But they have no place being worn in the winter. Your feet will get cold and it’ll look awkward and out of place.

If your only intention is to wear them in the summer as a casual pair of shoes, they’d be a very reasonable choice.

As their name would suggest, the water-repellant design also makes them great for summer fun near the sea.

But if you’re looking for shoes that can be worn year-round, loafers are the ones to go for. Their lack of seasonality is another way in which they’re incredibly versatile.

Sure, certain colors are more suited to the colder months. Plus, suede looks great in the winter.

But in general, the same pair of loafers, regardless of the color or the grade of leather, will serve you well throughout the year.

Some boat shoes are designed with comfort as their main focus. Features to look out for include:

But don’t fall prey to the common misconception that boat shoes make for good walking shoes.

They have no place on a lengthy hike or trek. Plus, they definitely aren’t running shoes. This is because they have a distinct lack of ankle and arch support.

But for everyday, casual use, they’re hard to beat when it comes to comfort.

Loafers are by no means uncomfortable, but they don’t quite match up. They aren’t as breathable and there usually isn’t as much scope for cushioning.

Other than hygiene, comfort is an important reason why loafers should be worn with socks, while you’re free to go sockless with boat shoes.

The cost of both types of shoe does vary quite a lot. It varies depending on the material, the quality and grade of the leather (if it’s leather), the brand, as well as the style.

For example, a pair of leather Gucci loafers will cost more than a regular pair of suede penny loafers.

Full-grain leather will, of course, cost more than suede.

At a lower price point, you should expect to pay around the same amount for boat shoes and loafers. Perhaps a little bit more for loafers.

As you get to higher price points, the cost of loafers far exceeds that of boat shoes. This is especially true when it comes to horsebit “Gucci” loafers which are quite well-known for breaking the bank.

That’s mainly down to the brand, as well as the reputation of Gucci loafers as somewhat high-end, sophisticated, and elegant products suitable for professional use.

Ultimately, you can expect to pay either a little bit more or a lot more for loafers than you would for boat shoes.

This is partly down to its reputation as a “dress shoe”, as well as the construction and design features.

If you’re on a budget and need something strictly casual and for summer-use only, boat shoes may be a slightly better option for you.

The versatility of loafers does justify the price in most cases. Just be aware that there is a wide price range and you’re more than likely to find a pair in your budget if you look hard enough.

Should You Wear Boat Shoes Or Loafers With Shorts?

Although both boat shoes and loafers can be worn with shorts, you should let the formality of the occasion or setting guide your choice.

Shorts can be worn as casual, semi-casual, or smart-casual wear.

If we’re talking about casual shorts being worn to a truly casual setting, boat shoes would look great. For example, swimming shorts or casual linen on the beach.

But if we’re talking more along the lines of chino shorts and an Oxford shirt at a smart-casual summer garden party, reach for a pair of loafers instead.

The main principle here is that boat shoes are very casual, while the versatility of loafers will allow you to wear them in smart-casual settings as well.

So, should you wear socks?

When wearing shorts with boat shoes, it’s really up to you. Some men prefer to wear socks, while others don’t. Either option is completely fine.

Boat shoes were built with the sockless gentleman in mind.

But as I mentioned earlier, loafers should always be worn with socks for the sake of hygiene and comfort.

When wearing either of these shoes with socks, no-show socks or “invisible” socks are great. They give you the comfort of wearing socks while maintaining a sockless illusion.

Loafers Vs Moccasins Vs Boat Shoes

Moccasins are different to both loafers and boat shoes because they don’t have a separate outsole or heel.

They’re usually made from a single material and the lack of an outsole makes them very soft and comfortable to wear.

At the same time, they provide very little support at the heel and toe. Because of this, they’re far better suited to very casual settings or for the home where minimal walking is required.

Like loafers and boat shoes, moccasins do have a stitched upper seam. The moccasin was, in fact, a crucial inspiration for the design of the original loafer or “weejun” in Norway.

The loafer is just a much more versatile shoe than a moccasin. If you had to choose between the two as the only pair you’ll buy, the loafer would be a wiser choice.

Believe me, neither of them are going anywhere anytime soon.

They’ve both proven themselves to be globally recognized and even culturally important items of footwear.

Choosing between the two will mainly depend on your objectives, but also partly on your personal preferences.

Hopefully, this article has given you the knowledge to help you decide in the most effective way possible. 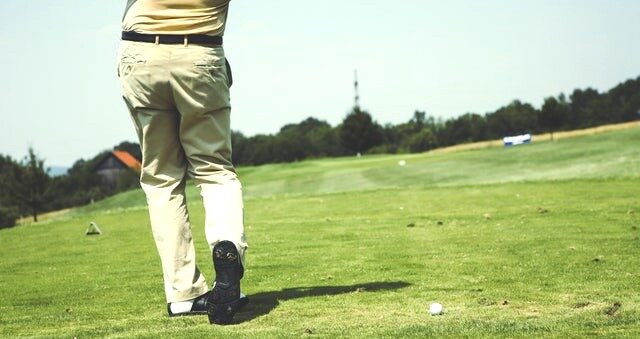 Can You Wear Chinos When Playing Golf?
← Read Last Post 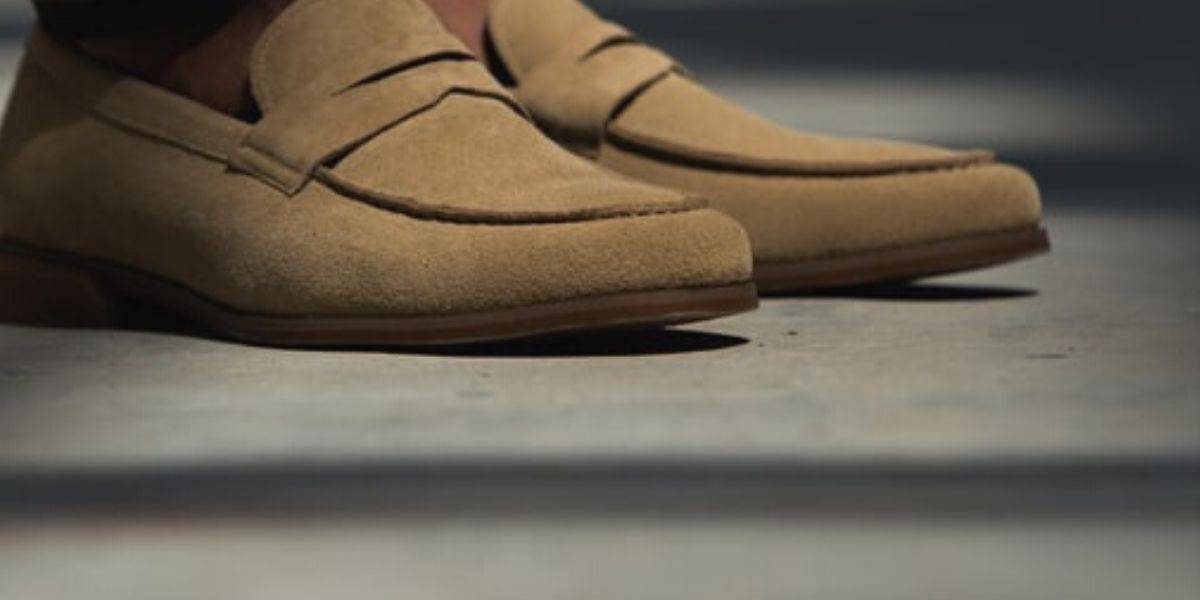