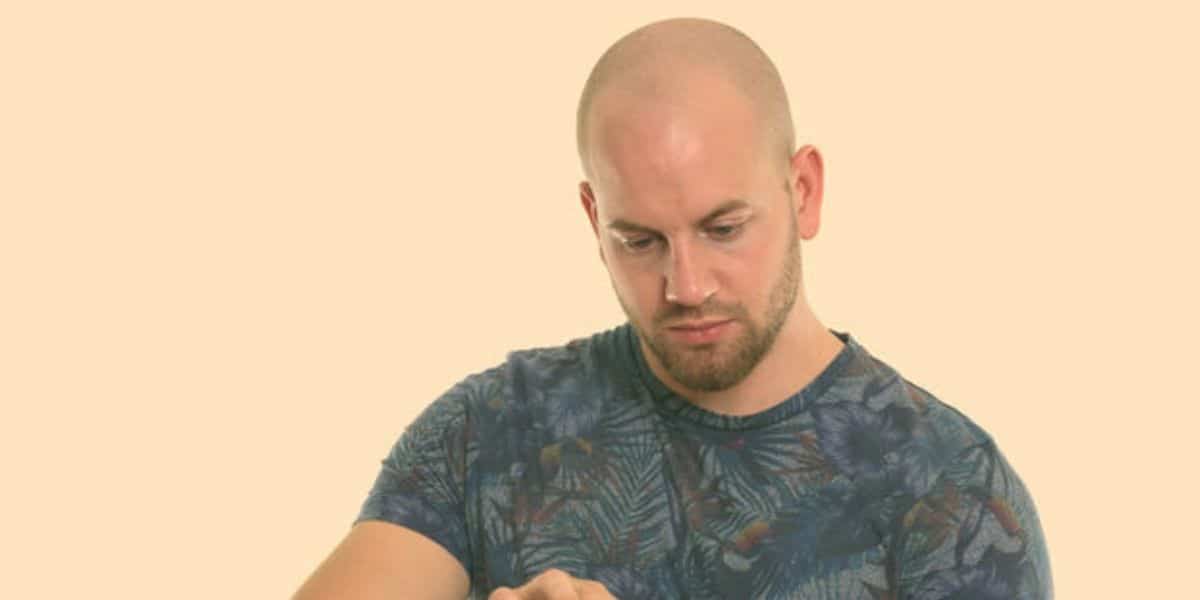 Going bald can take men by surprise. It’s usually paired with uncertainty about what the future may hold. In a panic, they may ask themselves whether they have a good head shape for going bald.

It’s true that certain head shapes do suit a bald head more than others. The main reason this is important is that a bald head makes the head shape very obvious. There’s no hair there to compensate or adjust.

In general, oval-shaped heads are considered the most aesthetically pleasing to the human eye. Head shapes with masculine jawlines also work well with bald domes, as you’d expect.

Although this is important to recognize, it’s something that shouldn’t be dwelled on for too long or stressed about.

Even if your head shape isn’t ideal for going bald, there are a couple of tips you could try to help you compensate for this. I’ll be going through them later on.

First I wanted to delve deeper into head shape and baldness to help clear up any misconceptions people may have. I know the topic can cause anxiety among balding men and so I feel it’s important to set the record straight from the start.

Are There Good Or Best Head Shapes For Going Bald?

For most people, the ideal head shape for going bald is oval. Traditionally, a lot of attention has been given to achieving an oval shape by stylists and hairdressers. Hairstyles are often designed with the almighty oval shape in mind.

A key issue with going bald is that you no longer have hair on the scalp to alter the head shape. Hair can’t be used to lengthen the face or add width to the forehead.

Ultimately, what you’re left with is your natural head shape on full display. This can leave men feeling quite exposed and is why the question of whether they have the “right” or “ideal” head shape for going bald is often on their mind.

However, it’s important to note that although a lot of importance is placed on an oval-shaped head, very few people are genetically fortunate enough to have this shape naturally.

There are other head shapes that also suit a bald head. Face shapes with a strong chin are also received well with a bald head. Examples include square, diamond, downward triangle, and rectangular head shapes.

Having a strong jawline adds contouring and structure to the bottom of the face to compensate for a naturally round, bald top. These sharp lines and angles add balance to the face and nicely contrast the round dome.

But it wouldn’t be right to assume there was a “perfect” head shape. Especially considering the huge amount of variety of head shapes among people.

Another important point is that it’s very difficult to get a good picture of what your head shape actually is until you’ve gone fully bald.

A tip would be to try trimming a very short haircut first, such as an induction-style buzz cut or a crew cut. This will give you a very good idea as to what your head shape actually is prior to going fully bald.

Of course, this is only an option if you’ve still got enough hair on top to do this. If you don’t, it’s not a problem. This is just a way to try and reduce uncertainty.

Ultimately, if you’ve got a symmetrical, well-proportioned face with a relatively strong chin, you’ll most likely look great bald.

Having said that, if you don’t, it’s not something to worry about whatsoever. There are things that can be done to compensate and improve the overall aesthetic even when completely bald. I’ll be discussing these tips later on.

That brings me to my next discussion point, however.

Are There Bad Or Worst Head Shapes For Going Bald?

It’s important to be careful when labeling a “bad” or “odd” or “weird” head shape for going bald. Baldness is almost never a choice and is something men have to live with regardless of what their head shape may be.

Although it’s true that certain head shapes are more desirable than others when balding, it’s crucial not to get hung up over whether or not you fall into this category.

That’s because what camp you fall into, there are things you can do to compensate. I’ll be talking about these a bit later on.

Generally, rounder head shapes are considered worse when going bald. As I mentioned earlier, bald men don’t have the benefit of being able to use their scalp hair to compensate for their face shape.

If they had hair they’d be able to sculpt and style it in such a way that their head shape is given a sharper structure. Essentially hair is great for contouring the top of the head.

Although a beautifully smooth dome can look fantastic, it does make your head shape very obvious. A round or oblong-shaped head with a distinct lack of sharp lines and contours would look even rounder when bald.

Again, this isn’t something to stress out about. Ultimately, these aren’t hard-and-fast rules. There’s no such thing as a “perfect” head shape for going bald because personal preference does play a huge role. Beauty is in the eye of the beholder, etc.

These are just general principles based on majority opinion to help guide you and prepare you.

If you do have a head shape you’d rather adjust when bald, there are certain tips that could potentially help you out.

Let’s talk about those.

Tips To Compensate For Head Shape When Going Bald

These may not all work for every single person, but there’s a good chance that at least one of them will do something. As with most aspects of men’s fashion and grooming, it’s all about incremental gains.

Making small improvements where possible and allowing these to compound on each other over time.

1. Grow A Beard And Put It To Work

Beards are phenomenal for bald men. It’s usually the first thing I recommend to bald men or even just balding men.

From a style-focused perspective, the look just often works. But it works best when the beard is grown with a purpose.

That purpose should be to achieve the most aesthetically pleasing face shape possible.

Yes, going bald may lead some men to feel unhappy about how round their face now looks. In fact, many men didn’t even realize their head shape was that round until they actually went bald.

This is because of how good their scalp hair previously was at compensating for it.

What the beard can do is essentially the same as what the head hair used to do. The beard can be used to contour the bottom of the head (face) in the same way that scalp hair previously contoured the top of the head.

For instance, a long, pointed goatee could elongate and add structure to the chin. Even a  simpler and less ostentatious beard could be used to add length to the chin and make the face look more oval-shaped overall.

The exact beard style you choose is down to personal preference and your specific face shape. It’s usually something you have to experiment with before you get it just right.

But it’s not enough to just grow a beard. Being bald means that a lot of attention will be placed on the beard. Because of this, it needs to be groomed properly.

By following these basic beard grooming habits and principles you’ll be left with an immaculately maintained beard that perfectly complements a bald head.

2. Use Glasses To Your Advantage

This may not be an option for a lot of people. Some men are blessed with perfect eyesight while others aren’t.

It’s interesting how a lot of men who don’t need glasses are actually envious of those who do, simply because of the style benefits.

If you happen to wear glasses, read on and learn why you must make sure you’re wearing the correct pair. If you don’t wear glasses, I’d recommend reading on anyway. You may well need them one day. Plus, fake glasses are sort of in trend – I’ll say no more about this, as I realize it’s a divisive topic.

Glasses should be utilized as a hugely useful fashion accessory and not just a tool for improving sight – although let’s be honest, this is probably the more important purpose.

There are a lot of articles out there explaining the importance of choosing the right pair of glasses for your face shape.

Being bald and having an extra layer of importance placed upon face shape makes the choice of your glasses all the more crucial.

I’ve written a whole article on shaved heads and glasses – the principles are the same as what we’re talking about here. I go into a lot more detail in it and so I won’t delve too deep here.

3. Work With The Hair You Have

You’d be surprised by just how much can be done with thinning and balding hair. You may have some way to go before ending up completely bald.

If you do have some hair on the top, it’s worth visiting your barber to see what can be done about it. A good barber is like a sculptor – he or she sees things you can’t because it’s their job to do so.

They’re able to use your specific head shape and your specific hair distribution to determine what can be done to make the result as aesthetically pleasing as possible.

A Crew Cut consists of hair on the top that’s longer than the sides that are buzzed down with a clipper. The high-and-tight is a variation of the Crew Cut.

You’d be surprised by how significantly thinning hair on top can be made more appealing by trimming styles such as this.

This one is a little different but bear with me.

So you’re now bald and bearded – that’s awesome. But this combination works so much better on men who are physically built and clearly look after their health.

Bald and ripped looks so much better than bald and chubby.

Although this isn’t as quick of a fix as the ones above, it’s a great habit to adopt for obvious reasons. Physical health tends to manifest itself aesthetically.

Even a little bit of fat loss can lead to a noticeably more chiseled appearance to the lower part of the face.

I’ll finish off by saying it one more time – do not obsess over this. There are no hard-and-fast rules when it comes to head shape and balding. Of course, there are men who defy the principles I’ve outlined above – honestly, I’m happy for them.

But this was just a guide to help you better understand why importance is placed upon head shape in the first place.

I also wanted to give you some tips and tricks to help you compensate for a head or face shape you may not be happy with when bald. It often isn’t a choice you voluntarily make, but it’s important to know that you do have options. 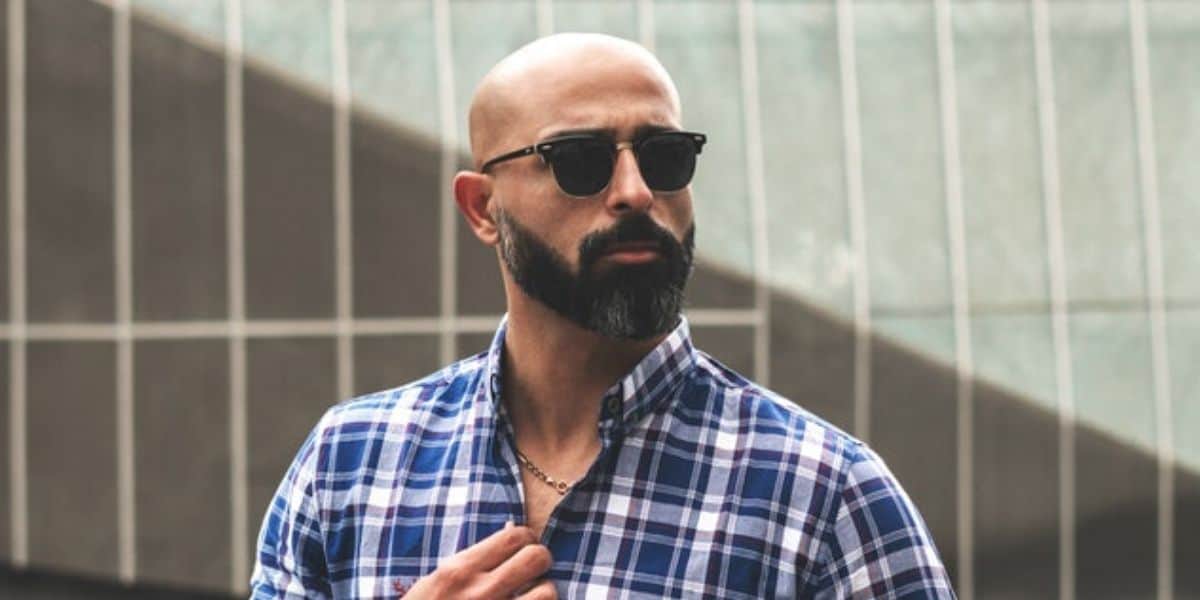 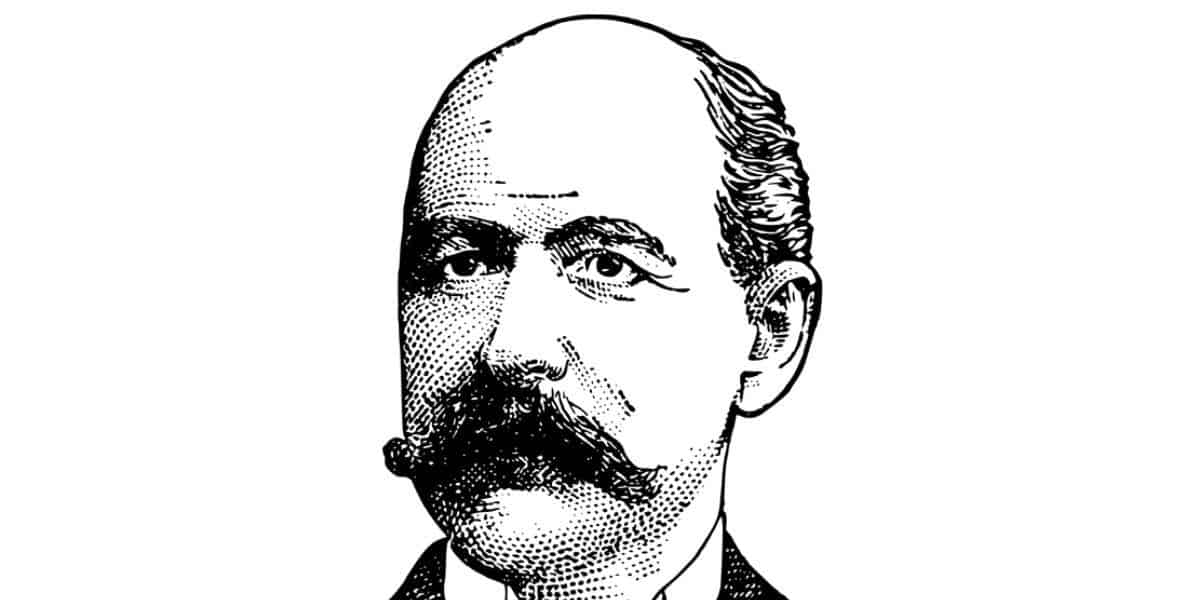 Bald On Top With Hair On The Sides: Name, Pictures, More
Read Next Post →
Comments are closed.