Long Hair And Going Bald: 13 Tips To Make It Work

It may sound like a tough task, but is it possible to make it work? Here’s what you need to know about long hair and going bald.

A man could be subtly thinning a little on top, at the crown, at the front, or more than likely a mixture of all of them. He could just be completely bald on top.

But the general belief is that long hair and baldness usually don’t go well together.

It’s unfortunate, but there are some pretty good reasons why that’s the case.

If you’re looking to make baldness less obvious, growing your hair out long probably isn’t going to be the best decision.

However, there are things that can be done to help you get away with it if you wish to.

I’m going to go through some tips for growing long hair while going bald to make things appear less obvious. I’ve split it into three categories based on the nature and severity of balding a man is likely to be experiencing.

Long Hair And Bald On Top

This is where a man is completely bald on top (not just thinning) but has long hair at the sides and back.

Given the nature of male baldness, this is the usual pattern you can expect if you allow your hair to grow out long while balding.

You’ll generally keep the hair at the sides and back while the hair on top sheds, with the loss starting at the crown and front hairline before meeting in the middle.

Here are a few tips if this is what you’ve got going on:

This may not sound like a tip, but it’s definitely worth starting with it.

In general, it won’t work as a style. If you’re willing to change things up, do it. It’s so hard to make it look aesthetically pleasing.

Well, when you’ve got thin or no hair on top, having long hair at the sides and back to contrast this just makes it look even more obvious.

It’s all about the contrast.

2. Keep That “Long” Hair As Short As Possible

If you were intent on having long hair at the sides and back, consider keeping it as short as possible.

Again, you want to reduce the contrast between the hair at the sides and back and the baldness on top.

The bald on top with hair on the sides is still tough to make work but is definitely better than having shoulder-length locks flowing from the sides and back.

3. Avoid Comb Overs At All Costs

As tempting as it may be, avoid combovers wherever and whenever possible.

Although it seems easy enough to sweep that long hair up and across that baldness on top, it won’t work.

In general, it usually just draws attention to it more than anything else.

Long Hair And A Bald Spot Or Thinning Crown

This is a little less obvious and a little easier to deal with.

It’s where a man has long hair, but a “spot” or patch of thinning hair or baldness at the crown which sits at the top of the back of the head.

This is a common area for men to start balding and, as always, having long hair on either side of a bald spot will make it look more obvious.

Here are a few tips:

1. Use The Right Product

When you’ve got a bald spot or thinning crown surrounded by long hair, you may be able to disguise the thinning by building volume.

Overall, slickness and greasiness will flatten the hair on either side of the bald spot and make it look more noticeable.

So, avoid “shinier” products like gels, pomades, and even the greasier waxes.

What you want to do is create lift and volume around the bald spot, fluffing the hair around it enough to make it look less obvious.

Here’s where using the right product can really help.

Products that give you a matte or low-shine finish, as well as make it easy for you to build volume with are ideal.

Hair clays can do this, as can hair pastes. Volumizing powders may also be worth checking out but aren’t for everyone.

2. Blow Dry Instead Of Air-Drying

Blow-drying is another good way of using the power of building volume to mask a thinning crown.

Lifting the long hair on either side of the bald spot to the point where that spot is just less visible and less noticeable.

As always, don’t go too heavy on the heat settings and keep enough distance between the nozzle and your hair itself.

Using a pre-styler with heat-protectant properties before blow-drying is also a good idea. There are pre-stylers that focus on building volume and fullness before anything else.

Layering is a thinning man’s best friend. A textured style is one where the strands of hair appear separated and in layers, instead of slick and uniform.

Using the right product, as discussed in the first tip, is important when trying to build texture. It’s easier to do so with products like clays and pastes than it is with pomades and gels, for instance.

Finger-tousling around the thinning area will create some separation and texture if combined with the right, matte-finish product while blow-drying.

But the key to a layered style is getting the right cut.

Visit your barber and ask them whether they’d be able to help you mask the thinning spot by cutting it the right way.

They see this all the time and may know exactly what you need.

A man bun is where long hair at the back is tied into a rounded knot. Although the exact area over which it is knotted can vary, over the crown is a pretty common one.

As you’d expect, for men with long hair and a bald spot or thinning crown, this could be ideal.

They tame that long hair and keep it tidy within a neatly wrapped bun, but also manage to use that bun to cover up an area of thinning.

It’s one of those styles that won’t be for everyone by any means.

The style also isn’t quite as popular as it used to be.

However, there are still plenty of long-haired men that have it as their style of choice. It’s attention-grabbing for sure, but it’s also relatively low-maintenance.

It definitely has its benefits.

5. (Potentially) Consider A Comb Over

OK – I know this might sound like I’m contradicting what I said earlier for men with long hair that are bald on top but hear me out.

Yes, if you’ve got long hair at the sides and back and you’re completely bald on top, avoid comb-overs at all costs.

But if you’ve got long hair and a mild bald spot or a thinning crown, you may well be able to disguise it with a subtle comb-over across it without drawing too much attention.

Try it out and see for yourself.

The smaller the area of thinning, the easier and less obvious it’ll be to sweep some of that long hair across and cover it up.

It can be a difficult thing to visualize as it’s at the back of your head.

Use a handheld mirror to reflect off of your bathroom mirror to properly see it. Even better, ask for the opinion of a trusted loved one.

Long Hair And A Receding Hairline

This is where you’ve got long hair, but visible receding or thinning at the temples. This is another common pattern and is also often the first area men start to notice thinning.

Once again, the longer the hair around it, the more obvious receding hairlines can look.

Here are some tips for men who have this and want to make it work:

1. Consider Going Long On Top And Short On The Sides

Going short on the sides and back is a good way to make a receding hairline look less obvious, despite keeping the hair on top long in contrast to it.

“Fading the sides” is where there is a very gradual increase in length from the bottom of the sides (and back) up to the top.

This leads to an intricate and blended appearance with a variety of different lengths.

The higher up the sides and back this transition from short to long occurs (the transition point), the higher the fade is said to be.

With “high fades”, the transition point is very high up – near the temples usually.

The reason a high fade makes receding hairlines look less obvious is that the ultra-short hair at the sides almost absorbs the bare patches at the temples.

This makes them look less obvious.

High fades aren’t for everyone as they’re pretty attention-grabbing. Having said that, they’re popular and aren’t going anywhere any time soon.

They can also be incorporated into most styles. In other words, you can do whatever you like with the hair on top while having the sides and back faded.

3. Try Out A Fringe Style

The benefit of having long hair is that you can flop it forward if you wish to.

But the risk is that it looks immature or simply makes you look too young.

What you want is a proper and fashionable fringe style that actually looks like you know what you’re doing with it.

French Crops and Caesar Cuts are both good options.

Having the long hair at the front lay forward like this is a good way to make receding hairlines less obvious.

Textured and spiked quiffs are a good example.

Ultimately, having a “messy yet structured” look at the front near the temples should help disguise thinning temples.

You can still slick a bit of hair forward and over your temples, if the bare area is small enough to cover up without making it obvious that’s what you’re doing.

Slicking back long hair is not a good idea if you’re looking to make receding temples less obvious.

As you’d expect, it does the opposite.

Although it may seem obvious, avoid slicking the hair back whenever possible and instead go for a style where the hair at the front flops forward into a fringe (eg. French Crops, Caesar Cuts) or is tousled, “messy”, and voluminous.

It may not be easy, but it isn’t impossible to make it work.

After years and years of enjoying long hair, facing the prospect of balding can be a pretty daunting experience.

See if the tips in this article help make things a little easier for you. 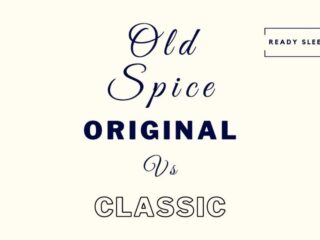 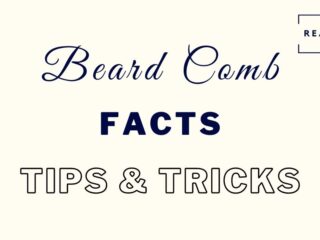