11 Things A Man Bun Says About You 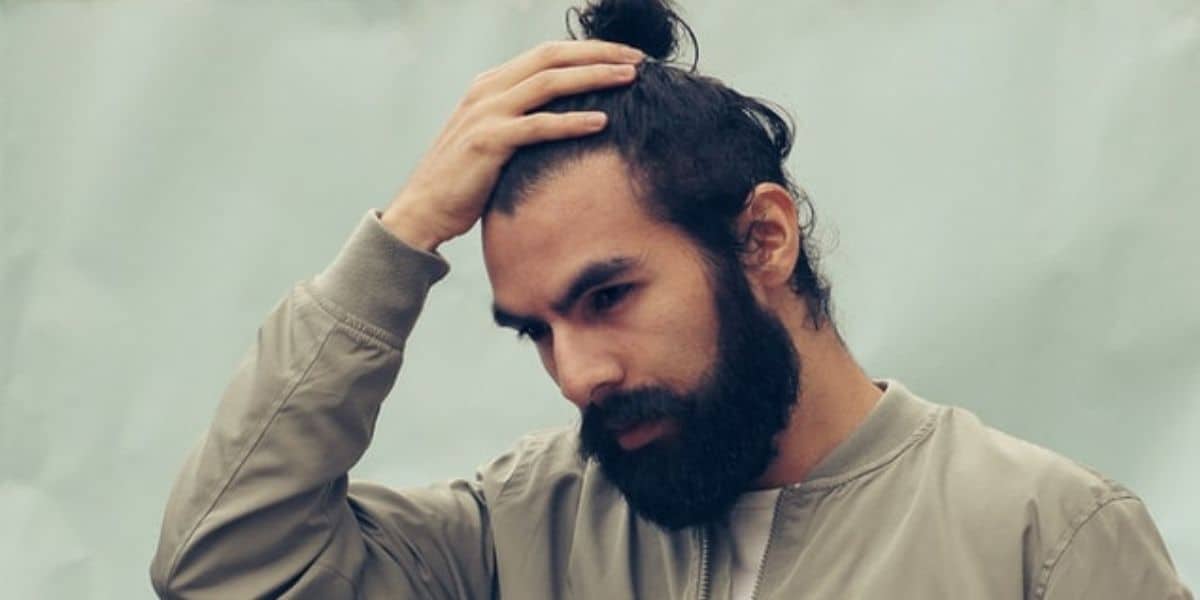 Few hairstyles divide opinion like the man bun. As its popularity has grown, it has gained as many lovers as it has haters. It begs the question, what does a man bun say about you?

Man buns can say that a man is confident, willing to challenge gender stereotypes, willing to commit to high maintenance style, and so much more.

It’s divisive nature might seem strange to some, as the man bun is a relatively simple hairstyle.

It does, however, come in a wide variety of forms. At one end of the spectrum, you have a full man bun, where a full head of long hair is tied into a bun at the top of the head.

At the other end, you have a severe undercut on the sides and back, with short to mid-length hair on top that’s tied into a little knot.

We’re going to look at all the different ways in which the man bun is interpreted, and after this article, you should know for certain what your man bun says about you.

11 Things A Man Bun Says About You

Not all of these will be relevant to you.

However, there’s a great chance that some of them will speak directly into your soul and have you nodding in unwavering agreement.

If any haircut signifies ‘hipster’ above all others, then it’s got to be the man bun with shaved sides.

You only need to walk around uber-fashionable neighbourhoods like Brooklyn’s Williamsburg or London’s Shoreditch to see that the man bun is the style of choice for most discerning hipsters.

So, if you’re rocking a man bun, then there’s a good chance that you’ve got an affinity for hipster-ish vibes.

Some haircuts ooze confidence. A man bun is one of them. There’s a reason why some seriously A-list celebrities have worn this haircut in the past.

Sure, it brings prominence to their most chiselled features. Yes, aesthetically, it really does work.

But it also screams out a sense of self-assuredness when it comes to style.

It draws attention. Styling a man bun lets people know that you’re not afraid of catching the eye.

On the contrary – you welcome it.

You wear it knowing that not everyone will love it.

This willingness to divide opinion exudes confidence, and there’s nothing more attractive than a man with confidence.

Go through the list of most popular male haircuts and consider their names. The buzz cut. The Caesar cut. The pompadour.

None of them are precursed with ‘man’, as is the case with the man bun.

Why? Well, in Western culture over the last few hundred years, the bun has been an exclusively female hairstyle.

A man with a bun is a man who knows that this hairstyle has been gendered for too long.

It’s the 21st century and the man bun definitely represents our new willingness to embrace a more progressive sense of style.

It questions what masculinity is and what it can be.

4. You’re Not Afraid To Commit

To grow your hair long, you need to be able to keep your eyes on the prize and focus on the long game.

If you’ve got a man bun, then you’ve looked in the mirror more than once during the growing process, questioned if the awkward stage was worth persevering through, and answered in the affirmative.

This speaks volumes about a man. About his sense of style, as well as his personality in general.

5. You May Be A Little Lazy

Then again , there are always going to be haters out there.

These are people who observe long hair on a man and don’t see all the dedication and hard work they’ve put into producing a fashionable hairstyle.

Instead, they see laziness.

This is wrong, of course.

But it can’t be ignored that any form of long hair on a man can suggest to some people that idleness and an unwillingness to visit the barber is the true reason why you’ve let your hair grow.

This may not be the case with you whatsoever. It’s just something to bear in mind.

You can’t get away with neglecting your hair when it’s long.

If you don’t use a quality shampoo and conditioner, as well as brush your hair regularly, it’ll lead to a greasy bun.

You may also appreciate a good volumizing cream, sea salt spray, or any of the infinite number of men’s styling products out there right now.

You don’t just appreciate them – you actually know how to use them.

A man with a well-cared-for bun is a man who knows how to use hair products properly.

He’ll also know that he needs to keep an eye out for split ends, and anything else that might harm the quality of his hairstyle.

If the short back and sides is the epitome of conservatism, then long hair signifies a willingness to break the rules.

Tying your long locks into a bun might show restraint, but it’s clear enough that if you want to, you only need to loosen the bun and your hair can flow freely.

Long hair and counter-culture has gone hand-in-hand since the 1960s. Since then, it’s become a staple haircut of rock stars, and it still has an air of rebelliousness to it.

Long hair might signify rebelliousness. But the man bun is an artful hairstyle that requires time and dedication to get right.

You might give the impression to the uninitiated that you simply rolled out of bed, fetched a scrunchie, and tied up your hair without even jumping in the shower.

But anyone who has ever tied a neat, tight bun that doesn’t have any stray hairs knows that it isn’t this easy.

9. You May Be A Fan Of Samurai Culture

Admittedly, it’s unlikely that you’ll be stopped in the street and asked where your katana sword is simply because you have a man bun.

But it’s important to understand the cultural connotations of your hairstyle.

The chonmage is a similar hairstyle to a man bun that was worn by samurai warriors.

There were, however, many variations of the chonmage, and lots of them don’t resemble the man bun.

In modern times, the chonmage is still worn by sumo wrestlers.

It’s unlikely this is the sole reason you choose to wear one. But there may be a chance you dig this aesthetic.

OK – this one may not say much about you specifically, but it’s an interesting little history factoid for you nonetheless.

During Roman times, many of the empire’s enemies fashioned their hair into a bun – or topknot – and this hairstyle came to be looked on with disdain by the Romans because of its association with the people that wore it.

See? Way more to this style than you thought, right?

As I mentioned, the man bun is a divisive hairstyle. Some love it, and some aren’t as keen.

It’s unavoidable that there will be people who see you and aren’t immediately loving the bun.

The beauty of it is, you don’t really care.

You dress for you and no one else.

Like any hairstyle or fashion choice that divides opinion, the man bun will say something different about you depending on who perceives it.

If there’s one thing for certain, the man bun is a statement. What it says will often depend on who is listening.

Ultimately, all that matters is what your man bun says to you and you alone. 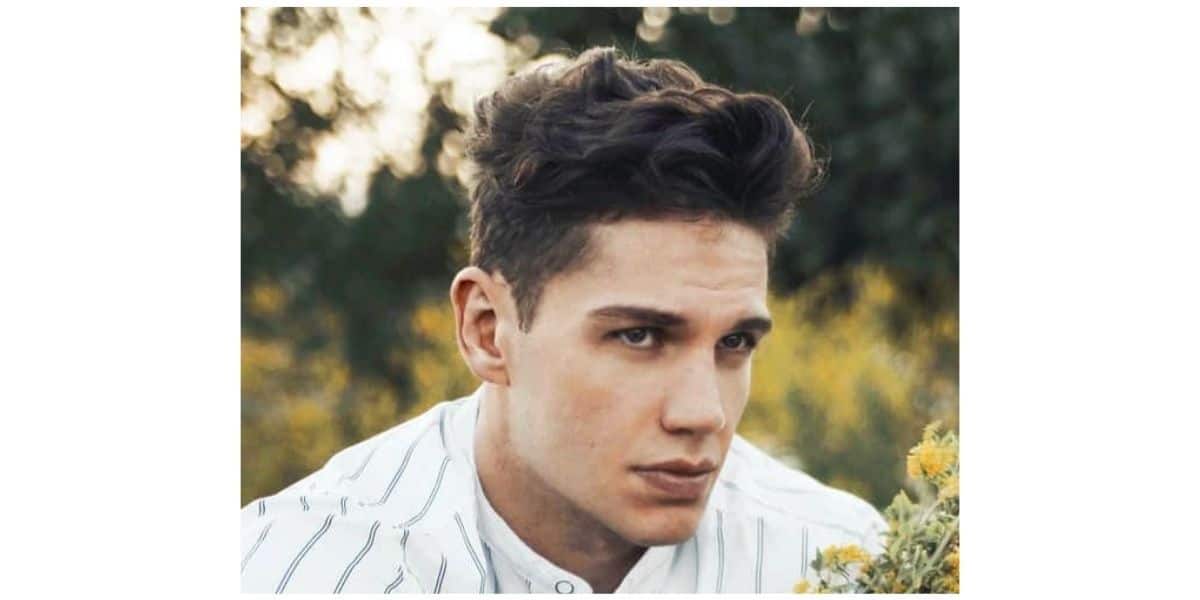 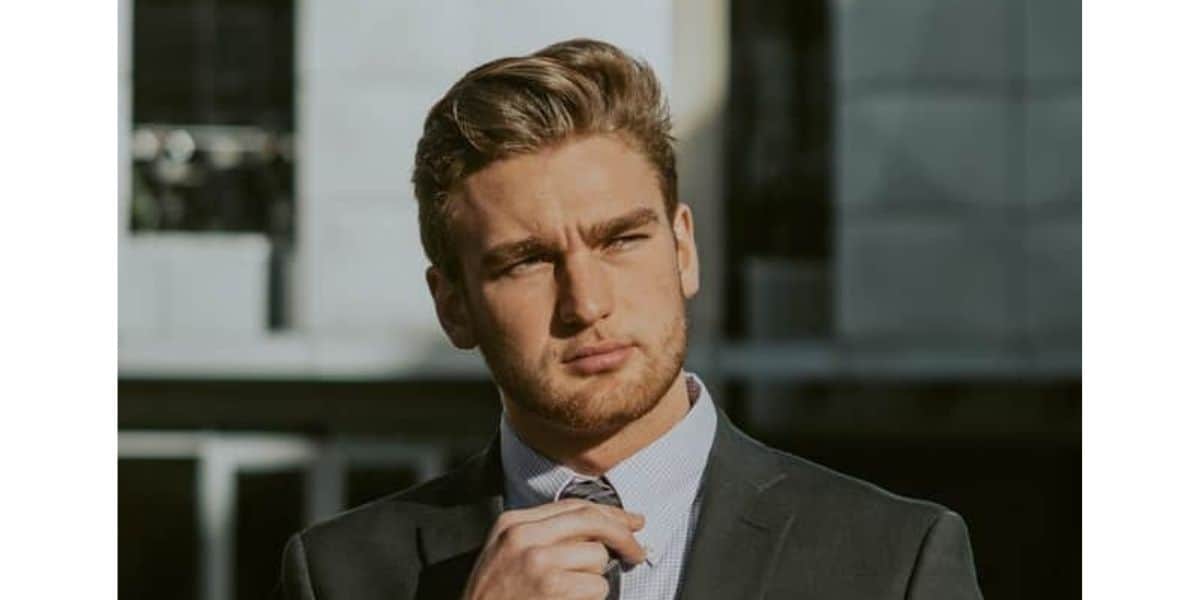