Let’s face it. Oiling those clippers is crucial. But that little bottle of oil it came with isn’t going to last forever. So, what are the best hair clipper oil alternatives?

Those are the cliff notes, but I wanted to dig deeper.

There is so much conflicting information online regarding what can and can’t be used as clipper oil.

I’m about to address all of these suggested alternatives to really clear things up. But first, it’s important to understand what makes a good clipper oil alternative in the first place.

Features To Look For In Hair Clipper Oil Alternatives

Oiling your clippers will reduce friction, heat, and rust formation. It’ll ensure your clipper is comfortable to use, trims very efficiently, and lasts as long as it should.

But using the wrong oil on those clippers can wreak havoc with the blades.

You’ll want to use an oil that’s low-viscosity (thin). This should allow it to seep in and around the blades properly without gumming up.

Using an oil that’s too thick or heavy can cause clogging, leaving the blades even less lubricated than before.

You’ll also want to make sure your clipper oil alternative is able to withstand high temperatures.

Have you ever really looked at your clipper blades while it’s turned on? They slide past each other extremely quickly.

Using hair clipper oil alternatives like this does make it even more important that you’re using a good pair of clippers with blades able to withstand wear and tear.

The Wahl Elite Pro clippers are high quality and able to do just that, yet affordable at the same time. Check them out on if you’re interested.

Two good alternatives to hair clipper oil are mineral oil and baby oil. They are low viscosity and can handle high temperatures.

It’s a good idea to keep it simple when selecting the best options. The most obvious way would be to pick oils that are similar in consistency to actual clipper oil.

Don’t get me wrong – these two aren’t the only options. In fact, I’ll be listing other possible alternatives down below as well.

But it’s important to understand why these two are the best.

Mineral oil works well on hair clippers because it’s low-viscosity and can also withstand the high temperatures generated by the clipper blades.

The regular clipper oil that comes with your clippers is essentially just refined mineral oil anyway.

It’s used as a key ingredient because it’s inert (i.e inactive) and very chemically stable. Because of this, it’s used in plenty of skin products.

You should be able to buy mineral oil from a pharmacy or even a livestock feed store.

Baby oil works very well as a hair clipper oil because it’s essentially just mineral oil with the addition of fragrances. It’s low-viscosity and also absolutely fine to use on the scalp.

Although it’s a very reasonable substitute, it may not be as good as mineral oil.

The reason for this is that the fragrances may not be to every man’s liking. For one, fragrances can sometimes trigger allergies.

Having said this, there’s nothing about baby oil that would harm the clipper or its blades.

Can You Use WD40 On Hair Clippers?

WD40 should not be used on hair clippers because it is a water displacer and not a true oil. It will not properly lubricate the blades.

It may help to clean the blades and also prevent rust formation, but it shouldn’t be expected to act as a lubricant.

In addition, it’s a little too thick and may cause some clogging.

It’s unfortunate because it’s a commonly used item that’s often found in the household. But don’t be tempted into using it.

Can You Use 3 In 1 Oil On Hair Clippers?

3 In 1 Oil is an excellent lubricant and will work as a hair clipper oil alternative, but may not be an oil the average man wants in contact with his hair.

In general, an oil such as mineral oil or baby oil would be safer to use on your clippers; a device that will regularly come into contact with your hair.

Having said this, some may argue that if the excess is removed and the hair is washed afterward anyway, it isn’t a problem.

Each to their own, but it probably isn’t a good idea.

Can You Use Coconut Oil On Hair Clippers?

Coconut oil is too thick to be used on hair clippers and some men will find it hard to get used to the smell.

As with most organic oils, it will have a partially lubricating effect in the short term. However, over time you’ll find that it starts to gum up.

The gunk and residue that builds between the blades will start to clog it up. This will lead to more friction, more heat, and worse trims.

Coconut oil may have its benefits for the hair itself, but using it on clippers is not a good idea.

Can You Use Silicone Oil On Hair Clippers?

Silicone oil or silicone grease can be used on hair clippers. It’s lubricating, affordable, and has a low viscosity index.

It’s important to wash your hair after using the silicone-lined clipper blades to trim.

Silicone oil can trap dirt and dead cells and isn’t something you want lying around on your scalp for too long.

Can You Use Canola Oil On Hair Clippers?

Canola oil shouldn’t be used on hair clippers because it is too thick and will clog up the blades. It’s an organic vegetable oil and so will also eventually become rancid over time.

As with most cooking oils, it’s able to withstand high temperatures. That’s one thing it’s got going for it.

But its high viscosity just makes it unsuitable for use on a hair clipper.

It can be tempting to go for a cooking oil such as canola oil when looking for a substitute. After all, they’re so easily accessible and available in most households.

But they generally do more harm than good. Avoid it.

Can You Use Sewing Machine Oil On Hair Clippers?

Sewing machine oil shouldn’t be used on hair clippers because it is a petroleum product.

It has the obvious benefit of being an excellent lubricant. But in general, try and avoid using petroleum oils on products that’ll come into contact with your hair and skin.

Although mineral oil is technically produced by a petroleum extraction process, it isn’t a “petroleum oil” as such. It’s chemically stable and inactive.

Can You Use Olive Oil On Hair Clippers?

Olive oil should not be used on hair clippers because it is too thick and will clog up the blades over time. It’s also a vegetable oil and can be expected to turn rancid eventually.

This can be frustrating to hear, simply because it seems like such an obvious choice. There aren’t many households that don’t have a bottle of olive oil available.

But as with canola oil, it’ll do more harm than good.

Plus, it’s worth mentioning that extra virgin olive oil isn’t able to withstand high temperatures either. So it doesn’t even have the one benefit that other cooking oils may have when it comes to hair clipper oiling.

Can You Use Beard Oil On Hair Clippers?

Beard oil is too high in viscosity to use on hair clippers and will cause any loose hairs around the blades to clog up.

It has fantastic moisturizing properties, but it should never be used as a lubricant for any device.

Although it’s perfectly hygienic, it wouldn’t penetrate in and around the blades as well as mineral oil would, for instance.

Plus, beard oil isn’t cheap, and using it for any purpose other than beard grooming would be wasteful.

Can You Use Jojoba Oil On Hair Clippers?

Jojoba oil shouldn’t be used on hair clippers because of its high viscosity (thickness), despite being able to withstand high temperatures.

It would not be an effective lubricating oil and will gum up the clipper blades over time.

It has some positive qualities, including being colorless, odorless, and is more shelf-stable than other vegetable oils.

Plus it’s very moisturizing and perfectly suited for coming into contact with hair.

However, it will not adequately reduce the friction between quick-moving blades and will cause clogging over time.

Can You Use Vegetable Oil On Hair Clippers?

Pure vegetable oil should never be used as hair clipper oil because it is too thick for use over the long term. Plus, the organic, oxidizing oil will turn rancid eventually.

It’s just as tempting to use vegetable oil as it is to use olive or canola oil. But in much the same way, it’s not suitable or reliable for use as a clipper oil alternative.

Hopefully, this was as complete of a summary as you could have hoped for.

If you were wondering whether you could use a specific oil as a reasonable alternative, the answer was probably in this guide.

If you aren’t keen on buying a bottle of regular clipper oil (by Wahl, for instance), yes – there are potential substitutes.

You just have to be careful about which one you choose. 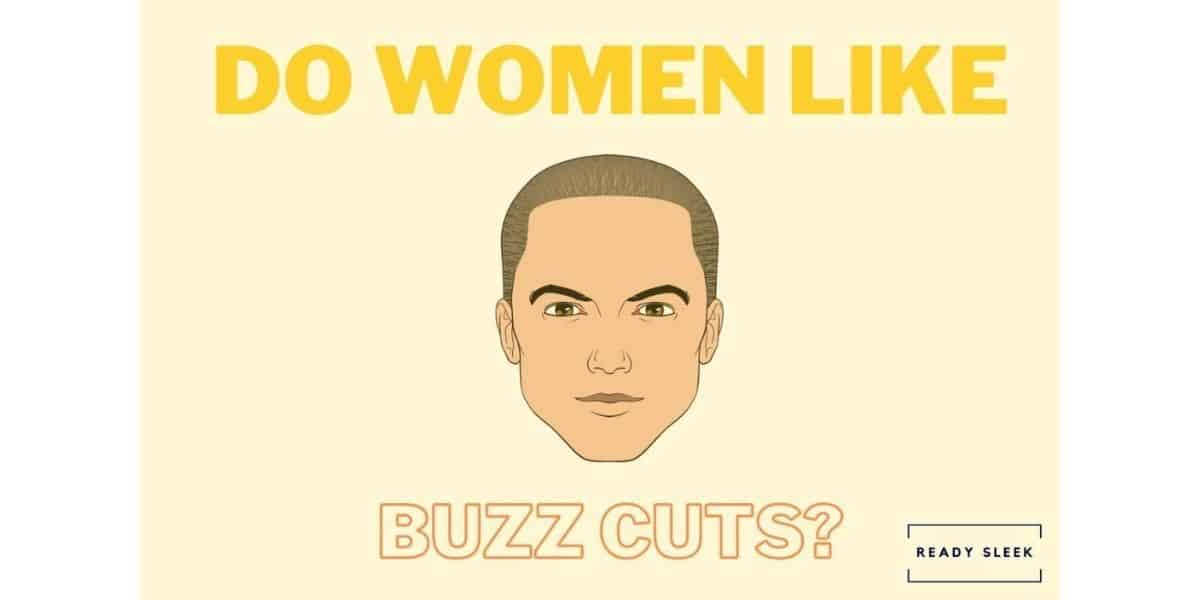 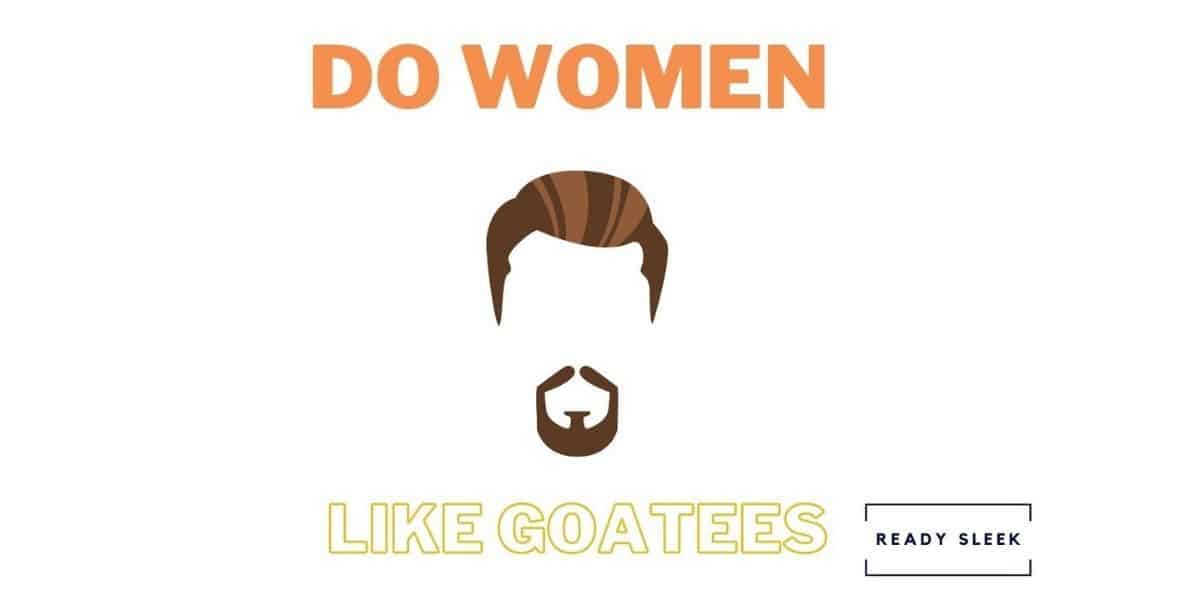