When it comes to men’s style, fortune favors the bold. This hairstyle is as bold as they come. It turns heads and doesn’t apologize for it. Let’s talk about the man bun undercut fade.

Although it isn’t exactly common, it isn’t rare by any means.

It’s slowly increasing in popularity and it’s a style that any medium-long haired man could craft for themselves.

Before I delve deep into 5 glorious examples of this cut, let’s briefly go through exactly what it consists of.

What Is A Man Bun Undercut Fade?

In a man bun undercut fade, the hair on top is pulled back and tied into a tight coil. The hair on the sides and back, however, is clipped much shorter.

This is typical of any undercut variation.

The “fade” refers to the fact that the hair on the sides and back usually very gradually increases in length from the top to the bottom.

This fade could be very, very subtle.

A “skin fade” is one where the fade is down to the level of the skin. In other words, a “bald” fade.

Ultimately, the two most dominant features of man bun undercut fade would be the man bun and the undercut.

A key benefit of this style is that it allows men with relatively short hair to style a man bun.

But you don’t have to wait until the sides and back are long enough to form a regular, full man bun at the back.

The sides and back are trimmed much shorter, allowing you to focus solely on the hair on top.

The style is sometimes called a “top knot”.

Use this as a guide to inspire your man-bunned style decisions.

A “high” man bun is one that sits further forward on your head. Usually, this would be above the level of the crown.

In contrast, a man bun that sits at the level of the crown is called a “regular” man bun.

A high bun is pretty in-your-face. It’s immediately obvious when viewed from front-on.

It’s usually the only option for men whose hair is on the shorter side. The shorter the hair, the smaller the man bun will be and the further forward it will have to sit on the head.

This isn’t by any means a bad thing. There are plenty of men who just prefer the look of a high man bun, as opposed to a regular or low one.

As you can see, the sides and back are clipped short. In addition, there’s a fade that’s most prominent between the top of the ear and the temple.

Put all of this together and you’ve got a high man bun with an undercut and a mid-fade.

It’s a fantastic style for any man looking to make a statement.

Plus, it looks great with a beard, as you can see from the photo above. The contrast between the faded sides and the fullness of the beard is very impressive.

Taking things even further, this style is a great example of a man bun that lies even more toward the front.

Plus, it uses a bit of color contrast and dye to make the bun stand out even more.

As you can see, the hair doesn’t need to be very long in order to pull this one off. You could quite comfortably style this using 6-7 inches of length.

This is a disconnected undercut because there’s a hard line between the top and the sides and back.

It’s one of the boldest variations of the undercut and will definitely draw attention. Some men may prefer something a little more subtle, but for others, this may be just what they need.

Something that grabs attention immediately and makes a statement while doing it.

Definitely one to consider if you feel this appeals to you.

Let’s take that bun down a notch.

This is what you could call a “regular” man bun because it sits around the level of the crown. It’s the commonest area to actually find a man bun.

It’s more subtle than a high one because it isn’t as visible from a front-on view.

However, the hair does need to be long enough to group together and tie so far back.

A common problem when the hair is too short to do this is that hair will refuse to stay within the bun. You’ll get hair sticking and spiking upward toward the front.

But if your hair is long enough to pull it off and you’re a fan of subtlety, regular man buns may be the way to go.

It’s also clearly a “neat” man bun as opposed to a “messy” one.

Neat man buns often work very well with undercuts because the neat, short sides and back complement a tidy and compact bun.

The fade here is subtle. It’s low because it starts just above the level of the ear before gradually increasing in length upward.

The side profile is a great way to show you exactly what a beard can do to adjust the shape of the face for any man bun style.

Man buns have a tendency to exaggerate the face shape. This is because the hair is pulled tighter against the scalp, so you can’t use it to adjust for the shape of the face.

For example, a round face would look rounder, and you wouldn’t be able to quiff up the hair in order to counteract this.

But beards can be used to do this instead. In the picture above, the pointedness of the beard at the chin adds length, strength, and structure to the chin.

It gives the face a very masculine edge and the appearance of a strong bone structure. It’s one of the reasons man buns and beards often go hand-in-hand.

Having said that, sometimes, clean-shaven or lightly-stubbled can look pretty awesome with a man bun too.

This is an example of a neat, regular man bun, with a disconnected undercut and a skin fade.

As I mentioned earlier, a skin fade is where the sides and back are faded down to the skin.

In other words, the bottom would be completely shaved before gradually increasing in length upward.

So the sides and back are about as short as you could physically get.

The photo above is an example of a skin fade where the length increases only very slightly as you go from top to bottom. At most, you’ve got light to medium stubble toward the top as you approach the top.

Glasses go very well with man buns because, much like beards, they can be used to add balance and contrast to the shape of the face.

For example, someone that finds that tying a man bun makes their face look too round could wear glasses with more angular and narrow frames to balance this out.

This one might be controversial, purely due to the definition.

Is it a man bun or a ponytail? As you can see, the hair isn’t exactly coiled tightly into a man bun.

But at the same time, it looks so short that it might as well be called a man bun. It’s at the right kind of height to be called a “regular” one.

Either way, this style is perfect if you haven’t got quite enough length to tie a proper, fuller man bun.

You can simply leave the tufts of hair sticking out like a ponytail.

Men with curlier hair could even try fanning their hair out to make it look more like a coiled man bun.

It’s a trick worth trying if you’ve got shorter hair but still want that conventional man bun appearance.

The style has a pretty glorious aesthetic and works very well with an undercut. The clipped sides and back just makes the whole style look so slick and clean.

It would work well with a fade at any level, but if you weren’t sure what to go for, a low fade is always a safe bet.

Once again, the long, full beard is a very nice way to compliment it indeed. The contrast is just fantastic.

There are plenty of man bun styles that are much more subtle and understated if that’s what you’re looking for.

But many men are looking for ways to use their hair to stand out from the crowd. Ways to make a statement and express themselves, to use style to reflect their daring and adventurous personalities.

This one is a great example of a style that does just that.

As you can see, there are plenty of different ways to do it. As long as you’ve got a good barber you can trust, there’s no reason why you shouldn’t experiment and try them out.

Have fun with it. 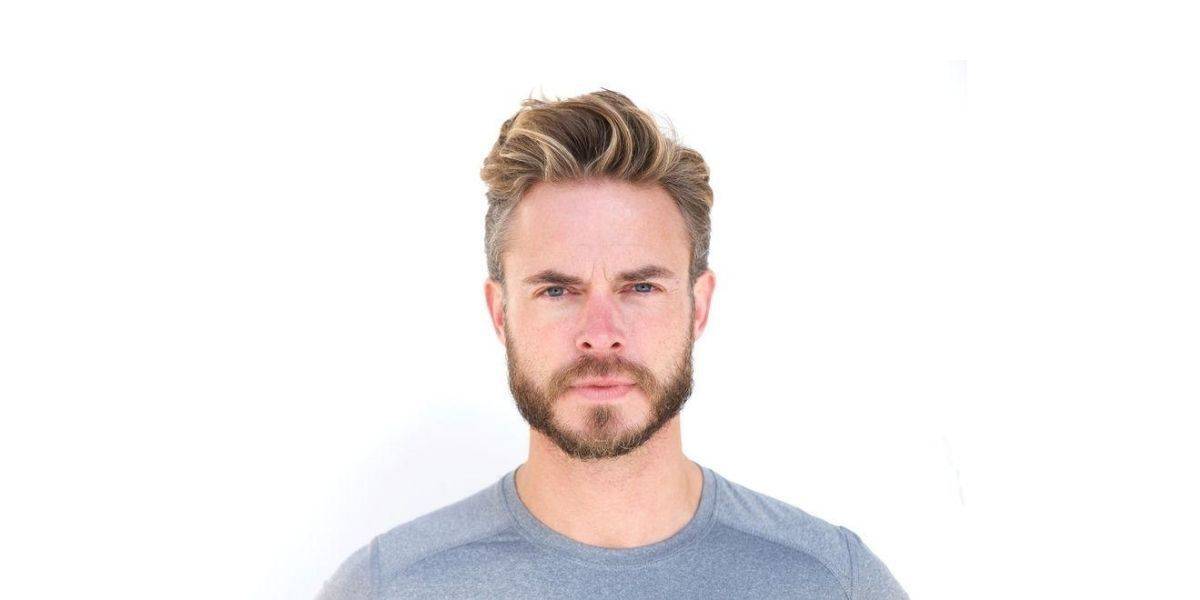 7 Easy Fixes For Asymmetrical And Uneven Beards
Read Next Post →
Comments are closed.