Hair Clipper Oil: Everything You Need To Know (And More)

Poor maintenance of grooming tools is an easy trap to fall into. Hair clippers are no exception. Because of that, you’re about to learn everything you need to know about clipper oil.

Don’t get me wrong – it isn’t rocket science. But so many men either flat out refuse to use it or don’t know how to use it properly.

Here’s the downside of that: those clippers are going to get worn down quicker and won’t last you long.

That means the trims will get worse and you’ll find yourself having to replace those clippers way more often than you’d otherwise have to.

So, not using clipper oil is costing you money.

Here’s what you need to know:

You need to know what clipper oil does and how to use it. You’re about to get all of that (and more).

What Is Clipper Oil?

Clipper oil is a lubricating oil that usually comes with the device itself. When applied to the blades what it does reduces friction, leading to less wear-and-tear, more effective trims, and a longer-lasting pair of clippers.

You can spot a worn-out pair of clippers pretty easily. The blades are darker due to all the grinding and there will be more tugging and pulling as you trim.

A common misconception is that coolants and disinfectants that are sometimes used on clippers are the same as clipper oil.

They don’t have lubricating properties in the same way that clipper oil does and shouldn’t be used instead of it.

What you need from a proper, lubricating clipper oil is a low-viscosity (i.e thin) and the ability to withstand high temperatures.

Not super-low viscosity like water, for instance. When the viscosity is that low it won’t provide enough protection.

But clipper oil needs to be thin enough to get in and around the blades and provide a proper lubricating coating without clogging everything up.

But it also needs to be able to tolerate the high temperatures generated by blades rubbing against each other extremely fast.

Although there are DIY alternatives to clipper oil that can be used, it’s generally best to use the oil that would (most likely) have come with the pair of clippers itself.

What Kind Of Oil Is Clipper Oil?

Clipper oil usually contains refined mineral oil, together with additives to preserve it.

Mineral oil is often used because it’s chemically inactive (i.e inert) and stable. Because of this, you’ll find it in plenty of products used on or near the skin.

How To Use And Apply Clipper Oil

Here’s a quick, step-by-step routine you can use to oil your clippers in the most effective way possible each and every time.

If your clippers didn’t come with any, using Wahl’s blade oil ( Link) would be fine no matter what brand you’re using.

When you use your clippers, some stray hairs will definitely get stuck between the blades over time.

This excess hair clogs up the blades and causes the clipper to tug and pull as you use it. Just like unoiled blades, clogged hair is a common reason for poor trims.

You’ll want to get rid of this hair before you oil it because the oil will simply add to the accumulated gunk and the lubrication won’t be as effective.

To remove this hair, gently brush around the blades with a brush trying to get rid of hair and old oil. Many clippers come with a little brush designed for exactly this purpose.

If you don’t have one, a toothbrush would be absolutely fine.

You should also remove the blade from the clipper now and again so you can brush underneath it. Because you may need to unscrew the blade to remove it, you might not do this as often, but it’s important to do it occasionally.

You could also use one of those craft pipe cleaners to simply push underneath the blade and force out the gunk under it. This may prevent you from having to remove the whole blade itself.

What you want to end up with is a nice, thin, even film of clipper oil along the entire length of the teeth of the blade.

So, how much clipper oil should you use?

Use three drops of clipper oil. Apply one drop to one end of the blade, one drop to the other end, and one drop in the center. Then, tilt the blade until you get an even film along the length of the blade.

It’s important not to use too much.

Although using more clipper oil will prevent the blades from getting hot, it will also clog up the blades. This leads to the opposite of the desired effect – tugging, pulling, and an ineffective trim.

3. Turn On The Clippers

Once the oil has been applied to the blade, turning on the clippers will distribute the oil more efficiently in and around the blades.

Leave it on for around 30 seconds or so.

Then, turn the clippers off.

4. Wipe Off The Excess

Once the blades are no longer running, wipe off any excess oil from the blades using some tissue.

At this point, you’re done.

To round things up, here are answers to some frequently asked questions.

Clipper oil is necessary to ensure that the blades are able to run as efficiently and frictionless as possible. Using it will give you more effective trims and will allow your clippers to last longer.

How Often Should You Use Clipper Oil?

Clipper oil should ideally be used before each trim. If this isn’t practical or possible, using it once or twice a month would be reasonable.

Essentially, the more often you do it, the better the outcome.

This is especially true if the blades are also brushed and cleaned before each oiling.

Is Clipper Oil Organic Or Inorganic?

If this is important to you, bear it in mind.

Can Clipper Oil Be Used On Anything Else?

Clipper oil can be used on other devices where you need a low-viscosity and temperature resilient lubricating oil. This could even include sewing machines, shears, and shredders.

People even use clipper oil to lubricate their trumpet bike valve.

You could use clipper oil on a bike chain, but you’d most likely need frequent re-application to ensure it’s lubricated enough.

At the end of the day, clipper oil usually consists mainly of refined mineral oil that’s inert and does have a wide range of potential uses.

Having said this, you do risk wasting all of your clipper oil on other devices and neglecting your hair clippers as a result.

Although the mineral oil within the clipper oil won’t go bad, the additives and preservatives it most likely includes may expire.

The expiration date may not be listed or specified, but it’s important to bear this fact in mind.

Although oils such as these often last for years, if you notice a change in the color or smell of the oil, it’s best to dispose of it and get yourself some more.

There you have it. Hopefully, everything you could ever want to know about this small but important topic in tool maintenance.

These little things do make a difference. Over time, it’ll lead to better trims and fewer clippers you need to buy. 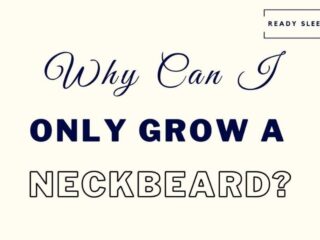 Why You Can Only Grow A Neckbeard: 5 Simple Tips
← Read Last Post 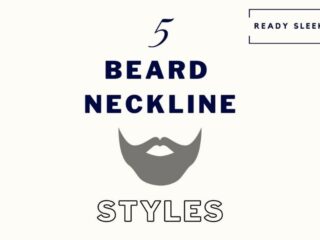