8 Style Tips For Men With Bald Heads And Round Faces

Baldness can exaggerate the shape of your face. Because of this, it may start to determine the other style and fashion choices you choose for yourself. Here are some crucial style tips for bald men with round faces.

Hair loss can make a round face look even rounder. Ultimately, this is the issue that needs to be addressed and tackled.

There are many ways in which this can be done. Grooming habits, accessories, clothing, and more. It’s important to note that every tip may not suit every man’s personal preferences.

But this should be considered a guide from which you can pick and choose the best options for you. Experiment with them and you will find out what works and what doesn’t.

I’ll first briefly tell you why baldness is important when it comes to a round face shape. After this, I’ll tell you 8 awesome things you can do about it.

How Baldness Makes A Round Face Look Rounder

A round face is characterized by fuller cheeks, a rounded jawline, a lack of definition, and a relative abundance of curves. The face’s height and width are nearly equal.

Having hair on your scalp gives you the benefit of shaping it to meet your needs. There are a huge number of online articles explaining the importance of face shape when it comes to hairstyles.

A hairstyle can make the shape of a face look very different and this can be used to your advantage.

Unfortunately, bald men don’t have this benefit as they used to.

Because of this, when a man with a round face loses their hair, their face starts to look even rounder than it did before.

In fact, their hair may have been so good at adjusting for their face shape that they may not have even realized how round their face was before losing it.

When it comes to a round face, you want to add frames, sharp angles, definition, borders, and other stylistic devices to make it look less round.

There are a number of ways in which this can be done. Let’s talk about some of them.

8 Simple Tips For Bald Men With Round Faces

Remember – try it out if you’re on the fence about any of them. It’s unlikely that you’ll be drawn toward all of them. But there’s a very good chance that some of them will be exactly what you need.

This one is a classic. Bald and bearded is often a fantastic combination and for men with round faces it could be a match made in heaven.

The reason for this is quite logical; beards can be used to adjust the shape of the bottom of the face just like scalp hair adjusts the top. For men with round faces, this could be ideal.

The type of beard that’s chosen is important, however. There are definitely beard styles that suit round faces more than others.

Ultimately, any beard style that elongates the chin and lengthens the face is usually a good fit.

For example, a goatee is ideal for a round face because it adds prominence to the chin. The longer the goatee, the more pronounced the effect.

A beard can add a lot of definition and sharp angles to the bottom of the face.

It’s important to keep it well-groomed, however. Keeping it trimmed, brushed, and well-defined is crucial. If it isn’t well-maintained, it’s not worth having.

Men with round faces can also benefit from having the beard borders carefully defined.

A well-positioned and sharp neckline and cheek line are yet another way of adding sharp lines and angles to a face mainly consisting of curves.

Bald men with round faces and beards often look slick, sophisticated, and stylish when the beard is chosen and maintained with a purpose.

This is relevant to dress shirts and office wear. It’s crazy just how important it is that the collar of your shirt suits your face shape.

In keeping with the general trend of this article, the collar should contrast the roundness of the face.

The two collar tips should have a short distance between them and also point vertically downward. The narrow spread and vertical orientation nicely contrast the general curvature of the face.

This has a slimming effect on the face; it’s perceived as longer and narrower due to the collar. Click the one below to check it out on .

Bald men look fantastic in formal wear and suits. But it’s important to select clothing with purpose and take face shape into account where necessary.

The roundness of a face is usually either due to bone structure or being overweight. There isn’t a whole lot you can do about bone structure, but weight is something you can take steps to try and manage.

Even just a small amount of fat loss from the jawline area can make a face look less round and more chiseled and defined.

The bald and lean or bald and built look is extremely masculine. Some serious bald Hollywood A-listers like Vin Diesel can be used as prime examples.

Regular exercise and other health-conscious behaviors are great for a bald man’s aesthetic and self-esteem.

4. Choose Glasses With A Purpose

OK, so this one is only relevant for men who actually need to wear glasses. Having said that, there are a surprising number of men who wear fake glasses for the sake of fashion.

I won’t say much more about that because it’s definitely not for everyone. But just sayin’ – people do it.

A pair of glasses can look great on a bald man with a round face.

Once again, the glasses should be chosen with a purpose. The frame shape is very important and should be selected with the intention of adding balance and contrast to the round face.

Choose frames with sharp angles and lines – square and rectangular are usually a safe bet. The aim is to add some hard angles.

Frames that are wider than the face can have the effect of making the face look longer and slimmer. Also, frames with nose pads are great for men with fuller cheeks.

Frames that provide a silhouette effect also have a slimming effect on the face.

As you’d expect, you want to avoid round frames as these may have the effect of exaggerating the roundness of the face.

Bald men also lose the benefit of having a frontal hairline to divide the head into sections. This leads to there being a lot of skin on show above the neck.

Glasses are great because they’re able to divide the face into a top section and a bottom section, almost like what the frontal hairline used to do.

This is yet another way of adding lines and borders to a round face.

5. Work With Hair You’ve Got Left

The word “bald” is often used to refer to a number of very different looks. It could mean fully shaved and bald.

Or it could mean bald on top with hair on the sides or even just thinning on top.

If you’ve got some hair left to work with, it could be used to your advantage.

Buzz cuts are great for balding men who may not have a whole lot of hair on top to work with, but have enough to work with.

A buzz cut is a short hairstyle that’s dependent on the use of a clipper. It could be a straightforward Induction cut or a more nuanced style like a Crew Cut or an Ivy League.

For balding men, Induction cuts are great. The hair is trimmed to the same, short, equal length in all directions and dimensions.

For balding men, a buzz cut is a great way to keep some shadowing and definition at the top end of a round face.

Hats can look fantastic on bald men. Having said that, it’s surprisingly obvious when a bald man is using a hat to hide their baldness as opposed to wearing it for the sake of fashion.

Using hats to hide baldness is never a good idea. It shows a lack of confidence, poor self-esteem, and general sense of laziness.

The hat you choose should also take face shape into account. For a round face, you’ll want to choose a hat with angular features to contrast the curves of the face.

A wide brim is also great for making the face look longer and narrower. A boxy crown can add height and volume.

The fedora is a great example of a hat that works great for men with round faces. Its angular features add a lot of nice contrast.

For round faces, sunglasses carry the same benefits as regular eyeglasses do. Carefully selected frames can add balance, definition, and contouring.

Sunglasses are also great for dividing the face into sections. With bald men, the forehead merges seamlessly with the top of the head. The result can look quite bland.

Sunglasses are even better at dividing the face and adding borders than eyeglasses are. This is because they’re darker and more closely mimic the effects of a frontal hairline.

This is yet another great way to add hard lines to a round face.

Putting theory aside, the bald with sunglasses look just always looks incredibly cool and sophisticated. It’s hard not to look impressive with this eye-catching combination.

8. Look After Your Scalp

Although this isn’t specific to round faces, it’s still incredibly important to bear in mind at all times.

Not having hair there to act as a layer of protection does leave it vulnerable to the weather as well as to pollutants and irritants in general.

Sunscreen is crucial. Bald scalps are very exposed to the damaging effects of the sun. Use SPF protection and hats to protect yourself.

Regularly washing and moisturizing a bald head is also going to keep it looking smooth and healthy.

It’s great how different moisturizers can give different finishes.

For example, oil-free, lightweight moisturizers can give a bald head more of a matte finish. Alternatively, skin oils such as jojoba oil or almond oil can add shine.

At the end of the day, skin type and personal preference will determine which is chosen.

A happy, healthy-looking bald head looks a lot more impressive. Look after it.

The importance of embracing baldness can’t be emphasized enough. There are many men who start going bald in their prime years.

Going bald in your 20s and 30s makes it all the more important that you learn to make it work for you. Becoming bald and stylish is an art form in itself. It’s your job to master it.

Sure, going bald may make a face look rounder. Sometimes this is expected, and at other times it can take a man by surprise.

But the most important thing to note is that you always have options. Knowing what options are available and having a basic understanding of what you’re trying to achieve is vital.

Add contrast, add balance, add definition, and add a touch of personality. Be unique and forge out your own style – one that works for you.

At the end of the day, experiment and have fun with it. 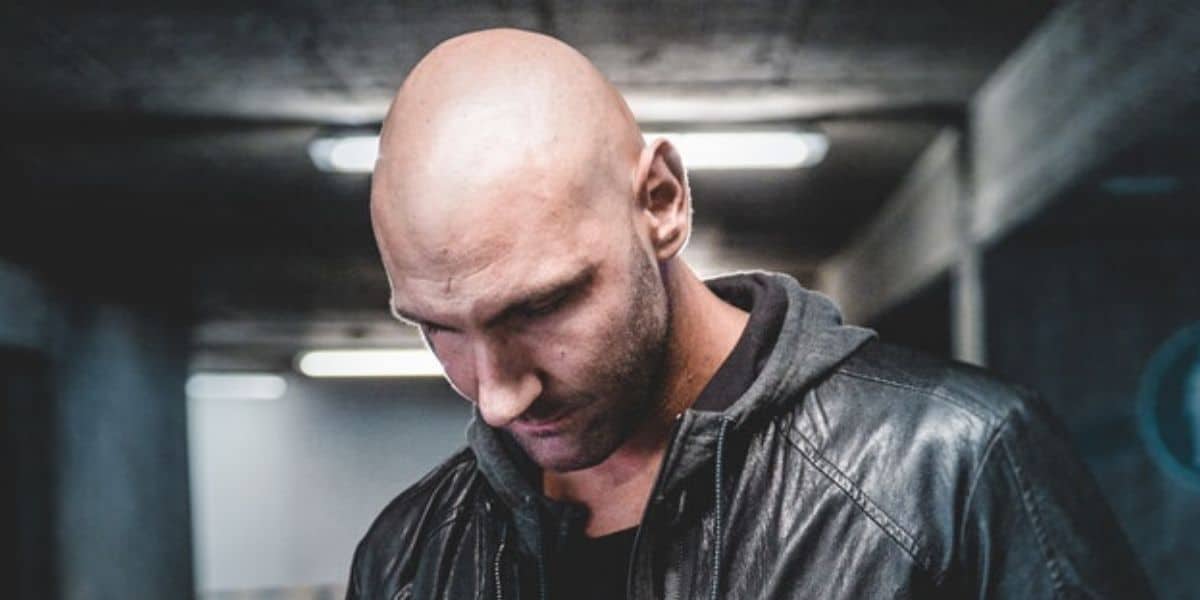 How To Moisturize A Bald Head: Tutorial, What To Use, More
← Read Last Post 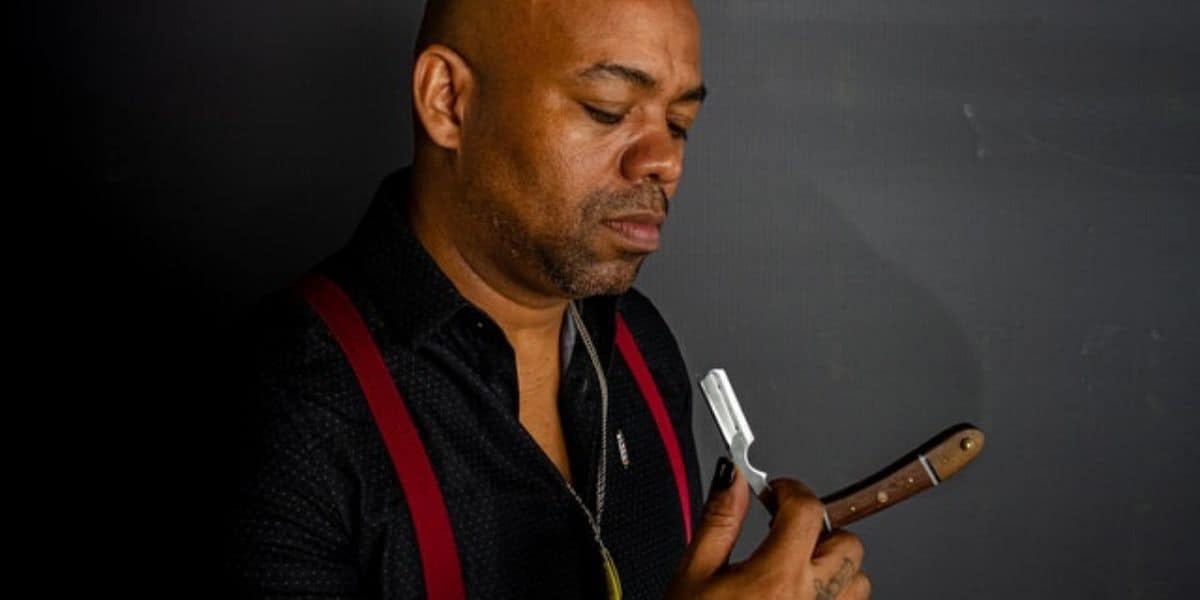 How To Shave Your Head With A Straight Razor Safely
Read Next Post →
Comments are closed.