7 Easy Fixes For Hair Sticking Up At The Crown (Back)

Another day, another hair problem. This one will be familiar to most men – an issue that’s universally recognized but poorly understood. You’re about to learn some easy ways to fix hair sticking up at the crown.

The reason the crown gets neglected is that it’s quite comfortably out of sight. For obvious reasons, it isn’t easy to notice.

Once you’ve spotted it going wrong, however, it’s very hard to ignore. It can also ruin the rest of the hairstyle.

Before we go through some simple solutions, let’s talk about why it happens in the first place.

Why Does Hair At The Crown Stick Up?

Hair at the crown sticks up because it often grows in various different directions, forming a spiral pattern called a “cowlick”. Trying to style all of it in a single direction will usually cause some of it to stick up and out of place.

It all comes down to a single principle – trying to force a hair to lay flat against its natural direction of growth will cause it to stick up.

Ultimately, it’s as simple as that.

If you’ve got a strand that naturally lies to lay to the left, trying to style it to the right will usually cause it to stick up.

This will be the case throughout your hair. Styling it against the grain (i.e against the direction of growth) will make it want to spring up in protest.

Usually, it’s not a problem. Most parts of your hair have a general direction of growth you can follow.

But with the crown, the various different directions hair can grow here make this difficult.

There’s no single direction you can comfortably comb all of the hair here in. If you try, you’ll inevitably be combing some of it against the grain and those hairs will spring up.

The fixes for cowlicks either focus on covering them up, forcing them down, or working with them.

7 Fixes For Hair Sticking Up At The Crown

It’s funny how the simple act of adding some length can solve so many hair issues.

Hair sticking up at the back is no exception.

Here’s how it works.

If you’re finding that it just won’t lay flat no matter how hard you try to style it – stop trying.

Just give it some time to see if it corrects itself. As time goes on and the hair at the crown grows longer, there’s a chance those hairs that stick up will simply weigh themselves down.

If this is the case, you’ve just solved your problem without really having to do anything.

Another benefit of adding some length is that the hair may eventually grow long enough for you to cover up the cowlick.

You could subtly comb over the spiral of stubborn, upright hairs to make it look a lot neater at the back.

You could even slick the hair back over it, although you’d probably need around 5 or 6 inches of length before you could achieve this.

Either way, growing your hair out is probably the simplest thing you could try in order to fix it. You may even be surprised by how you really don’t need much more than you’ve already got to get the job done.

2. Work With The Grain

This one is easier said than done but is probably my preferred option.

Yes – it’s tough to figure out the many different directions that the spiraling hair at the crown takes.

But it’s definitely possible. In fact, it takes less time than you think.

All you need to do is experiment with it. Try to get a feel for the different directions.

If you see a couple of hairs sticking up at the crown, try laying them flat in a different direction. If that doesn’t work, try another one.

Eventually, you’ll get to grips with what directions the hair at the crown likes to lay in and you’ll be able to work with it.

You may need a bit of styling product to keep it in place – we’ll get to that shortly. But it’ll be much easier when you’re styling with the grain (i.e in the direction of growth).

All you’re doing is spending a little more time paying attention to the cowlick at the back. Working with it, instead of trying to fight against it.

You can use your fingers to do it. But a comb or a hairbrush would be equally appropriate, depending on how neat you want the finish.

Either way, it’s a (relatively) simple way to tame the hair at the back.

Another way to deal with hair sticking up at the crown is to make it a part of the style.

This won’t be an option for men who want a slick and defined style where stray hairs are considered “flyaways”.

But for men who are drawn toward more modern, layered, and textured styles where structured mess is a key factor, a difficult crown area is easier to deal with.

Simply making the hair at the crown blend into the rest of the messy style can make a cowlick here a lot less noticeable.

There’s no real science to it, as every man’s messy hairstyle is different. Just play around with the crown area – tousle it, fluff it up, spike it up, etc.

Eventually, you’ll get to a point where the hair that sticks up at the crown doesn’t really draw much attention.

It simply looks like an extension of the messy (yet styled) hair in front of it.

Your barber is the best person to speak to when you’re looking for a textured and layered hairstyle that’s easy to create a tidy mess with.

4. Blow Dry With A Concentrator Nozzle

The pressure and heat from a blow dryer can really help flatten out hair that sticks up. This is true whether it’s on top, at the sides, or the crown.

While the earlier tips focused on working with the tricky crown hairs, this tip focuses more on forcing it into place.

Because of this, it’s important to use some caution. Nothing excessive. Use a medium heat setting and a medium-to-high speed setting. Hold the blow dryer around 6 to 8 inches away.

A concentrator nozzle would also be very helpful. This is a narrow attachment you put onto the end of the blow dryer.

It focuses the pressure and heat into narrower and more specific areas, giving you a lot more control.

This would be useful if you only want to blow dry specific areas such as the crown to flatten out the cowlick, and nowhere else.

Using a blow dryer with a nozzle like this will cover a larger area and won’t give you as much precision or control.

Once you’ve blow-dried your cowlick down, it can be tough to see your work without another mirror. Visualizing the back of the head is unsurprisingly difficult without it.

A handheld mirror reflecting off of your bathroom mirror is a good way to see it.

If you notice a part of the crown sticking up, a short burst of air from the blow dryer should hopefully flatten it back down.

5. Use A Heavy Hold Hair Product

Another common reason for hair sticking out at the crown is not using the right hair product.

Men with especially thick and stubborn hair are often guilty of this. They simply aren’t using a product with a strong enough hold.

Once you’ve done the hard work of putting it in place, it’s not unusual to need to use some styling product to keep it that way for the course of the day.

A light hold product may keep it in place for an hour or two. But by midday, you may well find that the crown hair is back up and at it once more.

The simplest solution to this is to switch up your product.

The “right” one to use really depends on the finish you want. There are heavy hold products that are shiny and also those that are less shiny.

Examples include pomades, gels, and waxes.

Low shine or matte heavy hold products are better for more textured and modern hairstyles. They’re a better option if you want fullness, volume, and texture as opposed to definition.

Examples include clays, putties, and pastes.

But whatever the level of shine you choose, just make sure that the amount of hold you get from it is enough to flatten out those hairs at the crown.

Products that usually have a lighter hold include creams and light waxes.

They may not be enough to tame that troublesome cowlick at the back.

But one way of covering up hair that sticks up at the crown would be with a man bun or top knot.

The difference between them is subtle.

With a man bun, you wrap the hair into a coil and position it over the crown (or near it). A top knot can be achieved with shorter hair – it’s almost like a very short ponytail and it usually sits further up the head.

Either of them could be used to hide a difficult cowlick by simply positioning them over it.

There isn’t a huge amount more to say about how it works – it’s really as simple as that.

But it’s important to note that these styles definitely aren’t for everyone. They’re pretty high maintenance – you’ve got to be able to tolerate the additional grooming and styling requirements of longer hair.

Also, some men really don’t care for the aesthetic.

But if you’ve ever been tempted by it, just know that it may be a pretty basic solution to your crown problems.

7. Buzz It Down Short

Buzzing the hair down short makes the hair at the crown (and all over) so short that it simply doesn’t even have the option of sticking up.

There’s just not enough length there for it to be a problem.

As you’d expect, the shorter the hair, the more benefit you’d get from this effect.

You don’t necessarily need a number 2 or a number 3 – although these lengths would definitely solve your problem.

Even longer buzz cuts may be short enough to prevent the hair at the crown from springing up and out.

If you aren’t a fan of induction-style buzz cuts, simple and short hairstyles like crew cuts and high and tights would also probably do the trick.

Essentially, short hairstyles can solve your problems at the crown if they’re short enough.

This may sound strange because the very first tip on this post encouraged you to grow it longer. Don’t be alarmed – that would still be a great way to fix the problem.

But trimming it down super short would also be a potential fix.

It’s the awkward mid-range lengths that cause the problem of hairs at the back sticking up.

Growing it longer or cutting it down very short should get you out of this awkward length range and will most likely correct the issue.

It’s one of the commonest problems men complain about when it comes to their hair.

So many people have uncooperative hair at the crown.

Knowing why it happens is the key to figuring out how to fix it. Hopefully, you’ve now learned exactly that. 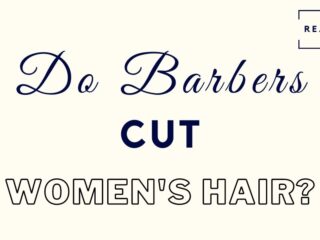 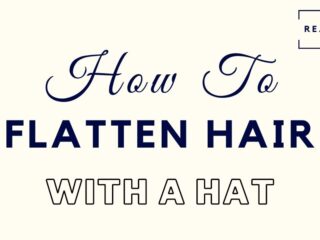 8 Essential Tips For Flattening Your Hair With A Hat
Read Next Post →
Comments are closed.