Slick Back Vs Comb Over Vs Side Part Vs Undercut [Pics]

Some styles are timeless. You can just bet on them to still be around decades from now and the vintage slick back is one of them. But how does it compare to other similar hairstyles?

How does a slick back compare to comb overs, side parts, undercuts, and pompadours?

That’s what I’m going through today. The styles are similar but different in significant ways that are important not to confuse.

It may not seem like that big of a deal, but knowing exactly what you’re styling is the key to consistency. It’s also important when you’re trying to express what you really want when instructing your barber.

But before we compare the glorious slick back to other styles, it’s crucial to understand what a slick back really is.

What Is A Slick Back Style?

A slick back is a style where the hair is pulled backward and made to lay flat, usually with the help of a glossy product such as a hair gel or pomade.

A subtle side parting is also often defined, although it isn’t an essential component of the classic slick back.

Overall, the hairstyle characterized by its flatness, with little to no lift or volume. The style is not one you’ll be running your fingers through. It’s a “set it and forget it” that focuses on simplicity.

The slick back grew prominent in the first half of the 20th century when everyone from movie stars to city gangsters went for this shiny and effortlessly controlled look.

It’s a great option for men who want a vintage hairstyle but don’t want to spend 30 minutes blow-drying a pomp each morning.

In general, styles that lend themselves well to a quick morning grooming routine are ones that you’ll stick with for the long haul.

The slick back is a great example of this.

It also suits most face shapes. However, be aware that slick backs can exaggerate face shape considering that hair lies pretty flat against the scalp.

In a way, it’s quite similar to buzz cuts for this reason. The less height your hair has got, the more obvious the shape of your face will come across.

If you’ve got a pretty round face, for instance, there’s a good chance that laying your hair straight back and flat like this will make this roundness more obvious.

Slick Back Vs Comb Over: What’s The Difference?

With comb overs, there’s less of a focus on slickness and glossiness when compared with a typical slick back.

Because of this, they’re a lot more versatile. Although you could use a shiny product such as a gel, wax, or pomade to slick the hair to the side, you could also leave it light, airy, or textured.

So, you can get comb overs that are matte, shiny, layered, tousled, defined, and so on. There are plenty of options.

The only thing that connects them is the fact that the hair is pushed to one side with a prominent side part usually visible as well.

A lot of men are drawn to this simplicity and lack of choice. They know what to expect and it’s (usually) less time-consuming to style than a comb over.

However, the versatility of comb overs and the ability to subtly change up the style when you feel like it is also appealing to many men.

It’s also important to note that comb overs are often better for men with thin hair.

When I say “comb over”, I don’t mean less-than-desirable attempts at covering up baldness by desperately pushing the hair to the side.

I mean an intentional hairstyle where the hair is combed or brushed to the side. The reason this is better for men with thin hair is that you can build texture and fullness in a way that isn’t possible with slick backs.

But with comb overs – you can use the power of volume and texture to make thin hair look fuller with the help of products such as hair clays and hair pastes.

Some products are better for thin hair than others. Unfortunately, gels and pomades are not and so glossier styles don’t tend to work as well.

The comb over could allow you to get a classic and formal feel while still allowing you to build texture and volume.

Slick Back Vs Undercut: What’s The Difference?

Undercuts are defined by the hair on top being pulled back while the sides are shaved or trimmed short. In contrast, with slick backs, the sides are not trimmed or shaved.

So, both styles are characterized by the hair on top being pulled back. In fact, with undercuts, it’s frequently slicked back and left shiny just like you’d get with a regular, classic slick back.

But what distinguishes the slick back from the undercut is the contrast between the top, sides, and back.

Not only are the sides and back shaved or trimmed short in an undercut, but there’s also a very sudden transition from the super-short sides and back to the longer hair on top.

This makes the sides and back look disconnected from the hair on top – it’s this disconnectedness that commonly defines the undercut.

It makes it very different to your everyday slick back style where the sides and back are left alone.

With undercuts, the hair on top doesn’t necessarily need to be slicked straight back and flat. It can be given volume, styled into a pomp, or even into a top knot or man bun.

As long as the sides and back are kept short and disconnected from the hair on top, you can safely label it an “undercut”.

This makes undercuts a lot more versatile than slick backs, although the simplicity of slick backs is what draws men to them in the first place.

Regular slick backs are also more subtle and less attention-grabbing than undercuts. The disconnectedness of undercuts often makes them pretty in-your-face – some men like this while others may want something less obvious.

What about the slick back fade vs the undercut?

The slick back fade is where the hair on top is slicked back but the sides gradually increase in length from the bottom to the top. Unlike the undercut, the transition from the sides to the top isn’t sharp or sudden.

Slick Back Vs Side Part: What’s The Difference?

A slick back is where the hair is pulled back straight and flat. A side part is not a style in itself but a component of any style where the side parting is defined and the hair is combed to the opposite side.

A side parting usually follows the natural growth pattern of the hair – a straight(ish) line from the cowlick at the back to the temple at the front.

The hair is then combed or brushed from this side parting over to the opposite side.

Many styles can incorporate a side part – from pompadours to comb overs and more.

In fact, even classic slick backs can have a subtle side part defined on one side, despite the hair not being combed to the other side and instead pushed straight back.

Side parts can be subtle or they can be harsh and the focus of a style. A “hard” side part is one where the line is gently widened using a trimmer – not to be done by anyone other than a trusted barber.

Just like the slick back, side part styles grew to prominence during the “greaser” generation of the ’50s. Because of this, they also lend themselves well to “shinier” products like oil-based pomades and gels.

But this doesn’t necessarily need to be the case.

You can include prominent side parts in more modern, textured, layered, and matte hairstyles. It’s a great way of adding a vintage touch to any modern style.

So, slick back vs side part style – which one is for you?

Well, many men cannot physically style slick backs due to their hair not being long enough. You need a certain amount of length to slick your hair all the way back and have it stay that way.

If this is you, consider styling a side part style where the hair is pushed to the opposite side instead.

Hair that won’t stay put when pulled all the way back may well do so when it’s combed to the side instead.

Slick Back Vs Pompadour: What’s The Difference?

Although the hair is pushed backward with pompadours, unlike slick backs, they’re also swept upwards giving them volume and lift. Slick backs, in contrast, have no volume and are left flat.

Both styles grew wildly popular in the ‘50s and are both formal, defined, and glossy.

However, slick backs are much easier to style than pompadours as you don’t need to worry about generating any kind of lift or volume.

Although you can get some contouring and form a small pomp with a comb alone, to get a tall pompadour you’ll need to use a blow dryer with a hairbrush ideally. Vent hair brushes work well.

Pompadours are bigger styles and more in-your-face than the subtle slick back. Because of this, they may not be for everyone.

Slick backs are easier to style and less obvious as well.

Pompadours are more versatile than slick backs – there’s just more you can do with them.

For example, you can keep the pompadour defined and sharply contoured, or have it messier and more textured.

In addition, you can have the sides and back faded if you want to – this gives the vintage style a modern touch.

But both the pompadour and the slick back are widely known for that classic feel and work better with shinier products like pomades, hair waxes, and gels.

Oil-based pomades are the most traditional product to use for both of them and the best way to get some serious shine. The hold is also pliable – ideal for restyling throughout the day.

But oil-based pomades can be tough to wash out – this puts a lot of men off.

If you don’t mind a stiff hold and still want that shine, go for a water-based pomade or a hair gel instead. They wash out very easily.

There you have it – slick backs compared to similar styles that are important not to confuse.

All of these styles are great because they’re a homage to an earlier era where men’s hair played a huge role in defining youth culture.

Styling one of them from time to time is a great way to get a taste of life in that era, at least from a fashion perspective. 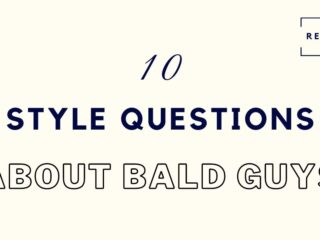 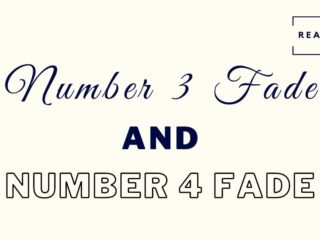 The Number 3 And Number 4 With Fades [Photos]
Read Next Post →
Comments are closed.