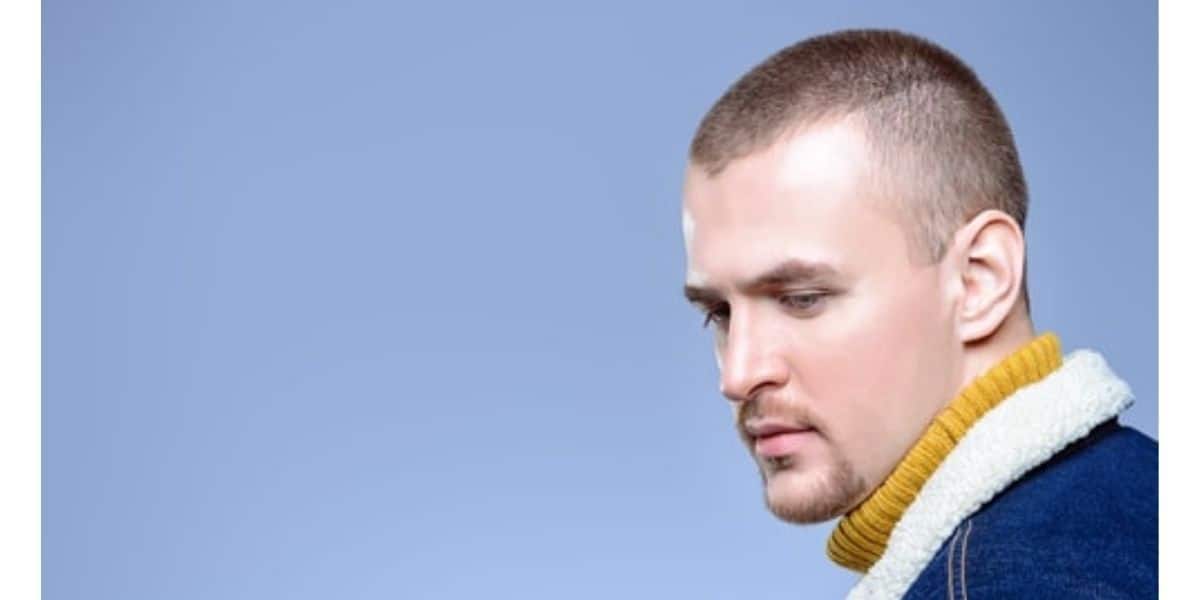 Knowing the proper terms for different men’s hairstyles is key to getting exactly what you want whenever you visit the barbers. So, what’s the difference between a “high and tight” vs a “fade”?

A “high and tight” haircut involves clipping the sides and back very short without blending it into the top which is generally left slightly longer. A “fade” consists of hair gradually increasing in length as you go up the back and sides. Any hairstyle can include a fade, including a high and tight.

Keep reading to discover more information about high and tight haircuts and fades. Let’s dig a little deeper into each of them and show you some solid pics of these styles done right.

What Is a High and Tight Haircut?

High and tight haircuts have been popular with military men for years, and it is starting to become a favored look among civilians.

To achieve a high and tight hairstyle, the back and sides are clipped so that only stubble remains. There is not much blend or tapering at all between the back/sides and the top.

It’s this sharp and sudden transition from the sides and back to the top that gives it its characteristic and bold appearance.

It produces an end-result that looks like a strip of hair along the top.

The back and sides are typically clipped high and tight, almost reaching the crown, as the name of this style would imply.

The sides and back are clipped short all the way to the top.

How high you go will determine how wide the “strip” of hair on top will look.

Usually, a passable military high and tight must be a total buzz or crewcut, but for other men, the top can be cut and styled however you like so long as the clipping requirements at the sides and back are met.

When the hair on top is simply buzzed down very short (but not as short as the sides and back) it can be called a “high and tight buzz cut”.

In contrast, when the hair on top is left a little longer at the fringe and gradually tapers shorter as you go back toward the crown, it can be called a “high and tight crew cut”.

What Is a Fade?

Like the high and tight, fades were initially worn by military men. Barbershops have kept fades fairly relevant ever since.

Fades are becoming increasingly popular with all men nowadays because they can be included in several different hairstyles.

All fades go from being long to short in the back and on the sides.

But it’s important to understand that a “fade” can actually be included within a high and tight hairstyle. That’s what we’ll be discussing in the next section.

Here’s what you really need to know.

The High And Tight Can Contain A “Fade”

Right from the outset, it’s worth pointing out that a high and tight can include a fade. Yes, the sides and back are still trimmed shorter than the top, and there’s very little tapering into the top.

It’ll still have that “strip of hair” appearance at the top due to the sudden and sharp transition.

But there can still be a “fade” with a high and tight because the length can gradually taper in length at the sides and back.

Fades can also be included in many other hairstyles that are not so high or tight.

Some men feel like a high fade creates too harsh of a contrast between the long and short sections of hair. For men who prefer to show less skin, a mid fade or low fade may be more appealing.

The High And Tight Vs Skin Fades

The high and tight often includes a “skin fade” at the sides and back.

High and tight haircuts are not very blended near the top, meaning the hair quickly goes from being long at the very top to short.

Most high and tight styles have the sides and back fade to the level of the skin, which is also known as a “skin fade” or a “bald fade”.

To achieve a skin fade, clippers must be set to zero to clip the sides and back to very short stubble. They’re then shaved bald.

Ask your barber to use a setting of two for a more modest and less obvious fade that has more of a gradual transition between lengths. That’s all a blend is—how sudden the transition from long to short is.

High And Tight Vs Fade: How To Choose

Now that you know what the differences between a high and tight hairstyle and other faded styles are, you may be wondering which style is right for you.

There are a few factors that will determine which type of look is a better choice.

The style that best suits you depends on the shape and angles of your face.

For men who do not have very angular faces, any hairstyle that includes very short sides all the way to the temples (in other words – “high”) will probably not be flattering.

Styles that include mid fades or low fades are more suited to round or oblong faces, as these styles tend to be more modest and frame the face.

Men with oval-shaped faces are quite lucky. Since this face shape is somewhere between angular and round, almost any sort of fade should suit it, as well as the high and tight look.

If you simply aren’t a fan of high transition points, avoid the high and tight.

The high and tight is defined by a transition point from short to long that’s very high on the head.

They’re limited to a high transition point with little blending at the top, and from there, they typically blend downward into the skin.

Not always though – you could have the sides and back trimmed down to a number 2 or more. They just need to be shorter than the top.

But at the same time, they’re pretty in-your-face and bold, which may not be ideal for men who prefer more subtle styles.

High And Tight Vs Undercut

The “high and tight” and the “undercut” both include a sudden, sharp transition from very short hair at the sides and back to longer hair at the top.

But with undercuts, the hair on top is longer than your average high and tight buzz cut or crew cut.

Essentially, when the hair on top is long enough to be combed, it should more accurately be called an “undercut” and not a “high and tight”.

A high and tight hairstyle includes a transition that is specifically high, tight, less blended at the top, and often blended very short (often down to the skin) as you go downward.

Fades are a more general style that simply go from being long at the top to shorter at the bottom. They can be added to essentially any style, including a high-and-tight.

When deciding whether a high and tight or a different faded style would be better for you, consider your face shape as well as how bold you want your style to look.