Buzz Cuts For Thinning Hair: Before And After, Styles, More 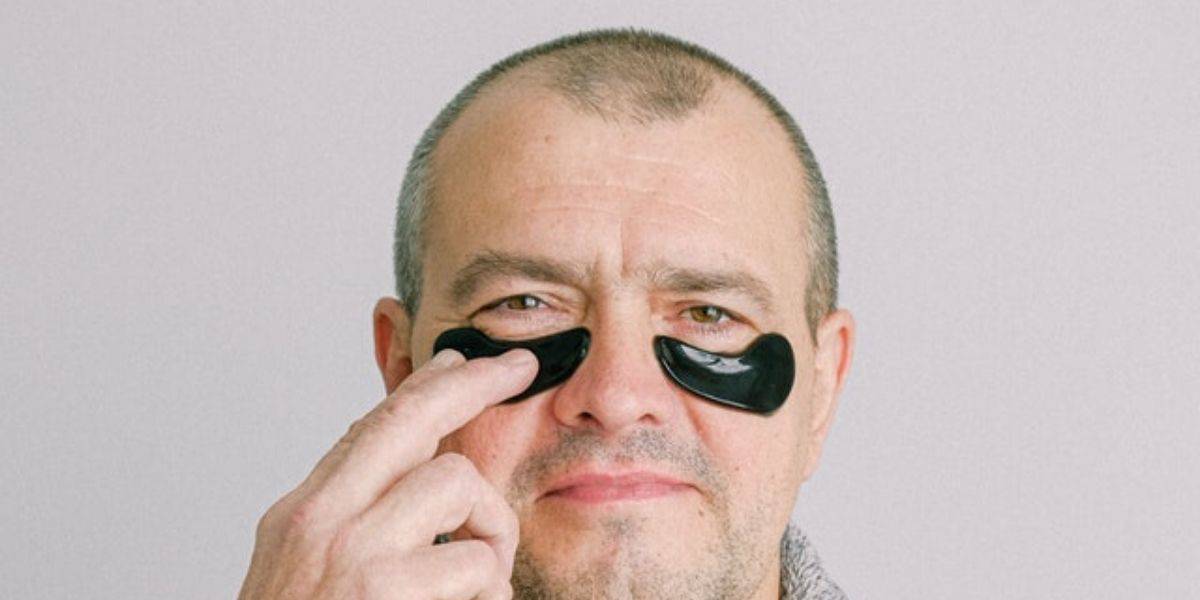 Balding can prompt a wide spectrum of reactions in a man, ranging from acceptance to frustration and even borderline anxiety. Although some may desperately search for miracle cures, many others embrace a different, simple, tried-and-tested formula. Yes, buzz cuts work incredibly well for men with thinning hair.

Here’s the beauty of it. In the past, you’ve most likely come across many men with buzzed hair and didn’t even realize they were balding or even thinning.

So why don’t all balding men do it? Well, one reason is that it takes some guts to actually buzz your hair for the first time. It’s quite a drastic change to make and that is never an easy hurdle to cross. But once it’s done, it’s quite likely you’re never going back.

This article is for anyone who’s even been slightly tempted. I’ll be going deep into why buzz cuts work so well for fine hair. Then, I’ll run through some styles you can actually try out for yourself.

Buzz Cuts For Thinning Hair: Before And After

This is what it looks like in the flesh. It can be difficult to visualize in your head, which is why I like this image so much. It’s one that I use quite often.

What unifies them is that they’re all short styles and heavily dependent on the use of a clipper.

The image above is of a man with visibly thin hair and receding temples. Simply changing the style transforms it into something so much more impressive.

As you can see, the high fade almost camouflages or “absorbs” the receding temples and makes them much less obvious.

It also just looks so much more stylish and shows that thin hair can be worked in interesting and fashionable ways.

There are going to be those of you reading this with much thinner hair than the picture above, not wanting to believe that a buzz cut could work for you in the same way.

Trust me, there are so many buzz cut variations out there that one of them is bound to work for your specific distribution and texture of hair. For that reason, experimentation is key and your barber will play a huge role in this initially.

I’ll be going through a few different styles you could try out later on. But first, I wanted to go through why buzz cuts are so great for thinning hair in the first place.

Understanding why it works will not only help you see the reasoning behind the recommendation, it’ll also potentially help you decide what buzz cut variation to go for.

Here are some key reasons to understand.

It’s no secret that the hair on your head tends to grow at a variety of different rates. Even if you were to buzz your hair, when growing it out you’ll notice that some hair shafts are longer and others are shorter.

This is completely natural and styles that accept and embrace this generally do look more natural.

But the problem with having hairs of uneven length is that having patches of long hair next to patches of short hair makes the short hair look thinner than it actually might be in reality. It’s all down to perspective.

Hair strands of uneven lengths won’t be able to support each other as well as an even cut would. Longer strands won’t get as much support from shorter strands next to them, causing them to flop to the side. This can look thin and lifeless.

The great thing about buzz cuts is that they are somewhat defined by short hair that is even in length. Regardless of how thin the hair may initially appear, when it’s all trimmed down to a short, even length you will notice it starting to look thicker.

A scalp that previously looked patchy and sparse will look very, very different, and you may start to wonder why you didn’t try this earlier.

A receding hairline is made more noticeable when there is a sharp contrast between the hair and the forehead.

In general, the shorter the hair, the less stark this contrast is. This is particularly true when there is a mid or high fade that is able to absorb or camouflage the receding temples like in the picture above.

So whether you’re looking to camouflage or cover up the temples, a buzz cut could definitely work for you.

Men with fine, thinning hair have a tendency to preoccupy themselves with it. A lot of them spend a long, long time in front of the mirror, analyzing from different angles and in different types of light.

They search for that perfect hairstyle that makes thinning hair less noticeable. Perhaps it’s a combover, or at the very least a subtle variation of it.

The reason for this is mainly that there aren’t enough hair strands to support each other and that the existing strands are simply too thin and weak.

Compared to this time-consuming, endlessly frustrating process, a buzz cut will seem like a dream.

It’s extremely quick to achieve and easy to maintain. Having a style you can literally DIY is extremely liberating and will save you a lot of money over the long term.

The convenience of washing and drying a buzz cut will actually make you appreciate having less hair, something you previously used to try and hide. That’s the beauty of it – you’ll start to embrace your scalp in ways you never thought you would.

4. It’s hard not to look stylish

Regardless of thinning hair and receding hairlines, buzz cuts will always be considered stylish.

In some ways, it’s best not to think of a buzz cut as a solution to the problem of having to hide thinning hair, although this would definitely be a valid reason to undertake it.

It’s better to think of a buzz cut as simply a phenomenal style option for a man with thinning hair. It’s not about hiding anything, it’s simply about embracing what you’ve got and doing so in an incredibly fashionable manner.

Buzz cuts are trending, whether it’s the induction cut, the crew cut, or the Ivy League. The reason they’re growing in popularity is that men around the world are looking for style coupled with ease and convenience.

In a world where being busy is becoming the norm, any route to simplicity will be sought after. That’s just what a buzz cut would offer – simplicity in a world of complexity.

You’re probably sick of hearing why it works by now. Hopefully, you’re sold on the idea now. It’s time to take a look at some buzz cut styles that may actually work better than others for men with thinning hair.

1. Buzzed With A High Fade

Regardless of the buzz cut variation you choose, including a high fade is a great way to mask a receding hairline.

A fade on the sides refers to the effect of the hair very gradually increasing in length as you go up to the top. The fade can end low (just above the ear), high (around the temples) or middle (in between those two).

The style in the image above is a crew cut with a high fade. Other than absorbing the receding temples, another reason why this style works well for men with thin hair is that the hair on top is long enough to style.

Slicking or spiking the hair of a crew cut to the side is a great way to potentially cover up some thinner patches.

But the point of this one is that no matter what buzz cut style you choose, whether it’s induction, burr, crew, or anything else, a mid or high fade is definitely something to consider.

The induction cut is achieved in a very, very simple manner. It consists of short, clipped hair of an even length in all directions and dimensions. The top, sides, and back are of an even length.

The term “induction cut” is often used to refer to a zero grade (achieved without any guards attached to the clipper). But in recent years it’s been used more as an umbrella term for a very short haircut where all of the hair is trimmed down evenly.

The main appeal of this style is just how incredibly convenient it really is. It’s quick and efficient to achieve, although getting it completely even isn’t as easy as it might first seem.

The difference between a taper and a fade is a source of a lot of confusion and even a bit of controversy to boot.

In short, a taper is simply a very low fade. It usually ends before the top of the level of the ear. It’s usually accompanied by a lightly tapered neckline as well, although the hairline around the ear is usually left intact.

This works well for thinning hair for the same reasons a regular induction cut would. However, I’ve included it on this list separately because it’s a simple, stylish addition that you could easily implement yourself.

I couldn’t leave this one out. Baldness and beards have always gone hand-in-hand. There’s just something very impressive about a bare scalp and a ruggedly full face of man-fur.

Yes, it works great for men with thinning hair as well.

The thinner the hair, the less that can be done with it. To be more specific, the less it can be styled and used to alter the shape of the face. Hairstyles are great for making a face look less round and more oval-shaped, for instance.

But men with thinning hair may not have this benefit. Beards, however, can be used for this purpose instead. Its effect on face shape is widely accepted and can be used to a man’s advantage.

Although it’s a more advanced style, beards can also be faded and blended nicely upward into a buzz cut. This effect is extremely modern and can look phenomenal on a lot of men. However, you’ll most likely need the assistance of a barber to pull this off properly.

Ultimately, the loss of hair can lead to a bit of a masculinity crisis in some men. It shouldn’t, but unfortunately, it does. If you’re looking for a way to confidently enhance masculinity levels, the growth of a beard is a pretty effective way to do it.

Thinning hair doesn’t need to be something to hide. Rework how you perceive it and think of it as something to embrace.

It isn’t quite bald, although bald may not be too far away. When it does come, embrace that too. Balding is an entirely natural aspect of the male journey – it’s how we deal with it that differentiates us.

A truly masculine way to deal with it would be to embrace it. A buzz cut is a great way of doing just that. Hopefully, this article has shown you exactly how to do that. Have fun with it – I’m sure you’ll put this information to good use. 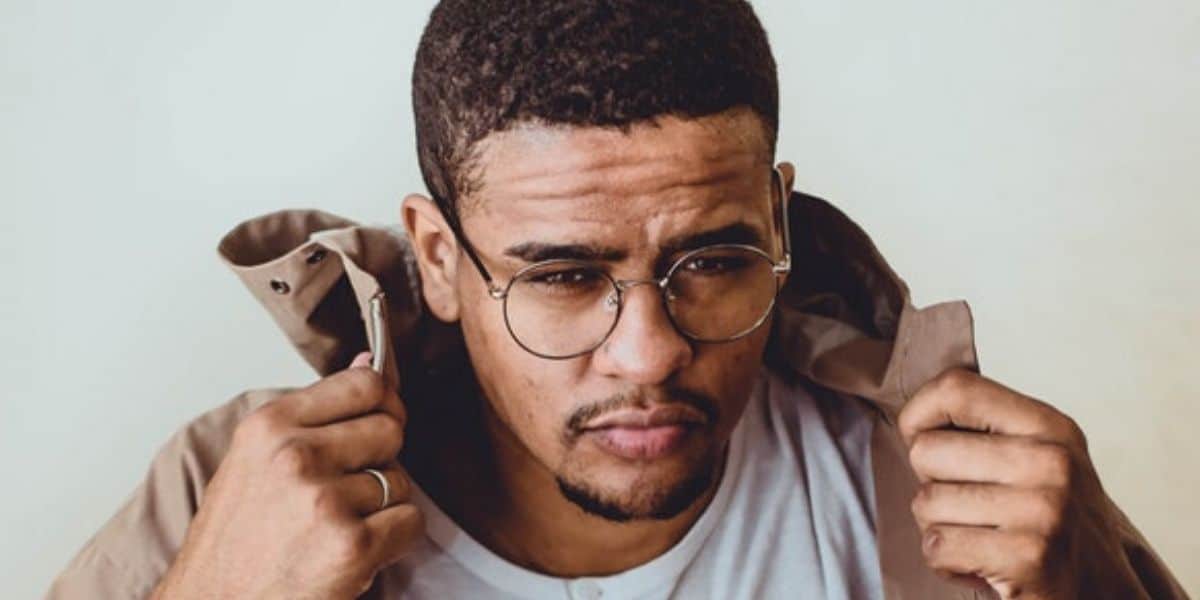 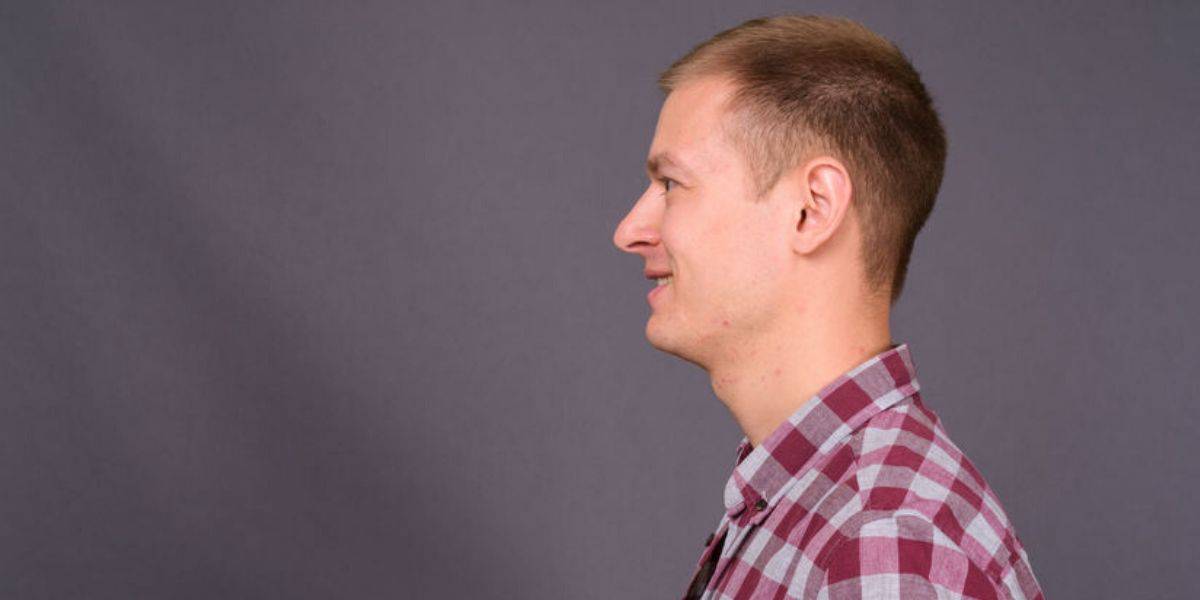