The buzz cut continues to thrive. Why? Because simplicity will always have its place. You’re about to learn everything you need to know about three lengths in particular: the ¼ inch, ½ inch, and 1-inch buzz cuts.

The first two are definitely more “typical” lengths for buzz cuts than the longer 1-inch. But all three can very reasonably be labeled buzz cuts if they’re trimmed in the right way.

The beauty of these cuts is that they’re straightforward. But you need to have a good idea of what you’re going to end up with before trimming down to it. Trimming off more than you’d intended is never a good feeling.

Before we dive into what these buzz cut lengths actually look like, it’s worth briefly talking about what a buzz cut actually is and how to identify one.

After this, you’ll know exactly what one is. More specifically, however, you’ll know what they look like when trimmed down to these glorious lengths.

What Is A Buzz Cut?

A buzz cut is a hairstyle that’s short all over and dependent on the use of hair clippers.

It’s helpful to keep the definition very broad because the term “buzz cut” can actually be used to refer to several different short styles.

They can refer to “induction cuts”, where the hair is trimmed down to the same length all over. This is what most people think of when they hear the term.

But crew cuts, butch cuts, and Ivy Leagues can all be called buzz cuts of some variety.

These styles are characterized by having short, clipped-down backs and sides with longer hair on top that’s usually scissor cut and tapered to varying extents.

They’re all known for being short, sleek, and easy to maintain, however.

This article will focus on induction buzz cuts – the hair is trimmed down to the same length all over. The reason for this is that this is the easiest type of buzz cut to DIY.

It isn’t hard to grab a pair of clippers, set it to your desired length with the appropriate clipper guard and have at it.

Crew cuts, butch cuts, high-and-tights, and even buzz cut fades – they’re all great but not easy to DIY. You’ll usually need a trusted barber to sort these buzz cuts variations out for you.

Here’s what you can usually expect with the ¼ inch, ½ inch, and 1-inch buzz cuts.

The 1/4 inch buzz cut can be trimmed using a Number 2 clipper guard.

It’s a very short yet typical length for an induction-style buzz cut. Having the hair this short has its own set of pros and cons.

The main benefits of the ¼ inch buzz cut include being very easy to DIY and also to maintain. Washing and drying, for example, takes no time at all. It can significantly cut down on time in your morning routine.

It’s also aesthetic – having stubble-length hair on your scalp adds a nice layer of shadowing to the top of the head. This contours and frames the top half of the face.

Here are the downsides:

It isn’t very versatile. The hair is way too short to do anything with – styling isn’t possible. Having said that, a lot of men see this as a positive. It takes the thinking out of styling.

People don’t trim buzz cuts to style them. They want that simplicity.

Another downside is only relevant for men who have rounder or shorter face shapes. Having hair this short on top prevents you from adding any sort of vertical height on top in the form of a quiff, faux hawk, and so on.

In other words, you can’t use the hair on the head to compensate for the face shape and elongate it.

So be aware of this – the 1/4 inch buzz cut may make a round face look even rounder.

For men looking to dip their toes into that buzz-cut-life, going straight for a ¼ inch may be diving in a little too deep too early.

It’s a very short buzz cut. If you’re looking to ease yourself in, consider the next buzz cut on this list instead. It’s long enough that it won’t be too much of a shock to see at first.

If you’re a fan, you could come back to the 1/4 inch buzz cut with confidence and assurance that you’ll probably love it too.

The 1/2 inch buzz cut can be trimmed using a Number 4 clipper guard.

Although it’s still very short, it’s long enough to give you some versatility and options. That’s the driving factor behind most of its benefits.

The 1/2 inch buzz cut is great for first-timers.

If you’re looking to trim your very first buzz cut, it would be a good one to choose. It’s short enough to still clearly be labeled a buzz cut.

But it won’t be too far from your usual if you were rocking a medium-length before.

Another benefit is that it’s just about long enough to style. Don’t get me wrong – your options are very limited. But with a bit of styling product, you could potentially spike or side-slick the hair.

These subtle changes can make a difference.

The 1/2 inch buzz cut is also a great option for balding or receding men. This is because the hair on top is just about long enough to cover the receding temples to an extent. Plus, it’s long enough to not make thinning patches on top look too obvious.

But it’s also short enough that the transition from the forehead to the hair on top isn’t as sharp, sudden, or obvious. Again, this makes the receding hairline look less obvious.

Buzz cuts are usually great for receding hairlines, but the 1/2 inch is definitely one of the better lengths.

That’s the beauty of this buzz cut length. It strikes a great balance and is just a safe bet if you’re looking for a length that very obviously looks like a short buzz cut with all its benefits, but also maintains some of the benefits of longer hair lengths as well.

The 1-inch buzz cut can be trimmed using a Number 8 clipper guard.

1 inch isn’t a common length for a typical induction-style buzz cut all over. The reason for this is that it’s too long to trim down to this length all over.

For one, it won’t look much like a buzz cut.

Plus, trimming down to 1 inch all over will usually lead to a fuzzball type of appearance unless the sides and back are tapered down a little. This becomes even more obvious as the buzz cut grows out.

What the 1-inch length is great for is buzz cut variations such as crew cuts, butch cuts, and high and tights. With these styles, the hair on top is trimmed down to an inch while the sides and back are buzzed down shorter.

The way in which they’re buzzed down shorter will vary according to the specific style.

1 inch buzz cuts are great because the hair on top is long enough to style. You can form a small quiff at the front. It’s just about long enough to pull forward into a short fringe.

But ultimately, you won’t usually want all of the hair trimmed down to an equal 1 inch. You’ll want to have the sides and back trimmed shorter and this does make the 1-inch buzz cut harder to DIY than the first two on this list.

Although it isn’t difficult to taper the sides and back using clipper guards a couple of grades shorter, it’s usually best done by your barber.

Anything other than very basic induction-style buzz cuts, including crew cuts, butch cuts, Ivy Leagues, high-and-tights, and buzz cuts with fades, is best done by your barber.

The three lengths are pretty different to one another. There’s a good chance you’re drawn to one of them more than the others.

Buzz cuts are great to experiment with, but it’s important to have an idea of what to expect before you take the plunge with any of them. 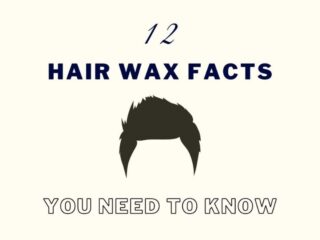 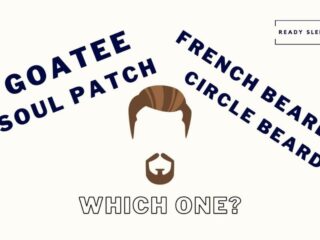 Goatee Vs Circle Beard Vs French Beard Vs Soul Patch: A Guide
Read Next Post →
Comments are closed.