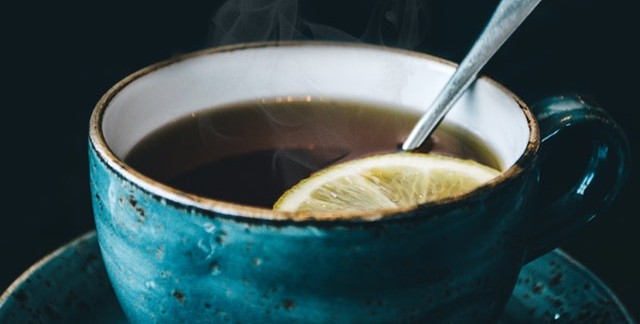 This tutorial combines two of the greatest entities known to man; beards and tea. Beard dyeing is a quick and relatively painless way to reclaim some youth. But to get straight to the point, can you dye a beard with tea?

The tannins contained within black tea are able to bind to the hair fibers and tint a beard a darker shade or hue. In other words, yes you can. As with many natural dyeing agents, the effects are temporary, as there is no oxidizing process to permanently or semi-permanently pigment the hair. It’s most useful for men with naturally dark beard hair (black or brown) who want to make it even darker.

What I’m going to teach you is a step-by-step routine for dyeing a beard with black tea. I’ll then go on to answer some commonly asked questions regarding the topic.

How To Dye A Beard With Tea

It’s important to always dye a beard unwashed. This might sound strange, but the benefits are significant.

When I say “don’t wash”, I mean “don’t wash with shampoo”. It’s perfectly fine to simply rinse with water only.

But using beard shampoo to wash the beard, although generally milder than hair shampoo, will still strip the facial skin of some natural sebum.

When it comes to beard dyeing with tea or anything else, having a nice, healthy layer of natural sebum can actually be very beneficial.

One reason is that the sebum oil will help to retain the dye from the tea, making the effects more pronounced and longer-lasting.

Another reason is that sebum oil always acts as a barrier and layer of protection against irritants, toxins, and so on. Although tea is mild, it does contain some acidic compounds and has the potential to irritate the skin.

Having more sebum oil there does help you counter this.

To do this, you won’t need much. That’s the beauty of DIY. There’s a good chance you’ll have some of this stuff just lying around.

You’ll need some water, black tea leaves (or powder), and some beard shampoo . As always, I always recommend using beard shampoo over hair shampoo. It’s much healthier and safer for your beard and skin.

What you’re left with is a rough and ready tea dye chomping at the bit to get onto your beard.

But before we smother our beard with this manly concoction, there’s just one thing we need to do first.

There’s a small chance that you may be allergic or at the very least intolerant of this mixture you’ve just made.

Before applying it onto your beard (and probably face), it’s important to know whether this is the case.

So, the day before you dye your beard, apply a small amount of this mixture onto your elbow. Review the area in 24 hours.

If you notice any rash or irritation, it’s best not to use tea dye on your beard. Your skin clearly doesn’t get along with it. In which case, try one of the other natural beard dyes at your disposal.

But if the area looks fine, proceed to the next step.

This step does mean you may have to store the mixture overnight. But in all honesty, it’s probably worth just making another batch, as it doesn’t take much time.

Start rubbing the tea dye into your beard hair, taking extra care to evenly distribute it and ensure that all of the beard is covered.

We’re aiming for a nice, even color.

Massage it into the hair strands down to the roots, rubbing tufts in between your fingers. Using a beard comb could be helpful here if your beard is long enough.

You may get a little bit of dye onto your face and neck. It’s almost inevitable, to be honest. Wipe it off as soon as it happens. It’s just tea, and unlike artificial beard dyes staining really isn’t a problem.

With regards to how long you leave this dye in, there’s no right answer. 60 minutes is a pretty safe bet, as it allows enough time for the tannins to get to work.

Once you’ve let it sit for at least 60 minutes, rinse the tea dye out with lukewarm water, either in the sink or the shower.

This should remove any excess dye and leave the end result.

Towel-dry it with a towel you don’t mind getting a little bit stained. Let it air-dry.

It’s important to manage your expectations. The effects of dyeing your beard with tea will most likely be mild, but definitely noticeable.

One of the beauties of it is that the effects aren’t obvious, which can often be the case with the artificial dyes.

Like many natural and DIY dyeing techniques, multiple applications might be necessary before you get the look you want.

But be sure to give it at least 24 hours before you try again. Attempting to dye it like this over and over again on the same day will most likely lead to skin irritation.

How Long Will The Effects Of Tea Dye Last?

It’s temporary. As I alluded to earlier, artificial dyes that are “semi-permanent” or “permanent” use chemicals such as ammonia to pigment the beard via oxidation reactions.

This is something men who prefer natural options choose to avoid.

As a trade-off, they accept and even welcome the milder and short-lived effects of natural dyes such as tea.

It’s quite likely that after one or two washes, the dark tint you’ve produced will be washed off. This can be seen as a benefit if you’re looking for a temporary effect, or just aren’t willing to commit to a long-term option.

Will Tea Damage The Beard?

Using tea is for the most part very safe. Unlike artificial beard dyes, you won’t be getting ammonia, PPD, etc.

There isn’t anything to suggest that the tea will directly harm the hair fibers to a significant extent.

But it’s important to be aware that tea does contain some mildly acidic compounds which can irritate the skin.

Be sure to perform the patch test, and to allow at least 24 hours between applications of the tea dye. This should give the skin enough time to recover.

Moisturize well, as the skin can become dry pretty quickly.

Other Natural Or DIY Ways Of Dyeing A Beard

There are several other options available to you. Read my article on natural beard dyes to find out more.

But in short, there is usually a natural option for whatever shade you are looking to produce. Much like with tea, the effects are usually short-lived and mild. Sage, coffee, and Chamomile tea are examples.

However, there are ingredients such as henna and lemon juice which do provide some longer-lasting results.

So if tea doesn’t quite work for you, or your skin doesn’t seem to get along with it, don’t panic. There’s a good chance a different natural beard dye will.

It’s fun and it’s effective. There’s no harm in trying this one out (as long as you perform the patch test first).

Using tea to dye a beard may seem odd, but people are doing it and are pleased with the results. If ever you’ve spilled some on a previously clean surface, you’ll know that tea has what it takes to stain.

As long as you try it out with reasonable expectations, there’s a good chance you’ll be pleased with the results too.