The Salt And Pepper Beard: Styles, Meaning, And More 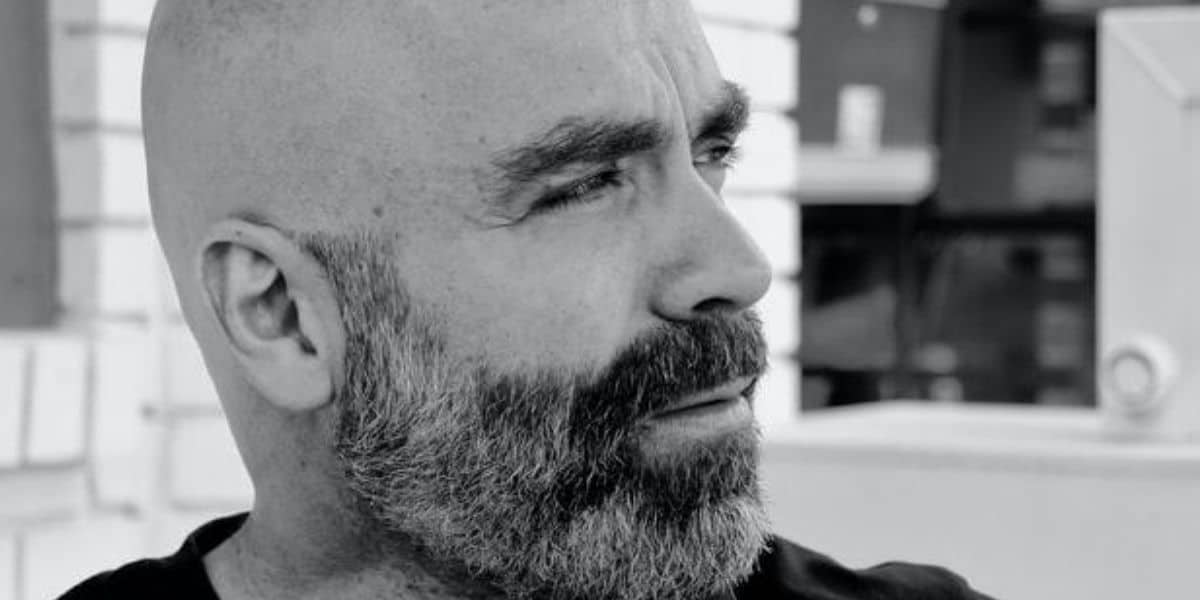 The distinctive appearance of this style has led it to become increasingly popular over the years. Many more men are choosing to adopt the silver fox aesthetic, either naturally or artificially. So, what exactly is a salt and pepper beard?

It’s a beard that blends white or graying beard hairs with hairs that still have their natural color. The “salt” refers to the lighter hair, while the “pepper” refers to the darker hair.

This appearance occurs naturally during the graying process, as some hairs lose their pigment before others. But it’s also possible to achieve the appearance artificially by dyeing the beard.

In fact, more and more young men who aren’t even graying are choosing to go down this route.

Here’s a full tutorial on how to dye a beard salt and pepper if you’re interested.

But if you’re simply looking to get an idea of some styles that work great with this aesthetic and also get some clear answers to some frequently asked questions, you’ll definitely want to read on.

Here are some descriptions and pictures of some phenomenal salt and pepper beard styles you can try out yourself.

1. The Salt And Pepper Goatee Beard

A goatee is defined as a beard with hair on the chin but none on the cheeks.

The salt and pepper goatee has all of the usual benefits of a goatee.

It elongates and adds prominence to the chin which is ideal for men with round faces or weak jawlines.

Goatees are also great for men with patchy cheek hair. Patchy cheeks are a common source of frustration for many aspiring beardsmen.

The beauty of the goatee is that it completely removes the need for thick cheek hair; it’s simply shaved off.

But the salt and pepper aesthetic adds its usual distinguished and refined edge to this classic style.

As you mature in age, cheek hair can become weaker and thinner. If you find this is the case as you start to gray, a goatee may be a simple, yet perfect solution.

Whether we’re talking about Ducktails, Garibaldis, or French Forks, a long beard oozes buckets of pheromones effortlessly from dusk till dawn.

Beard length is just one of those metrics that’s closely tied to masculinity. That’s the reality, whether you agree with it or not.

But that doesn’t mean it’s for everyone. The longer the beard, the higher the maintenance requirements.

You’ll most likely need to get it professionally trimmed now and again to keep it looking sharp.

But it’s often completely worth the extra effort.

The salt and pepper look on a long beard is very striking indeed. The reason for this is that there’s just more of it.

It’s pretty in-your-face and is a great way to turn heads, particularly for the older, graying gentleman.

If you find that as you start to age your beard becomes a little “saltier”, strongly consider growing it out.

Younger gentlemen looking to artificially recreate this appearance may find it more difficult, simply because the coloring process is more difficult the more hair you’ve got to deal with.

Salt and pepper stubble is defined as a light and dark blend of facial hair that’s less than 5mm in length.

It’s subtle and simple, yet rugged. In the last couple of decades, it’s reputation has shifted from the typical “lazy man’s beard” into something significantly more sophisticated.

One of its key benefits is just how easy it is to maintain. Compared to longer beard styles, it’s a walk in the park.

But maintenance is required. The borders need to be well-defined and neck stubble needs to be removed. That’s the difference between a lazy man’s stubble and designer stubble.

It works so well for all of the same reasons. Sure, it’s easy to maintain. But it’s also a great way to add shadowing and add contours to the face.

Even light salt and pepper stubble can add definition to the cheekbones and the jawline.

As you start to age, these features start to become a little flabbier and less defined. Growing stubble and keeping it neat is a simple way to tackle this problem.

The extended salt and pepper goatee is a goatee variant. Just like any other goatee style, it consists of hair on the chin but not on the cheeks.

However, it’s characteristic feature is that the bottom edges extend up part of the jawline on either side.

You could almost think of it as a chinstrap that doesn’t extend all the way up to the ears.

It’s a subtle variation on a Full Goatee but adds a unique edge to the overall appearance.

Although it’s benefits are very similar to that of any other goatee style, it does have one benefit that the others don’t.

The extended goatee adds a bit of definition to the part of the jawline closest to the chin. This is a significant benefit, particularly for men with weak jawlines.

In this way, it’s similar to the chinstrap but does look a lot more mature and refined.

Once again, the salt and pepper look makes this goatee style look a lot more distinctive. It’s definitely one to try out.

A “short” salt and pepper beard can be defined as one that’s longer than 5mm (stubble) but not long enough to be considered a medium-length beard.

As you’d expect, this is pretty hard to define. One man’s “short” is another man’s “long”.

But in general, a beard less than 12-15 mm long can quite comfortably be considered “short” by most men’s standards.

They do have more maintenance requirements than stubble, as brushing and oiling become a lot more important.

But they still shouldn’t take up too much time within your grooming regimen.

Short beards are incredibly versatile, even more than long beards. The style options are pretty vast.

Van Dykes, Short Boxed, Beardstache, and so on.

When compared with stubble, short beard styles aren’t as good for adding definition and shadowing.

But when the borders are neatly defined they can still very effectively contour the face.

Is The Salt And Pepper Beard Style Attractive?

The salt and pepper aesthetic is attractive because it makes a beard look more distinguished, sophisticated, and interesting.

This concept is proven by the sheer number of men choosing to adopt this style instead of coloring it all in.

It’s proven even further by the number of younger men that aren’t even graying but still choosing to artificially recreate this look.

This is usually because they want to appear older, wiser, or more mature.

People are attracted to unique styles as opposed to something you see every day.

Salt and pepper beards are attractive because it takes a certain amount of confidence.

It takes a bit of courage to go against the grain and embrace graying hair instead of shying away from it.

Growing a salt and pepper beard is often a fantastic option for balding men. The two often go hand-in-hand as they’re both associated with the aging process.

As your beard starts to gray and grow “saltier”, you may find your hairline starts to recede.

All of a sudden you may find that you’ve got a salt and pepper beard as well as a bald head without even realizing it.

This is just your new look and it’s one that should be embraced.

As always, growing a beard is a fantastic style choice for a bald or balding man. The balding process can make your head look more round, as you’re no longer able to use the hair on your head to change the shape.

Growing hair on the chin is a simple solution to this common and frustrating problem that balding men face.

The pointier the beard style, the more pronounced the effect. The roundness caused by a bald head can be counterbalanced nicely.

Is There A “Best” Salt And Pepper Beard Style?

The best salt and pepper beard style really depends on personal preference, your face shape, and just how willing you are to maintain it.

The look is one that would work with almost any beard style you could think of. It’s just a case of picking one that meets your criteria.

Patchy salt and pepper beards can still work but will never look as impressive as a fuller one.

The reason for this is that the graying or lighter hairs can make a beard look even thinner and patchier.

This effect is due to having light hairs immediately next to darker hairs. The lighter areas will always look thinner than the darker ones as a result.

Although coloring it all in would fix this problem, there are ways of tackling patchiness without losing the salt and pepper effect.

One option is to simply shave off the patchiest areas. This may require a little creativity and some knowledge of what styles would be possible with your hair distribution.

The cheeks are often the patchiest areas of growth, which is why a goatee may be an ideal option. That cheek hair can simply be removed and you’ll be left with the nice, thick hair around your mouth and on your chin.

But if you’re struggling to figure this out, the most effective and efficient way of getting the answers would be to visit a professional.

Head down to a reputable barber and ask them what can be done. They’ve got the expertise necessary to work with what you’ve got, no matter how patchy.

They’ll be able to tell you what styles would work best while achieving a fuller and less patchy appearance.

Salt And Pepper Beards For Men In Their 30s

There are plenty of men who start graying and growing a salt and pepper beard in their 30s. This is a natural part of the aging process.

They’ll often find that it adds new levels of maturity and sophistication. Their beard suddenly becomes more eye-catching and head-turning.

There are also many men in their 30s who wish to color their beards to achieve this aesthetic artificially.

They may have grown tired of the same color they’ve had for so many years and want to try something new. Either that or they just want to look a little older and wiser.

Here are some additional tips to round things off. They’ll help you make the most of that glorious facial fur you’ve chosen to nurture.

Some beard aesthetics just have that timeless quality to them.

It’s hard to see this one fading in popularity any time soon.

Hopefully, this article has taught you everything you could want to know about the topic. Use the pictures and tips to influence your own style choices.

Experiment often and remember to have fun with it. 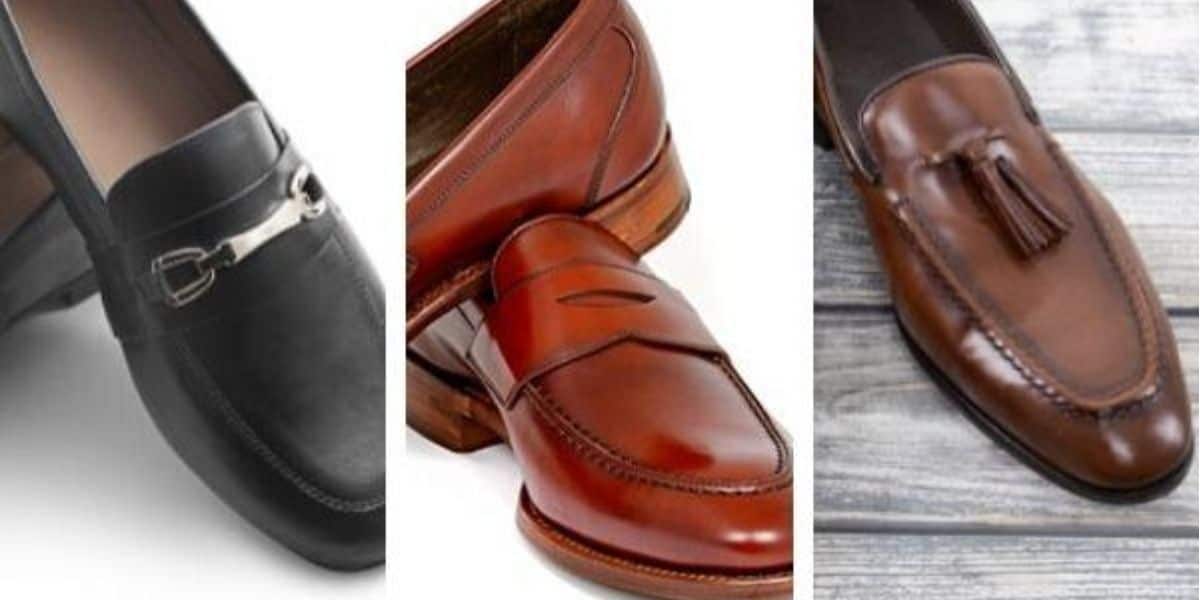 Do Loafers Stretch? Everything You Need To Know
Read Next Post →
Comments are closed.