An Essential Guide To Washing Beards With Water Only

With just a touch of stubble you could most likely away with the minimum amount of effort. But longer beards need a little more thought when it comes to washing. The question remains, however, can you wash your beard with water only?

Yes. You can wash your beard using plain water and you’re unlikely to experience any significant unwanted effects. Many men with substantial beards follow this practice and manage to keep them very well-groomed and hygienic.

There are benefits to shunning beard shampoos and opting for this au naturale approach.

But it’s important to note that beard shampoos do have some benefits you could potentially be missing out on.

As always, the best option would be to experiment and see what works best for your specific beard. What I wanted to go through in this article were the potential benefits and disadvantages you may come across.

Benefits Of Washing A Beard With Water Only

This is based on my own experience of contrasting the effects of washing my beard with water only against washing it using beard shampoo.

Ultimately, most men who do use a beard shampoo only use it 2-3 times per week. Using it every day is almost never a good idea, for reasons I’ll go into in the next section.

But what are the benefits of choosing not to use beard shampoo at all, and simply regularly rinsing with water indefinitely?

1. It’s not as drying on the beard or skin

Beard shampoo (a.k.a beard wash) is designed specifically for beards. Its composition is actually less harsh than that of head shampoo.

Head shampoo is designed to be more aggressive in its removal of grime and oil because the scalp just produces more sebum than the face does.

Also, facial skin is a lot more sensitive than the scalp, and the product used needs to take this into account.

But although beard shampoo is “gentler”, in that respect, it does still strip the facial skin of natural sebum. In fact, this is the desired effect. To de-mattify (unclog) the beard hair, making it look and smell cleaner and less greasy.

The problem arises when it does this too much. Disrupting the skin’s natural equilibrium in this way can cause irritation, drying, flaking, and so on.

Natural sebum can actually be wonderful for beards when distributed properly.

A light coat over the hair shafts can give the beard a mild shine that looks very healthy. Using a beard brush to distribute this natural sebum evenly can work wonders.

Regularly rinsing the beard with water only instead of using beard shampoo is kinder on the skin. It removes dirt, grime, and excess oil without drying out the beard or irritating the skin too much.

It may not be as cleansing as shampoo, but as I said, it’s kinder.

With the beard trend growing almost exponentially, so too is the ever-expanding market of beard grooming products.

“Beard shampoo” hasn’t been a mainstream term for very long at all.

As you’d expect, the cost of beard shampoo is usually greater than that of head shampoo.

Unfortunately, this is one of the main reasons why bearded men choose to wash their beards with damaging head shampoo instead.

One of the clear advantages of choosing not to shampoo the beard at all is that you save on the cost.

Water, as it flows majestically into your bathroom sink, is relatively “free”. I mean sure, you pay for it monthly. But you’re using it to brush your teeth and wash your face in any case.

Why not run it through that glorious beard as well?

The money you save on beard shampoo could be used on other grooming products such as beard oil , a beard brush , or a beard comb .

3. You probably won’t notice a difference

The main reasons men choose to shampoo their beards once or twice a week are to make them look less oily and to make them smell cleaner.

But when bearded men decide to take the plunge and simply rinse with water and nothing else for a couple of months, they often surprise themselves.

They don’t usually notice a significant increase in the “oiliness” or “greasiness” or their beard. It looks full, it looks healthy, it looks well-nourished.

Even if it does look a little bit oilier, it isn’t usually in an unattractive way. This added shine often makes it look fuller and less brittle.

With regards to the smell, this really depends on your lifestyle and environment. Certain smells linger in the beard longer than others, and if you’re exposed to them it may take more effort to remove them. I’ll discuss this in more detail later on.

But again, most men don’t notice a significant difference when compared to using beard shampoo.

Rinsing with water seems to remove most odors just fine for them.

This is simply because you’re cleaning the beard, but also ensuring it remains well-moisturized.

It goes back to ensuring the skin and the beard isn’t dried out excessively and leaving a healthy amount of natural sebum untouched.

Rinsing with water and not beard shampoo allows you to achieve this.

A good way to ensure that you’re still exfoliating the skin (removing dirt and dead skin cells) is to brush the beard regularly. The bristles of a brush are excellent at exfoliating skin and also re-distributing natural sebum.

Disadvantages Of Washing A Beard With Water Only

1. It isn’t an option for very oily beards

Some men are just oilier than others.

It’s a fact, and there isn’t a whole lot that can be done about it. To be honest, it’s simply down to how active their sebaceous glands are in the production of sebum oil.

Unfortunately, for these men, simply rinsing their beards with water for months on end just won’t do the trick. Over time, that oil will just accumulate and start to make the beard look greasy and unkempt.

It will start to smell, look patchy, and lopsided. It just isn’t worth it.

If you happen to be one of these men, it would be a good idea to use beard shampoo twice a week. In fact, even more often than that if you really need to.

Beard shampoo is able to de-oil that beard more aggressively than water would be able to.

Another thing to bear in mind is that if oil starts to collect in large quantities it can start to clog the pores and cause breakouts.

But these men do seem to be in the minority. Most men are able to tackle their oily excesses with just water. If you aren’t one of them, however, this information is for you.

2. It can be difficult to wash out certain products

As I mentioned above, the available range of beard grooming products is really quite alarming. Balms, pomades, waxes, etc. I love it.

But it’s no secret that certain products are just tougher to wash out than others. This is particularly true of those with a medium to strong level of hold.

These are designed to be resilient, and keep that facial hair in whatever spectacular style you desire.

Beard wax is one of these. It has a strong hold, and can be tough to wash out without beard shampoo.

Your options would include choosing a product with less hold but easier to wash out (like beard balm), or using beard shampoo only when using wax on those special occasions.

Whatever products you may use on your beard, see if you can wash them out without the need to use beard shampoo. If you’re able to do this, we’re in business.

3. You may miss out on some other benefits of beard shampoo

Many beard shampoos are created using all-natural, plant-based ingredients these days. To top it off, they’re often infused with oils such as argan oil and jojoba oil.

These are moisturizing and nourishing for the beard and the underlying skin.

But although this sounds good in theory, I often feel as though they’re simply trying to counter the drying effects of the shampoo. These effects wouldn’t be an issue if you simply used water only instead.

A simple alternative would be to wash the beard with water (skipping the shampoo) and then apply some beard oil afterward.

Beard oil often contains oils such as argan oil and jojoba oil as well as other nourishing ingredients. The beauty of it is that it gives you the good effects without any of the bad ones.

4. It can be hard to remove some odors

Some smells are just harder to remove than others. If you happen to work around fumes and gases, whether it’s a factory or restaurant some odors are just going to stick.

In addition, some men are just worse at leaving bits of food in their beards.

Being a messy eater isn’t a crime, but it can make beard hygiene a little more complex. Cigarette smoke is another resilient odor that’s hard to extract.

If you’re one of these men, there’s a good chance that washing your beard with only water just won’t cut it. You’ll need to use beard shampoo for a more thorough cleanse.

But do remember to moisturize or use beard oil afterward to counter the drying effects. It’ll make it smell better too.

Should You Wash Your Beard With Cold Or Hot Water?

In short, lukewarm water is always the safest bet. But let’s talk through it in a little more detail.

If you’re sold on what we’ve already talked about, you may be wondering what water temperature is the safest and most effective for a beard.

As you’d expect, every man’s preferences and every man’s beard is different. As a general rule, however, almost always avoid washing your beard with very hot water.

In fact, even just “hot” water can do more harm than good.

Hot water has a tendency to damage the integrity of the hair shafts, causing them to become weak and brittle over time.

Cold water is fine but can be quite uncomfortable to use. But if you happen to live in a particularly warm climate, this may be a heavenly experience.

But with lukewarm water it’s really hard to go wrong. It’s gentle and comfortable to use. Plus it’s warm enough to open the pores.

The temperature of the water makes very little difference to how cleansing it is. Don’t let that guide your decision. It’s simply down to personal preference, climate, and safety.

Cleaning a beard is an essential component of beard grooming. As your beard gets longer, hygiene becomes more of a pressing issue.

Knowing how to wash a beard effectively is important, but knowing what to use is a good starting point.

Washing a beard with water only may not be for everyone, but it may very well be for you. If you’re keen to test it out, go for it.

Worst case scenario, you just shampoo it whenever you feel it isn’t for you. But be sure to give it some time before calling it quits. Chances are you’ll be pleasantly surprised. 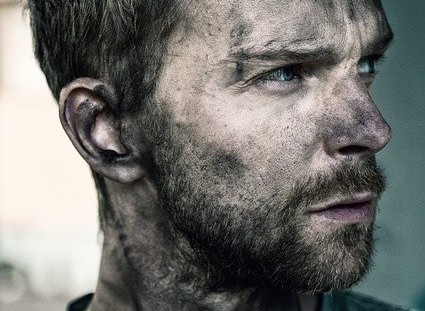 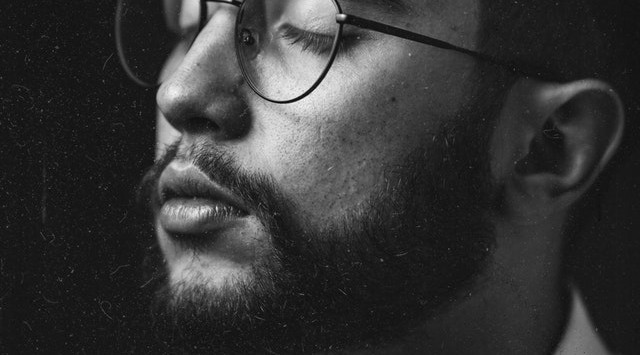