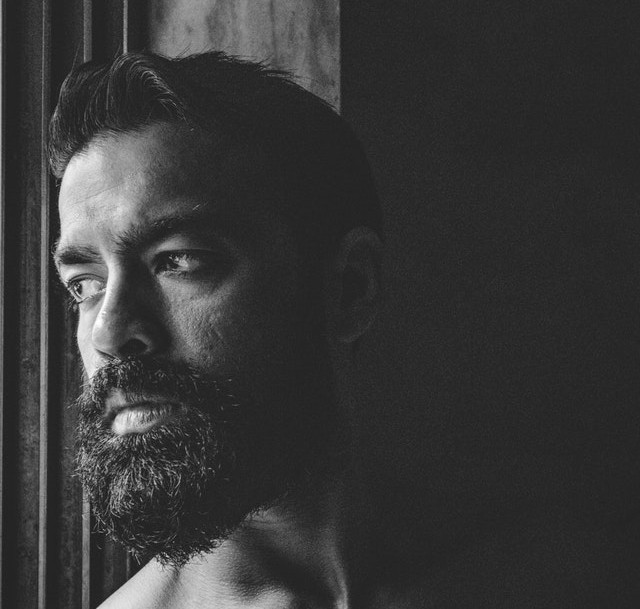 Beard brushing has become a pillar of sophisticated beard maintenance, but one question has lingered for very, very long. Does brushing a beard stimulate growth?

Unfortunately, very little research has been done to determine whether it actually does. The most popular theories focus on claims that brushing the beard stimulates growth by improving blood flow, exfoliating the skin, and releasing natural oil from the skin. But at the moment, these aren’t backed by any hard science, although many beardsmen swear by them.

Although its ability to help beard growth is disputed, it’s still important to understand the existing theories when it comes to beard growth. It’s also important to know what brushing a beard definitely can do for your beard, and why you should do it.

Ways in which brushing your beard may stimulate growth

Once again, these are just theories right now. But hey, theories are fun to talk about.

1. It may improve blood flow

A beard needs to be fed to grow. That much is common sense. For a beard to get the oxygen and nutrients it requires (and thoroughly deserves), it needs a good delivery service. That delivery service is blood.

2. It exfoliates the skin

It’s true that brushing a beard, especially if using a high-quality beard brush , will exfoliate the underlying skin if you go deep enough.

This is a great skincare practice, regardless of what it does for your beard. What it does is scrub off the layer of dirt and dead skin cells that clog up the pores and cause breakouts.

It gives the skin a dazzling glow that compliments a beard very nicely.

But does exfoliating actually stimulate beard growth? Well, this layer of gunk may do more than just clog up the pores. It may actually clog up or mattify the bases of the hairs, and block the path of sprouting follicles.

Removing this layer of dirt and dead skin cells should help prevent this obstruction and could help you grow a thicker beard, faster.

One way to exfoliate is by using a face scrub , which takes 30 seconds and can easily be included into a grooming routine. Exfoliating is something you shouldn’t over-do, however. It can make the skin temporarily sore, irritated, and dry.

An important precaution is to moisturize well after every time you do it. Always look after your skin, as much as you do your beard.

3. It may release natural oils from the skin

This one may contradict the last point, which focused on removing excess gunk from the skin. But it’s important to know that sebum oil is important for the beard as well.

The skin produces this oil which helps to protect the skin barrier. Brushing the beard re-distributes this oil from the bases of the shafts across the beard and can make it look so much better.

It makes the beard look less dry by distributing this sebum oil from the base of the hair shafts to the tips. Whether you have dry skin or oily skin, brushing the beard moves oil to where it needs to be. This conditions, and moisturizes the beard very well.

Beard brushing is also said to stimulate the release of sebum oil from the skin, nurturing a beard like this as it does so.

However, many also believe that this release and re-distribution of oils can stimulate beard growth and help it to grow faster.

Beard oil , is a very popular beard grooming tool for similar reasons. It often contains essential oils such as argan oil or jojoba oil which gives the beard a nice, slick shine. A dry beard can not only itch, but look weak and lifeless.

More benefits of brushing a beard

Let’s talk through some benefits of brushing a beard which definitely do work and deserve your attention for that reason.

1. It trains the beard to grow in a sensible direction

Beard hair is notorious for not playing ball. The shafts often appear to grow in different directions, leading to shabbiness and patchiness.

Simply running a brush through it regularly can make it look temporarily neater and fuller. However, over time it can “train” the beard to grow downwards instead of outwards.

This means that after several months of frequent brushing, you’ll need to brush it less to get the same effect.

Beard brushing is one of the easiest ways to stop beard hairs from sticking out. It’s a quick, simple method to get a more sophisticated looking beard.

2. It evenly distributes oils and products

Balms, waxes, oils, pomades. There is a seemingly endless selection of products available for beardsmen today. One of the main issues is that they come with very little training on how to use them.

It can cause the hair to clump together and lead to a patchier, thinner appearance. A tragic outcome after trying so hard to make it look better.

In this respect, a beard brush is your best friend. For example, running your brush through after you apply some beard oil is a fantastic way of ensuring you spread it evenly across.

It’ll also separate any hairs that may have clumped together, giving that nice shine while keeping it looking full.

3. It reduces itchiness and flaking

This goes back to the exfoliating part. The brush does indeed exfoliate the underlying skin, just like a face scrub would do.

This reduces itchiness and keeps the skin feeling smooth if your beard is short enough to get to the skin. It also removes any dead flaky skin and reduces beard dandruff that can accumulate as well.

These little incremental differences can add up to huge gains in beard strength over time. It’s the little things that make the difference and separate the weak and lifeless beards from the brilliant ones.

Growing a beard can be an awkward, uncomfortable process to start. The dreaded beard itch is something which all beardsmen have experienced it.

But they often don’t realize that a lot of the blame should be placed on their skin, not their developing beard.

A beard brush’s exfoliating properties shouldn’t be underestimated, and can make the beard-growing process feel a lot more comfortable by reducing the itch.

4. It reduces breakages and split-ends

By re-distributing sebum oil and essential oils from the bases of the hair shafts to the top, brushing can coat them with a layer of protection.

This strengthens the hair and reduces the risk of breakages and split-ends. There’s nothing more attractive than a beard that looks well looked after, and well-nourished.

But there’s a caveat to this. Not all beard brushes are made equal. Some brushes are actually harmful to the beard and can increase the likelihood of breakages and split-ends. We’ll discuss this in more detail in the next section.

Also, it’s important not to overbrush. Brushing the beard too often can cause several problems, and one of them is causing unwanted damage to an otherwise healthy beard.

What type of beard brush should you use?

There are a few different types to choose from. The main two you should know about are synthetic and boar bristle. Spoiler alert – a boar bristle beard brush is the one you definitely need to go for.

It may be tempting to choose the cheaper, synthetic nylon brushes on the market. But they are pretty much universally despised by serious beardsmen.

Synthetic brushes cause a great deal of static and prevent oils from being properly distributed throughout the beard. They’re also harsher and more likely to cause damage and split-ends.

Boar hair, on the other hand, is actually surprisingly similar to human hair. It’s able to work its way through a beard very comfortably without causing too much agitation.

Boar bristles are also a lot more effective at re-distributing sebaceous oil from the base of the hairs to the tips and along the shafts. Like we’ve already talked about, this is great for the beard.

So, brushing a beard is an essential part of beard grooming, and definitely shouldn’t be ignored. It makes the beard look neater, fuller, and healthier.

There are certainly ways in which beard brushing may promote or stimulate beard growth, such as by improving blood flow, exfoliating the skin, and releasing natural oils from the scalp.

But the benefits of brushing your beard extend way beyond simply stimulating growth. Looking at the bigger picture will hopefully give you even more incentive to do it regularly.

Just remember to go for a good quality boar bristle beard brush, or you’ll end up doing damage more than anything else.