The number of problems a man could potentially face on his bearded journey does seem endless at times. Awkward phases will happen more than once. But how can you fix the problem of a see-through beard?

The see-through nature of a beard can be reduced by increasing the perception of thickness and density. This can be done by proper grooming, choosing the right beard style, and maybe even simply growing it longer.

Although that’s the gist, I wanted to dig into these tips a little deeper.

Because a lot of men go down the wrong path and look for “miracle fixes”. The best solutions are usually working with the beard you’ve already got instead of chasing after a dream beard that probably isn’t possible.

That’s exactly what these tips are going to focus on.

So, without further ado, let’s get to it.

What Is A See-Through Beard?

A see-through beard is a phenomenon where light shines through certain parts of the beard and reveals the underlying skin.

As you’d expect, it’s definitely more obvious in certain types of light more than others.

But it’s also important to realize that this is extremely common and can pretty much be considered normal. Even the darkest and thickest of beards can appear “see-through” at certain times.

It’ll depend on the amount of light, for one.

But it’s true that patchier, thinner, lighter, and wirier beards are more likely to look see-through than others.

Having said all that, if you’re looking to make a beard look less see-through, there are probably some things that can be done to make it happen.

Now, let’s get onto those tips.

7 Tips To Fix A See-Through Beard

It’s unlikely that all of these will apply to you. But there’s a good chance that some of them will.

Trying them out is really the only way of figuring out which ones work for you and which ones don’t.

A see-through beard can be caused by some areas looking patchier and thinner than others.

As a result, light shines through the thinner areas and reveals more of the underlying facial skin than the thicker areas.

Patchy beards can be extremely frustrating and there’s often no quick solution.

But one option would be to simply grow the beard longer than you might be used to. One reason for patchiness is that some parts of the beard just grow slower than others.

This is pretty normal.

But giving the patchy beard areas enough time to catch up by letting it all grow longer before trimming it down may be worth trying.

In addition, simply growing older and allowing the beard to mature often allows these patchy areas to fill in as well. This is probably the easiest solution out there as it simply requires existing and increasing in age.

If the patchiness fills itself in, you’ll find that the beard becomes less see-through as well.

Here’s an interesting one.

You know how a blue T-shirt can really make blue eyes pop?

Well, the same can go for beards.

Wearing lighter and whiter clothing can make a beard look more see-through than at other times. In contrast, there will be colors that compliment your beard color and make it look darker and fuller.

So, the background against which people see your beard does matter and can make it look less see-through.

With regards to which clothing colors will work best for your beard, it really depends on the color of your beard. Experiment and find out.

But in general, darker colors and shades will work best.

One of the easiest ways of dealing with the see-through areas of a beard is to remove them if possible.

It’s quite likely that certain parts of the beard will be more see-through than others. As I mentioned earlier, these are usually the thinner and wirier areas.

Cheek hair is especially notorious. Let’s use it as an example.

If the cheek hair looks more see-through than the rest of the beard, try rocking a goatee.

A goatee completely removes the need for cheek hair altogether by simply removing it. It’s defined by there being hair on the chin but not on the cheeks.

The see-through cheek hair is simply shaved off and what you should be left with is a relatively less see-through goatee beard.

Darker hair tends to look fuller and less see-through than lighter hair, particularly when it increases the contrast between the beard color and skin color.

If you feel as though a darker beard color may suit you, it may be worth trying to dye it.

Simpler Hair And Beard Dye is one of them. It’s a semi-permanent dye with several very natural-looking colors available to choose from.

To sum that up, although it may not completely fix your see-through troubles, dyeing the beard may well be your greatest bearded decision.

It’s a great way to keep things interesting on your journey by changing things up from time-to-time.

5. Bulk Up The Neckbeard

This is more relevant to long beards, but it’s definitely worth mentioning.

As the name suggests, the “neckbeard” is the hair that lies over the neck. It lies behind the forebeard that travels down the chin and beyond.

The neckbeard provides structural support to the long forebeard that grows in front of it.

So, allowing the neckbeard to grow and “bulk up” is a good way of adding visible density to hair in front of it.

Having said that, it’s important to talk about the neckline here as well.

The neckline is the border between the neck hair and the neck skin. Trimming and maintaining it is one of the core principles of beard grooming.

It’s a pretty involved tutorial, but the crux of it is that you usually don’t want a layer of hair visible across your neck (i.e a neckbeard) because it doesn’t look good.

This is particularly true when you’ve got stubble or a short beard.

But when you’ve got a long beard, so long that the forebeard covers the neckbeard, maintaining the neckline isn’t quite as important because it isn’t really visible in any case.

In fact, growing and bulking up the neckbeard will simply provide support to the forebeard and make the forebeard look denser (i.e less see-through) as a result.

The benefits of running a boar bristle beard brush through your beard on a daily basis should never be underestimated.

Once you’ve got around 3 to 4 weeks of growth, start brushing your beard daily.

What it’ll do is train the beard to grow straighter, flatter, and more uniformly. Yes, this makes a beard appear thicker without actually increasing the number of hairs you’ve got.

Because of this, it’s a very simple way to make a beard look less see-through over time.

But remember, it does take time.

The rewards from daily brushing won’t be obvious immediately. But as your beard grows longer you’ll be thanking yourself for the fact that you started brushing as soon as it was long enough to benefit from it.

Boar bristle beard brushes are great because the boar hair is pretty similar to beard hair, so it moves through the beard without much tugging or pulling.

In addition, the boar bristles are great for distributing natural oils, as well as artificial oils like beard oil.

This produces a nice sheen across the beard and prevents the oil from accumulating and causing greasiness.

It’s yet another way in which brushing the beard regularly will make it look less see-through over time.

This is probably going to be the least popular “fix” on this list, but here goes.

Remember how I said a see-through beard is often just normal? Well, I’m going to say it again here.

Noticing a see-through beard is often just a result of spending way too much time analyzing it in the mirror.

It’s no secret that many aspiring (and established) beardsmen are guilty of this.

But so many men experience this issue that it’s pretty safe to say that it’s not worth worrying about.

The cartoon-esque solid beards you see in comic books and photoshopped model beards in the magazines just aren’t really a thing.

The vast majority of beards will be see-through to a certain extent, even if it’s just in a few areas.

So, the simplest and easiest solution would be to just go about life as normal and focus on good grooming habits like beard brushing and beard combing. Oh, and oiling regularly as well.

OK – even if you’ve ultimately decided that the see-through nature of that beard isn’t really a problem anymore, you’ve got some options if you still do.

Hopefully, within this list of tips are a few that’ll really work for you and your specific beard. 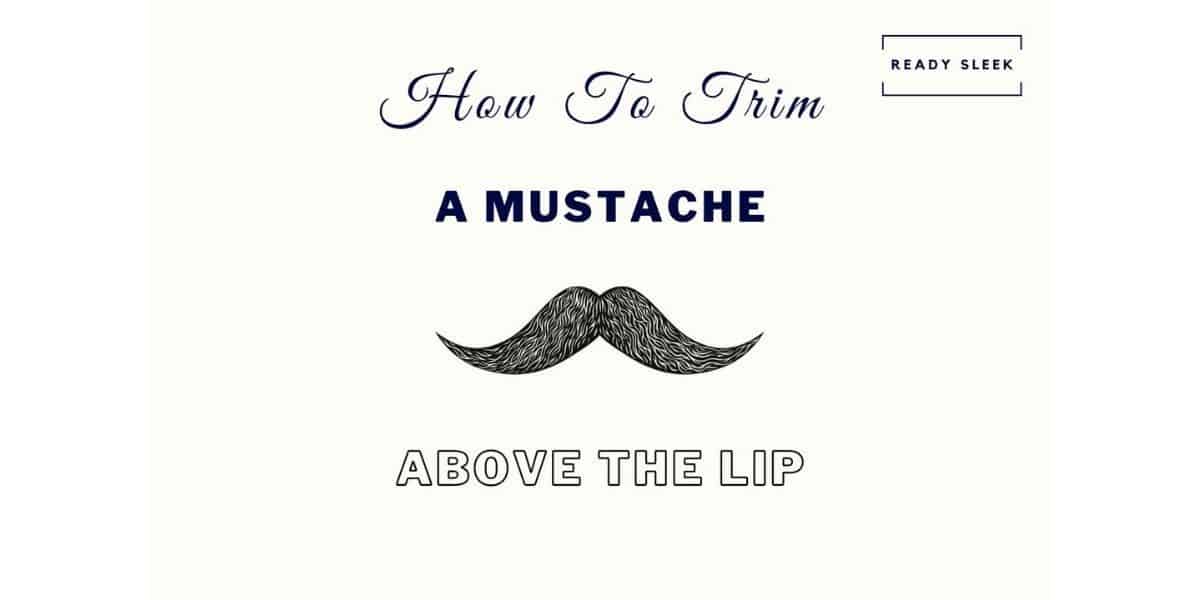 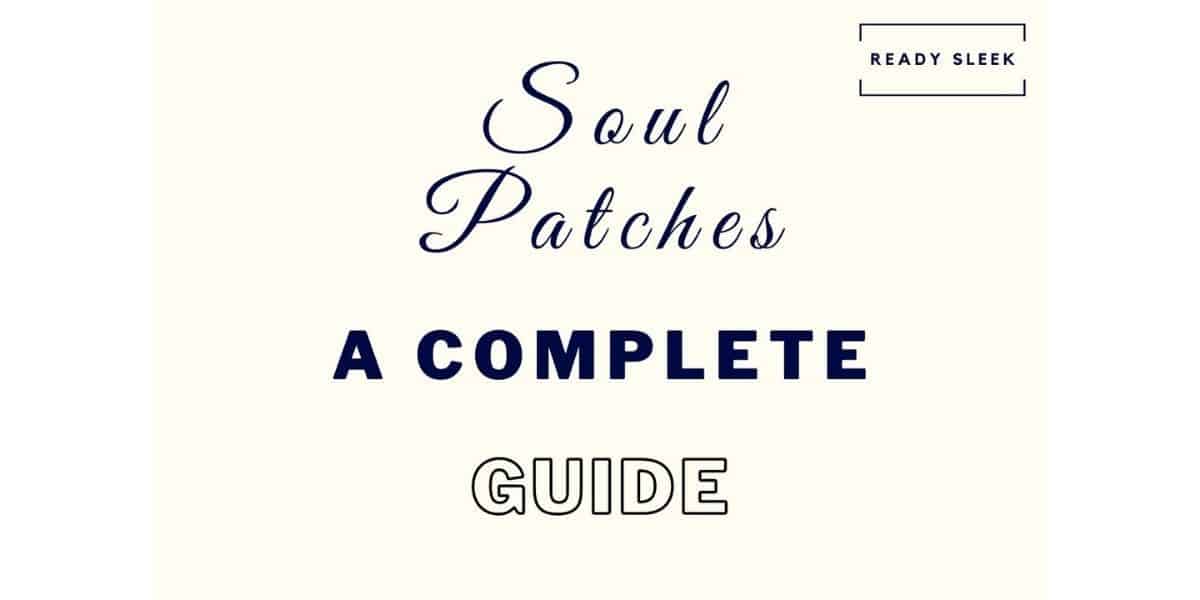 Soul Patch Beards: Exactly What You Need To Know
Read Next Post →
Comments are closed.