Buzz Cuts Vs Long Hair: Everything You Need To Know

While buzz cuts and a variety of long  hairstyles are all popular, most men like to choose their hairstyle based on more than popularity alone. A man’s hair should also reflect his personality and flatter his other features.

Buzz cuts are a striking low maintenance style on a lot of men, but they can look awkward and off-putting on others. Long styles require more maintenance than a buzz cut, but they also offer a lot of variety. There is a long style out there to suit every type of man.

Keep reading to learn more about buzz cuts and long hairstyles, as well as how to determine which one might be right for you.

Buzz cuts are short and evenly-trimmed all over using a clipper, while long hair can be styled into anything from man buns, to undercuts, or even to loose and shoulder-length.

The buzz cut started as a military look and took off from there. It’s an incredibly short style that is the same length all over.

All buzz cuts are produced with hair clippers. They range from super short like the buzz cut with no guard, to longer buzz cut lengths like the #6, #7, or#8.

A pompadour is a men’s haircut that has a lot of length on top. The forelock (hair over the forehead) is swept upward and backward all the way to the back.

Pompadours are typically glossy, with big volume being a characteristic feature.

Although pompadours are a fantastic homage to a more classic and vintage era, a modern resurgence is sweeping the younger generations at the moment. It’s great to see.

Undercuts are also longer on top and shorter on the sides and in the back. However, the top of an undercut does not have to be pushed straight back.

It can be left flat, side-swept, or pushed back.

What defines the undercut is the sharp transition between the long hair on top and the very short hair at the back and sides.

This is compared with fades where there is a gradual increase from short to long as you go up the back and sides.

With undercuts, there is a sharp contrast between the long and short sections. Undercuts may also be asymmetrical, meaning one side is even shorter than the other.

Fades are incredibly popular at the moment.

All fades blend from being long at the top of the back and sides, to gradually shorter towards the bottom of a man’s head.

Many styles can include faded sides and back; man buns, quiffs, comb-overs, etc. Practically any long style you can think of.

Faded pompadour styles are very popular at the moment.

There are high, mid, and low fades.

With high fades, the transition point at the sides and back where the shortest hair gradually blends into longer hair is around the level of the temples.

With low fades, this transition point is around an inch above the ear.

With mid fades, the transition point is approximately in between the two.

There are also skin fades, where the shortest part at the bottom is shaved with a razor to show the scalp. Not all fades go quite that short – for example, number 2 fades.

Though it used to be frowned upon, several men are receiving positive attention these days for wearing their hair down past their shoulders.

Leaving such long hair loose allows the hair to frame a man’s face, and slightly shorter hair in the front enhances this effect.

Buzz Cuts Vs Long Hair: How to Choose

Many different factors ought to determine which of these popular styles you would choose. To best decide between a buzz cut and long styles, consider the following factors:

Buzz cuts require very little maintenance. At most, you may have to retrim it once or a week to keep it short, but many men are capable of doing this themselves.

In other words, you don’t necessarily need to pay a barber to do it for you.

In contrast, longer styles may need to be brushed, combed, trimmed, or styled frequently.

This requires more attention and extra tools or hair products. Longer hair also takes longer to wash and dry, and rushing this process can easily lead to a bad hair day.

Some men do not have the face shape to pull off a buzz cut, although the style may appeal to them.

Buzz cuts are striking on oval, diamond, and square faces, as they show off the sharp features that are already there.

Round faces, on the other hand, don’t suit buzz cuts quite as well. They tend to make round faces look even rounder, because there isn’t enough hair on top to adjust the hair to add height and elongate the face.

Quiffs, for example, are impossible when the hair is buzzed down short.

For longer styles, there is something that will flatter every face shape. Men with “longer” face shapes can leave their hair flat like in a French Crop. Or they could simply sweep it to the side.

Men with rounder or shorter faces could use the long hair to add height the face and make it look less round. Quiffs and pompadours are great options and very effective for this purpose.

By trimming the hair down so short, receding hairlines can often look less obvious. The reason for this is that the transition from the forehead to the hair on top is less obvious.

Also, buzz cuts can make thinning hair on top less noticeable. By trimming all of the hair down to the same, short length, thinning patches look less obvious.

So, if you’ve got thinning hair or a receding hairline, strongly consider a buzz cut instead of long hair.

Ideally, your haircut will reflect your personality.

The clean-cut, ultra-sleek aesthetic of the buzz cut is often associated with efficiency, organization, and a no-nonsense attitude.

If you’re a man that values simplicity, buzz cuts may be the way to go.

On the other hand, if you’ve got more of a rebellious or laid back edge, loose, long, and shoulder-length hair may be an option.

If you’re a man that values current trends and wants to make it known that you’re in touch with them, pompadours and faded styles would be ones to consider.

Maintaining long styles also has the benefit of showing off other traits of your personality.

For example, it shows that you take pride in your appearance and go to the effort of visiting a barber, applying product, and not letting it get too scruffy. This suggests that you’re conscientious, proud, and tidy.

It’s amazing how much a man’s hairstyle can say about his personality.

You may also be interested in the general preferences of women when choosing a hairstyle.

When choosing between buzz cuts and longer styles on the men in their lives, a lot of women prefer the longer styles.

They often prefer hair they can run their fingers through. Plus, they like the versatility that long hair in a man can bring, having the option of switching up their style from time to time.

As you’ve now seen, choosing between a buzz cut and long hair does depend on several different factors.

What may be right for one man may be completely wrong for another.

While the buzz cut is a popular hairstyle for men and has been since at least the 1940s due to how simple it is to take care of, not everyone can pull it off.

But if you’ve got the face shape to carry it, there’s absolutely no harm in trying it out.

However, if you’d prefer the versatility and flexibility that long hair can bring, it may be a better option for you.

If you aren’t sure, asking your barber may be a good place to start.

They’ll be able to take into account your specific facial characteristics, as well as the texture of your hair, and give you their specialist opinion. 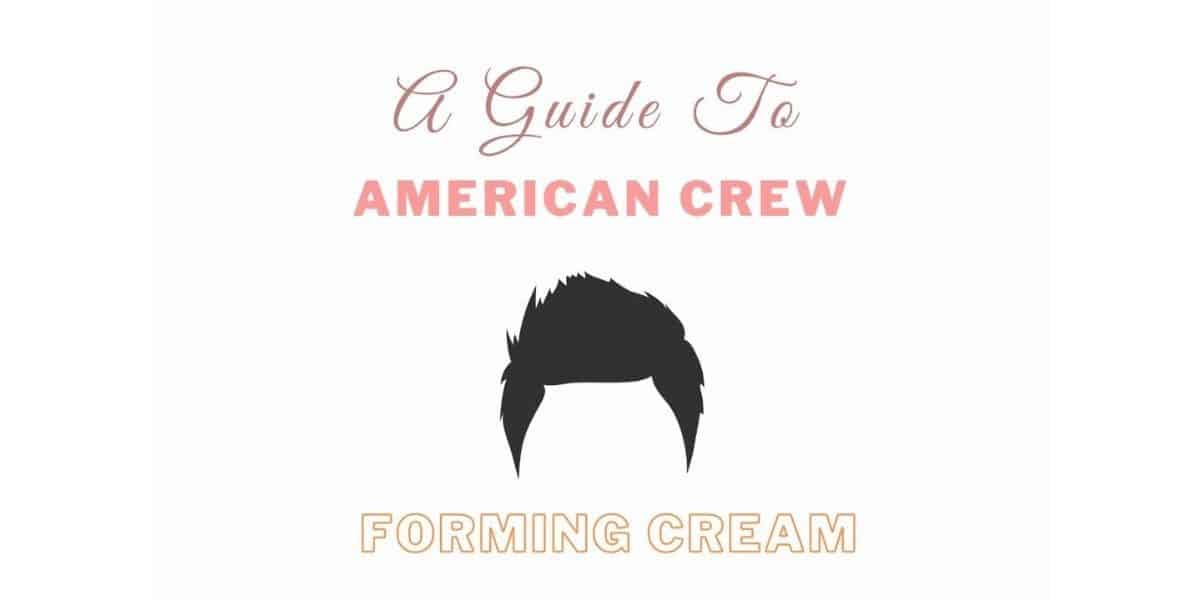 American Crew Forming Cream: A Guide And How To Use
← Read Last Post 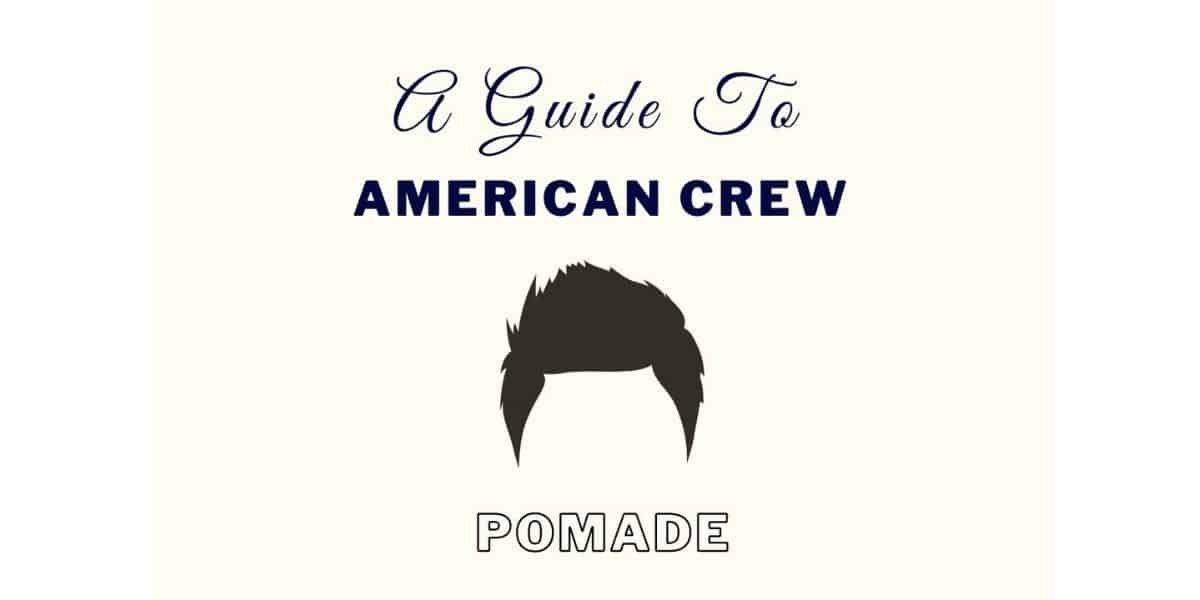 American Crew Pomade: Complete Guide And How To Use
Read Next Post →
Comments are closed.