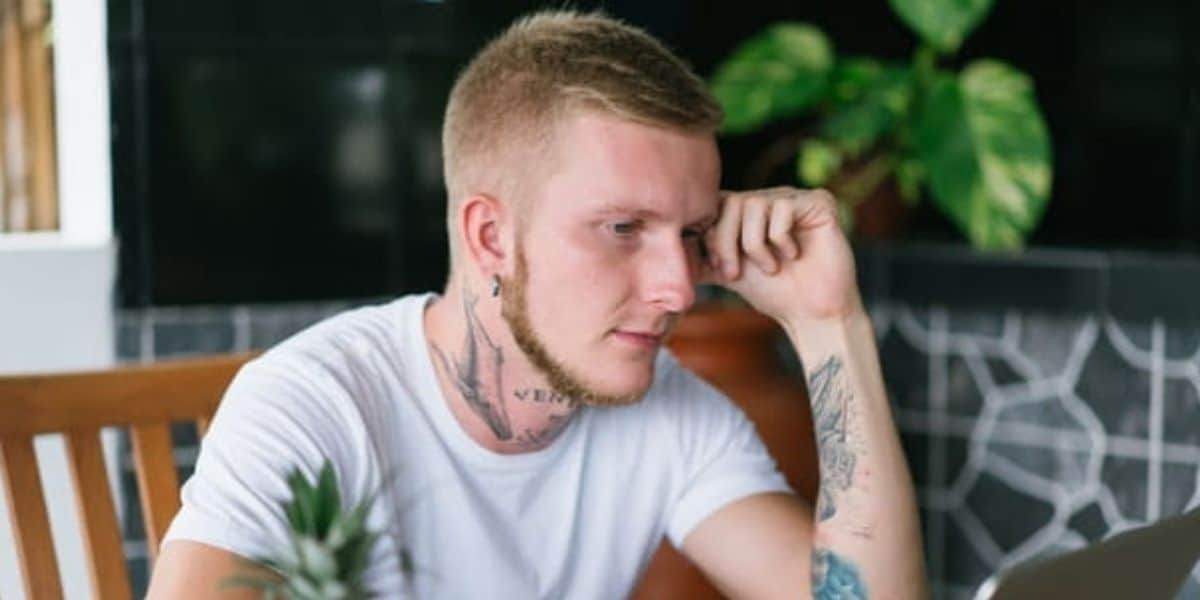 The beauty of this fade length is just how subtle and simple it can be, as well as the huge number of styles you could try it with. Here’s everything you need to know about Number 2 fades.

Having a basic knowledge of common terms used by barbers is the key to proper communication with them and to getting exactly what you want.

Knowing how 2 fades differ from other types of fades is an important first step. You’re about to learn exactly what it is, how long it is, and what you can do with it.

Afterward, I’ll clear up some frequently asked questions on the topic as well.

What Is A Number 2 Fade?

A number 2 fade, also known as a “2 fade”, is an effect where the shortest length at the sides and back is ¼ inch. It’s clipped down using the #2 clipper guard. The length then gradually increases from this number 2 length as you go up toward the top.

Fade effects are defined by this gradual transition from short hair to longer hair as you go up the sides and back.

The different lengths are usually seamlessly blended into one another to produce an impressive graded effect; this is what’s known as a “fade”.

2 fades, just like any other fade length, can be split into categories according to how high up the head the shortest length reaches before blending into longer lengths.

In other words, how high up the #2 length (¼ inch) reaches before it starts to fade into longer lengths as you go up the back and sides.

With a “low” 2 fade, the #2 length reaches around an inch above the top of the ear before gradually increasing in length.

With a “high” 2 fade, the #2 length goes all the way up to the temples (very near the top) before it blends into a longer length.

Finally, with a “mid” 2 fade, the #2 length transitions at a point midway between where you’d expect a low and a high fade to transition.

High 2 fades are the boldest, as the majority of the sides and back are trimmed down very short. There will most likely be a sharp contrast between sides/back and the top.

Low 2 fades are more subtle; perfect for men looking for the slimming effects and modern edge that a fade can bring without it being too in-your-face.

The 2 Fade: Long On Top Or Short On Top?

A 2 fade at the sides and back can be combined with any length of hair on top ranging from long to short.

You could have the hair on top buzzed down short, styled into a crew cut, an Ivy league, or a different style of buzz cut variation.

It could also be left long and styled into a man bun, top knot, pompadour, faux hawk, quiff, etc.

The options are endless. The point really is that it doesn’t matter what you do with the hair on top. Virtually any style can include a 2 fade at the sides and back.

Having long hair on top with a 2 fade is often more striking and attention-grabbing, simply due to the contrast in length between the sides and the top.

Short hair on top with a 2 fade can be very impressive but in a more subtle way.

Here are some great examples of what I mean. Long and short hairstyles combined with 2 fades in very effective ways.

A quiff with a 2 fade consists of the forelock (hair above the forehead) swept partially upward and backward, with the sides and back faded down to a #2.

Quiffs are great because they add a bit of height to the face; ideal for men with round faces.

Quiffs can be tall, short, side-swept, glossy, matte, etc. There are many, many different options. What they have in common is just how simple they are to style and maintain.

The 2 fade is a fantastic way to slim down the sides; this adds definition to the jawline and also draws even more attention to the quiff on top.

A 2 fade comb over consists of the hair on top swept in one direction, with the sides and back faded down to a #2 (¼ inch) at their shortest.

It’s an extremely popular choice; a bread-and-butter haircut that many modern barbers know how to produce very well.

These days a matte finish is more popular for combovers than shiny or wet finishes are. It just has such a sophisticated edge.

Here’s a great example of how long hair on top can be combined with a two fade. A top knot is a man bun variation that looks a lot like a high ponytail.

Instead of curling the hair into a “bun”, it’s left loose.

But notice how the 2 fade at the sides just gives the long hair on top even more prominence. It’s the sharp difference in length that makes the style look so bold.

It may not be for everyone, but if you’re looking to make a statement it’s definitely one to consider.

Pompadours are styles where the hair on top is swept upward and backward. It’s a traditionally full hairstyle that has a lot of volume. It’s also often known for a glossy finish.

Once again, it’s a great example of how a 2 fade at the sides can change the way you perceive the hair on top.

Fading the sides and back down short like this is a great way to make the pompadour look even bigger with even more volume.

A 2 fade taper is the most subtle 2 fade you can get. With this effect, only the first part of the neckline and sideburns are clipped down to a #2 before the length increases as you go upward.

Tapers are essentially the lowest fade you can get. Yes, even lower than a low fade.

It’s so subtle that you’d be forgiven for not even noticing it. But that’s the point.

It’s an effect that’s easy to miss but adds such a neat finish to any modern style. Instead of hard and harsh lines at the hairline at the sides and back, there’s a gentle 2 fade right at the edges.

Although you can get different lengths of tapers, the #2 works particularly well because it’s not as obvious as shorter guards such as a #0 or #1.

Due to the hair being longer with a 3 fade, it’s usually less noticeable than a 2 fade, simply because there’s less of a contrast in length between the bottom and the top.

Because of this, “3 fade” is a less commonly used term. It’s long enough to sometimes not even be called a proper fade and may just be a basic part of a simple “short back and sides” cut.

As you’d expect, blending the #2 into the #4 is a more sudden and sharp transition. The blend is less gradual and you’ll get more of a hard line in between the two lengths.

However, in order to prevent too harsh of a line, it is usually necessary to slightly blend into a #3 before quickly blending up into a #4.

Hopefully, everything you could possibly want to know about number 2 fades. What it looks like, how long it is, and exactly what you can do with it.

As you can see, you have so many options. That’s the beauty of it.

Experiment with it as much as you can. Enjoy.

Are Beards Professional? Everything You Need To Know
← Read Last Post 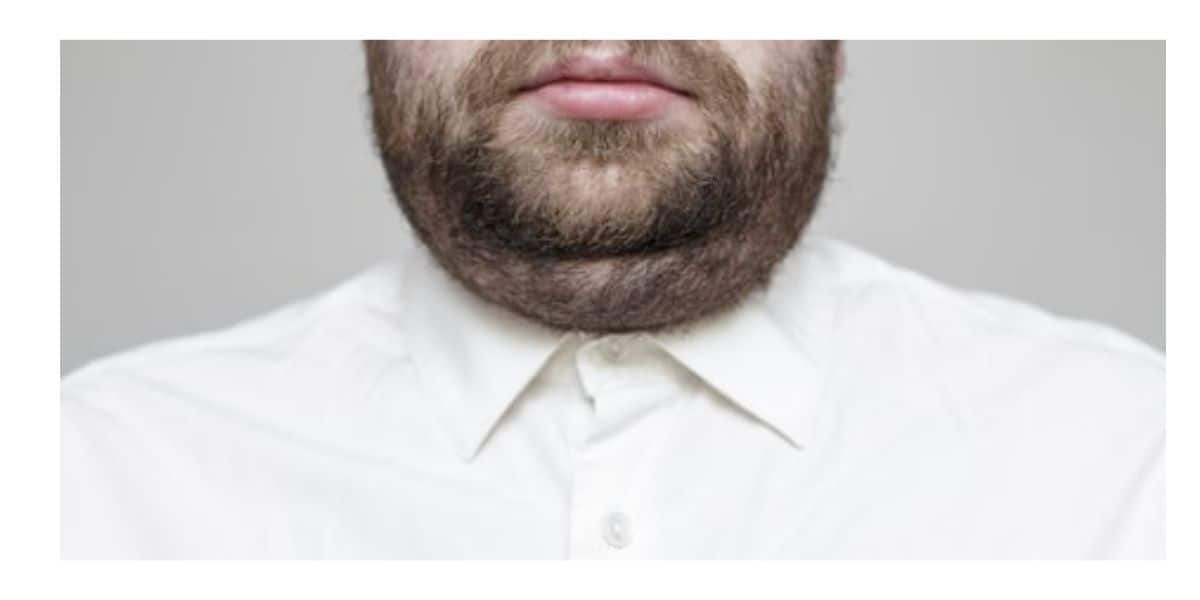 How To Trim A Beard Neckline (Double Chin Method)
Read Next Post →
Comments are closed.