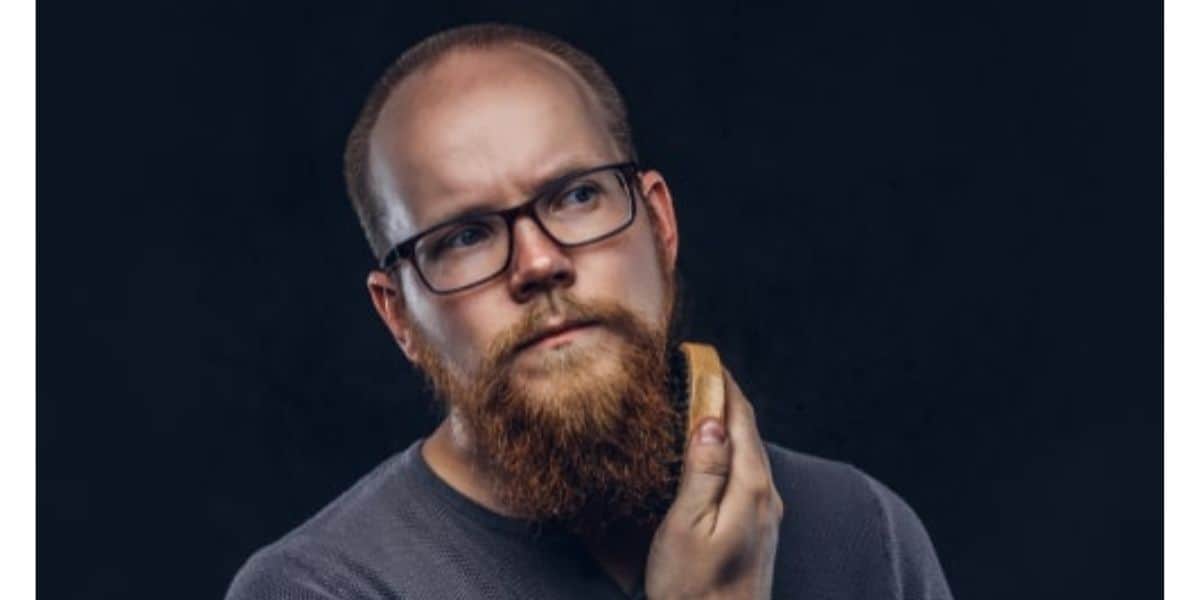 Men dream of growing a faultless beard right from the word go. But as they start to get some serious length, they’re often faced with this particularly frustrating problem. So, how exactly do you prevent beards from looking thinner as they grow longer?

Quickly adopting good beard grooming habits such as brushing, combing, and oiling will all help to prevent beards from looking thinner as they grow. But ultimately, patience is the most important factor, as this is often a problem that will sort itself out over time.

Easier said than done – I know.

Unfortunately, the path to great beardedness is paved with obstacles and a seemingly endless series of frustrations.

But having a good understanding of what to expect and why these problems happen in the first place is the best way to reduce their impact.

I just gave you the gist, but I wanted to delve deeper and teach you exactly how to overcome this.

You’ll hear of 8 separate ways to do this. But first, it’s important to find out why this problem happens in the first place.

Why Does A Beard Look Thinner As It Grows Longer?

My Favorite Men's Dye Of 2020
Simpler Hair And Beard Dye

-Safer and gentler premium ingredients. No PPD, ammonia, or parabens. 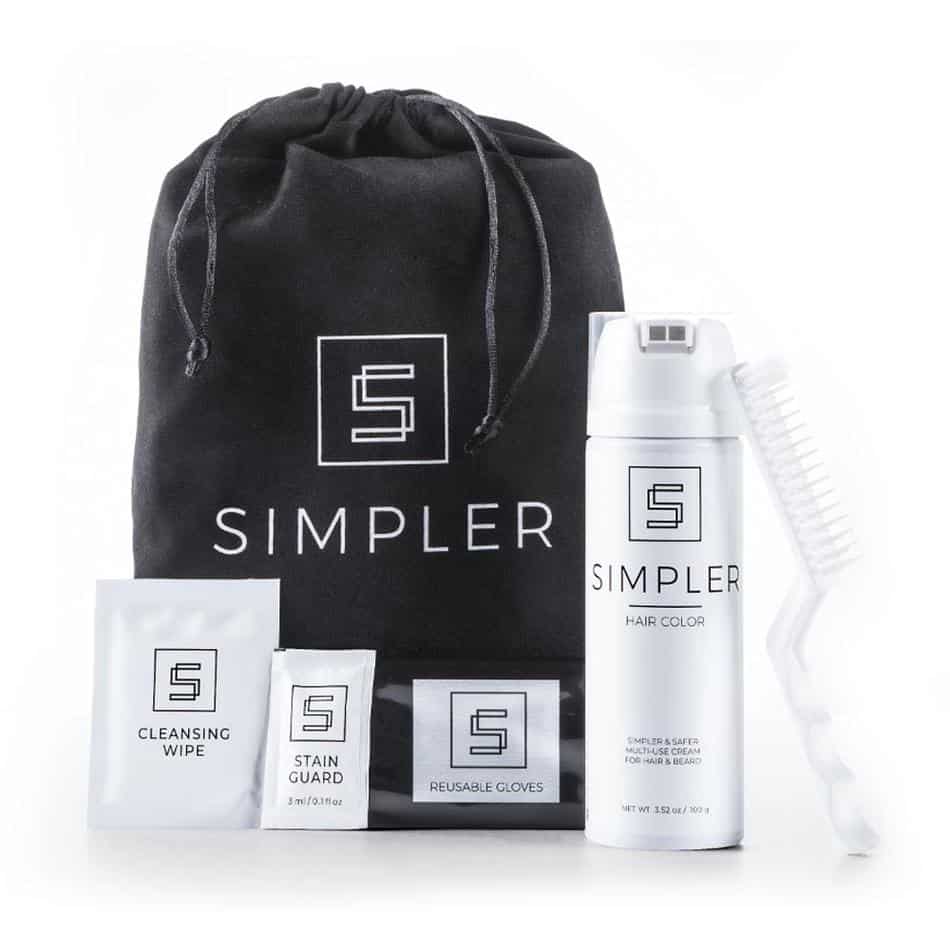 Beards look thinner as they grow longer due to variation in growth in different parts of the beard.

Hair will grow at different rates. Some strands will be longer while others will be shorter. This becomes more obvious as the beard grows longer.

Longer hairs will sit next to shorter hairs and this unevenness in length will make the beard look patchier and thinner than it may have looked when it was shorter.

At any point in time, a certain proportion of the beard hairs will be growing, while another proportion will be resting, and falling out.

As a beard grows longer, there are often times where there is a greater proportion in the “resting” and “falling out” phase than there is in the “growing” phase.

This also makes the beard look thinner as a result.

8 Ways To Stop Beards Looking Thinner As They Grow Longer

Based on the explanation above, you can probably imagine why there isn’t a huge amount that can be done to solve the problem.

It’s just a natural part of the beard growth process. Over time the beard will eventually equilibrate so that the majority of the hair is at its terminal length.

This will make it look thicker.

However, there are still things that can be done to make beards appear thicker as they grow longer, even in the most awkward of growth phases.

As soon as your beard is long enough to start benefiting from it, get to work. The benefits of brushing your beard

should never be underestimated.

Once you’ve got around 3 to 4 weeks of growth, running a boar bristle beard brush through it daily will do it the world of good.

It’ll train the beard to grow the way you want it to.

An important reason why beards just look scragglier and thinner as they grow is due to the direction in which they grow.

Beard hair is notorious for just growing in all sorts of directions. This makes it look thinner and less even.

Over time, brushing the beard will train and guide it to grow in your desired direction. This is usually downward and toward your chin.

Another way in which brushing the beard makes it look thicker is by re-distributing natural sebum oil that may be clogging up the bases of the beard hairs.

It prevents this sebum from clumping hairs together and making it look greasy or patchy.

Instead, it distributes it evenly across the beard from the roots to the tips, giving it a nice, healthy sheen instead of causing it to look thinner.

2. Start Combing From Around 8 Weeks

You may hear different opinions about when to start combing your beard, but the 8-week mark is usually a safe bet.

At this point, your beard is often long enough to start suffering from tangling, particularly within the deeper parts of your beard.

The long teeth of a beard comb are fantastic for detangling. Tangled beards often look thinner, simply because it causes clumps of hair to form and separate from each other.

Try and avoid synthetic, nylon beard combs, and pay a little more for a reasonable, anti-static beard comb. Pearwood and sandalwood ones are especially popular.

Combs are also great for styling, so would be a useful tool to buy if you want to keep stray hairs in place.

Strays are another common reason for beards looking thinner and untidier.

Don’t get me wrong – beard oil isn’t the solution to every bearded problem. But boy does it help with a lot of them.

Because it moisturizes and nourishes the beard hair and the underlying skin.

Much like natural sebum oil, it gives the beard hair a nice sheen without causing it to look too greasy.

This is assuming you don’t use too much beard oil

As your beard grows longer, you may start to wonder exactly when you should start using beard oil.

The answer is most likely sooner than you think. Using beard oil on heavy stubble

isn’t unheard of and actually does have its benefits.

It can and does make the beard look less thin as it grows longer. It’s a habit to get to grips with sooner rather than later.

With the endless number of beard grooming products out on the market these days, it can be easy to get carried away.

Don’t get tricked into thinking they’re all necessary for a happy beard.

Beard shampoo is one of those products which is useful but actually not essential.

. But overwashing with beard shampoo will simply dry the beard out.

As the beard grows longer, it can be tempting to do it. But avoid it.

Wash with beard shampoo once or twice a week at a maximum. Doing it more than this will risk drying the beard out which will – yes, make it look thinner.

The rest of the time, simply wash the beard with water only

. Unless you’re prone to a particularly greasy and oily beard, this is usually more than enough.

It’ll keep it clean, which is definitely important for preventing it from looking greasy and thin. But it’ll also avoid drying it out, which is just as important.

Giving it enough time to grow will often sort out most of the problems you face.

But as I explained earlier, variation in length is also a key reason behind why the beard looks thinner as it gets longer.

Because of this, trimming the beard now and again as you grow it out will keep it looking more even and thicker as a result.

It’s usually best to use beard scissors for this.

Using an electric trimmer may risk trimming too much at any given time. What you want is to remove beard hairs that stick out

They just give you so much more control.

Doing this will reduce the variation in length in different parts of your beard and will make it look a little more even and thicker as a result.

But don’t obsess over it. It’s near-enough impossible to have your beard be entirely even. It would probably look quite unnatural in any case.

But do get into the habit of snipping away at strays and split-ends now and again to keep it looking more impressive as it grows to your desired length.

It often has the subtle moisturizing properties of beard oil but isn’t as overbearing or heavy as beard wax can be.

At the same time, it has some hold. In other words, it’ll keep beard hairs in place, which is something that beard oil can’t do.

It may not have as strong of a hold as beard wax, but enough to get some basic grooming and styling needs dealt with.

It’s great for taming strays and flattening beard hair. Beard hairs will start to stick out and fall out of line as the beard grows longer.

Flattening them in your desired direction will make the beard look thicker as a whole.

At the risk of sounding like Captain Obvious, no two beards are the same.

It wouldn’t be wise to assume that one man’s bearded problems are the same as any others.

Yes, this article aims to solve one big problem that many bearded men face. But it’s no secret that different men will struggle with this problem in different ways.

Before I start to sound too cryptic, let me give you an example.

Patchy cheek hair is the source of a lot of bearded men’s problems.

Cheek hair is just notorious for often being thinner than the rest of the beard. You could have the mustache and chin beard of a Viking with the thinnest of the cheek hair.

This will often become more obvious as the beard grows longer. At shorter lengths, it probably won’t be as noticeable.

But as you start to get some length, the cheeks will quickly start to look thinner than the rest of the beard.

But it is possible to solve this problem (if you find that it’s a problem) by simply styling it out.

Adopt your beard style to account for the patchiness of the cheek hair. A common way of doing this would be to rock a goatee instead.

Goatees are defined by there being hair on the chin but none on the cheeks.

So, styling a goatee is a simple and stylish way to solve the problem of the cheeks looking thinner as the beard gets longer.

It isn’t the fanciest of solutions, but as you can imagine, it really does the trick.

To sum this point up, if a particular part of your beard is thinner than the rest, consider choosing a style that gets rid of that part of the beard altogether.

But I’d be foolish to end this article without honing in on the most important point of them all.

Giving the beard some more time will often solve the problem, at least to a certain extent.

Again, it isn’t the fanciest of solutions or even a “solution” at all. It’s simply the way that beards work.

It isn’t as simple as clicking your fingers and ending up with perfect, long, and luscious facial locks.

Beards grow through awkward phases of growth where the hair looks thicker, untidier, and patchier.

But as it grows longer, hair growth cycles equilibrate and the sheer weight of the beard itself will sort out many of the problems you face.

So, with that, I’ll wrap this one up.

8 simple ways to deal with this common but undeniably frustrating problem.

Hope you found that useful. Test stuff out and find out what works for you. Ultimately, most of the tips on this list are just good grooming habits to get into in any case.

Enjoy and have fun with it.

It’s a serious length. Once you get to this point, you’re really not messing around. When you get this far, there’s a good chance you probably know what you’re doing. Here’s what you need...

Continue Reading
link to Should You Comb Your Mustache Down Or To The Side?

So you have grown your mustache successfully - now how do you go about maintaining it? More specifically, should you comb your mustache downwards or to the side?  When the mustache...