Are Chinos Formal? Everything You Need To Know

For the majority of men, underdressing is generally more feared than overdressing. Ambiguous dress codes don’t make it any easier these days. It begs the question; are chinos formal?

Some chinos have features that make them look more “formal”, such as center creases, welted or jetted pockets, and a slimmer fit. Although this provides versatility, it still wouldn’t make them appropriate for truly formal dress codes.

The fantastic versatility of chino cloth does allow you to wear it in a huge range of settings and for a wide range of occasions.

But knowing when they’re appropriate to wear, as well as when they don’t quite make the cut is important.

I’m about to run through when you can wear them and when you shouldn’t.

Following this, I’ll talk you through what the real differences are between chinos and truly formal pants (dress pants) are.

But first, it’s important to get to grips with the fact that chinos themselves can look either more casual or more formal depending on what features they have.

It’s true that chinos will never be as formal as wool dress pants. They’d never be considered appropriate for anything more formal than smart-casual (a.k.a business-casual).

But chinos are still more formal than jeans, which makes them ideal when you’re looking to dress up just a little.

If you’re looking to wear chinos for a slightly smarter affair, for example, a semi-casual or smart-casual dress code, you may want to choose a more formal-looking pair.

Always bear this principle in mind:

Here are some examples of how to differentiate casual chinos from more formal-looking ones:

I’m going to leave out the obvious “casual” dress code. Chinos would, of course, be suitable for going to the movies with the family or heading to the grocery store.

Here are the other two dress codes where chinos would almost always be considered formal enough.

Don’t get me wrong – you won’t ever get an invitation to an event that says “semi-casual” in the same way you’d get one that says “smart-casual”.

It’s just a term for dressing casual but not too casual.

“Semi-casual” is one notch more formal than “casual”. Sure, you can wear T-shirts and sneakers. But you’ll be dressing it up a little.

Maybe a turtleneck sweater. Perhaps a nice sports coat to go over that T-shirt. Or maybe level up the T-shirt by going for a polo shirt instead.

Chinos are ideal for semi-casual attire because they lie in that sweet spot between casual and formal. They’re incredibly versatile and the number of potential settings and occasions you could wear them for is huge.

So, if you feel as though jeans are just a little too casual for that trendy rooftop bar, a pair of chinos will most likely work a treat.

“Smart-casual” is just another term for “business-casual”. Always think of the two as one and the same without overcomplicating it.

Smart-casual is an infuriatingly ambiguous dress code that can leave a man quivering with a mixture of frustration and desperation.

But what does it mean and are chinos formal enough for it?

They’re casual enough to still come across as laid-back and relaxed.

As I described in the section, go for a more “formal” pair of chinos to make sure this look really pops. Choose a pair with center creases, a slim-fit, and in a darker color if possible.

Dress Codes Where Chinos Are Not Formal Enough

You’ll notice that all we’re doing is getting more formal with the dress codes here. These are dress codes where you’ll want to leave your chinos on the shelf and reach for those wool dress pants instead.

There are probably a few other dress codes you’ve heard brandished around, but to keep things simple I’ll be talking about three big ones – business formal, cocktail attire, and black tie.

As though it wasn’t confusing enough, business-formal is also known as “business attire” or “boardroom attire”.

It’s essentially just professional clothing worn to more formal workplaces. Having said that, it would also be entirely appropriate for other formal settings such as funerals.

These are settings in which you’d be expected to wear a full 2-piece or 3-piece single-breasted suit. In other words, a matching jacket and pair of pants made from the same roll of fabric.

Chinos will not cut it – it simply isn’t formal enough. The texture of chino cloth is simply too rugged and casual.

Plus, you should never pair chino pants with a suit jacket. It’ll usually look immediately obvious, awkward, and inappropriate.

Usually, the smooth sheen of wool fabric is more appropriate for this formal dress code. You’ll most likely be wearing a dress shirt with a necktie as well.

A dark pair of Oxfords or at the very least Derby shoes will be necessary.

You’ll most likely come across this dress code in wedding invitations. It can often seem frustratingly ambiguous and unclear, so it’s important not to overcomplicate it.

Confusingly, it isn’t as casual as you might think when you hear the term “cocktail”. Once again, chinos will not be formal enough.

You could almost see it as wearing business-formal clothing for a different purpose (eg. weddings) and giving it a new name.

Sure, you may get a little more dressy with it. After all, it’s for a celebration as opposed to an interview.

You may add a few accessories (eg. a pocket square) and perhaps a lighter colored suit.

But simply put, you’ll still be wearing a full suit and chinos will always look too casual for the occasion.

This one is the most obvious, so I won’t go into too much detail.

Wearing chinos to a black tie event would be a horrendous crime indeed. Fortunately, there are few men who would dare to commit it.

Black tie is formal, but it can get more formal. Dress codes such as “morning dress” and “white tie” are more formal and as you’d expect, chinos are also out of the question.

The Difference Between Chinos And Formal Pants

The main difference between chinos and formal pants (i.e dress pants) is that dress pants are usually made from wool, while chinos are made from cotton twill.

The most formal wool commonly found in dress pants is worsted wool.

As explained earlier, there are features of chinos that would be considered more “formal”. But these aren’t always found.

But they would be expected in any pair of dress pants.

Center creases, welted or jetted pockets, and a lack of decorative stitching are considered normal in dress pants. Pleats will often be found as well.

Yes, you may find them in chinos. But it isn’t anywhere near as common.

Can You Wear Chinos With Formal Shirts?

Traditional dress shirts have formal features. They’re usually made from a woolen fabric, have a higher thread count, a noticeable sheen, and a plain, stiff collar.

When wearing chinos with formal dress shirts such as these, you’ll want to choose a more formal-looking pair.

Combining a smart-looking dress shirt with an old, regular, casual pair of chinos is going to be a mismatch.

Alternatively, you could go for an Oxford Cloth Button Down (OCBD) shirt. It’s an extremely popular shirt style made from Oxford cloth.

Technically still considered a dress shirt, the OCBD has less of a sheen to it than the traditional, true dress shirt and is characterized by its button-down collar.

This all gives it a much more casual appearance.

You could wear an OCBD with even regular, casual pairs of chinos with no trouble. It will still look appropriate and well-matched.

Can You Wear Chinos With Formal Shoes?

Chinos can be worn with a variety of different formal shoes (i.e dress shoes), with Oxfords, Derbys, Monkstraps, and Loafers being popular choices.

Broadly speaking, here are the four dress shoes ranked from most formal to least formal:

Oxfords and Derbys pair well with chinos in smart-casual outfits. Casual weddings and office parties would be example settings.

Monkstraps and loafers, on the other hand, pair well with chinos in semi-casual outfits. Again, think first dates or nights out.

There are certain features to look for in dress shoes that will always make them look more formal or less formal.

Take all of it into consideration when deciding exactly which formal shoe would work best with the specific chinos you want to wear them with.

Black, navy blue, and charcoal gray are ideal colors for formal pairs of chinos. The beauty of it is that these neutral, muted colors will combine and coordinate well with many other items in your wardrobe.

But if you’re looking to keep it formal and understated, try and stick to neutral colors throughout your outfit.

Chinos may not be appropriate to wear for every occasion. But the number of settings you can wear them in is pretty remarkable.

Because of this, every man should have an understanding of how to find the right pair of chinos for their specific circumstances.

Hopefully, this article has taken you one step closer. 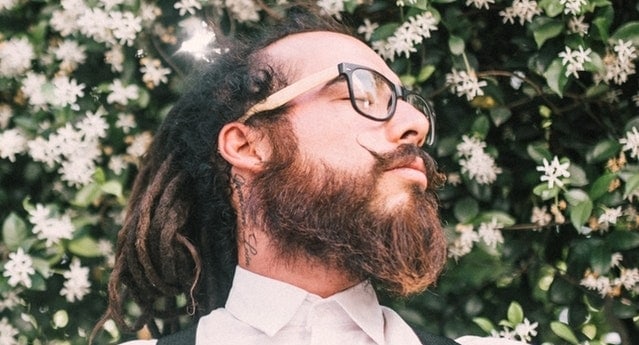 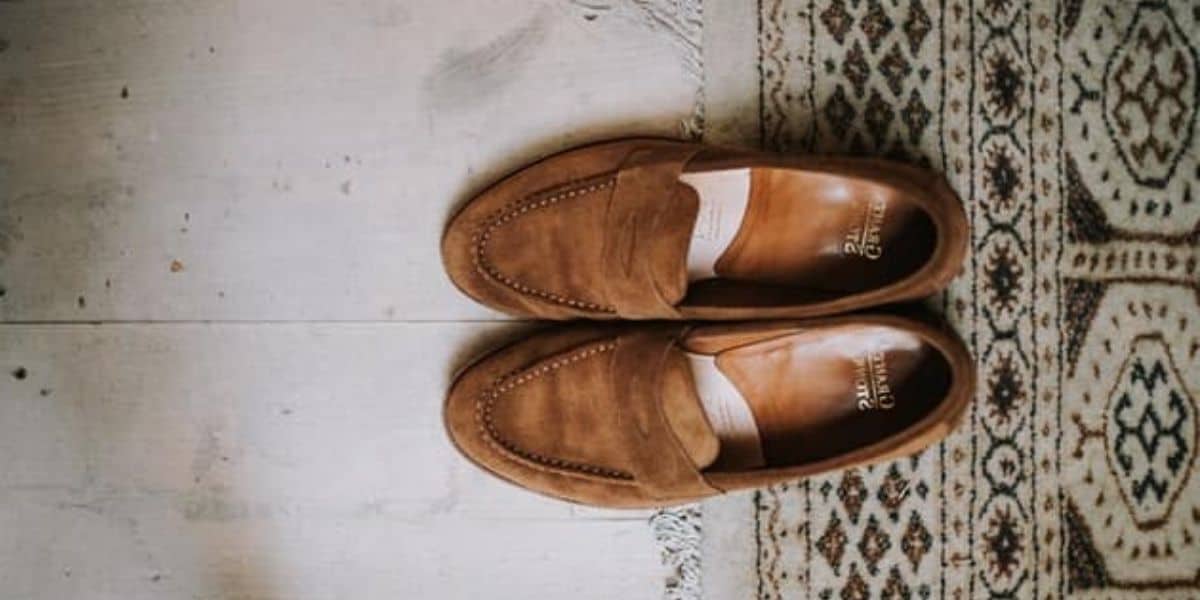 Wearing Loafers To Weddings: A Man’s Guide
Read Next Post →
Comments are closed.