The 7mm Beard: Everything You Could Ever Want To Know

Ah, the 7mm beard. It’s worth saying that I’m fully aware that it may seem unusual to write a whole article on what seems like a pretty obscure topic.

Why this beard length, you may ask?

Well, it’s a beard length that gets asked about more often than you may think. It’s technically considered a “short beard” as opposed to stubble, and subsequently gets treated as such.

The versatility of this beard length is matched by its subtle elegance, and because of this, I find it difficult to ignore.

I’m going to discuss pretty much everything you’d want to know about the 7mm beard length. This includes what it looks like, how long it takes to get, and factors to consider if you’re wondering if it’s for you.

All this, and more.

Also, if you’d like to find out my most recommended beard trimming and grooming products of the year, check this article out.

As always, estimating a man’s beard length, whether it’s your own or somebody else’s, can be tough.

There’s a good chance you’ve seen it time and time again, unknowingly. Heck, there’s even a chance you may be wearing the 7mm beard length right now, unknowingly.

But it would be foolish to assume that all the hairs of a beard are the same length. Of course, if freshly trimmed to 7mm, the vast majority of the hairs will be.

But at any point, there are hairs of varying length, thickness, and stages of growth.

So, on average, a beard where the average length of hair equals approximately 7mm looks like the one below.

To get a little more semantic, stubble is generally considered to be facial hair that’s less than 5mm in length. But to be a little more subjective, once you adopt the 7mm beard length, you’ll most likely notice that it doesn’t really feel like stubble.

It just feels a little more substantial – fuller, thicker, and softer than stubble.

But, to the outside observer, it can look pretty similar to the 5mm beard.

How Long Does It Take To Grow A 7mm Beard

It takes around 14 days. I generally use the magical 10-day mark to denote 5mm worth of growth. So 14 days for 7mm is a pretty safe bet.

Of course, every man’s rate of facial hair growth differs. Yours may take longer, or it may take shorter.

Besides, it’s highly likely that at this stage you’ll notice hairs of multiple different lengths within your beard. Some longer, and some shorter. It’s one of the reasons beard hair tends to stick out when not properly groomed.

But if you’re trimming down to 7mm, you’ll want to ensure you go beyond this length before you do so. So if you’re planning on doing this, grow it out for 18-20 days to be sure. That way you can be sure there’s enough hair to trim down from.

If you notice your trimmer just isn’t catching any hair at this length, give it a couple more days and try again.

Is There A Great 7mm Beard Trimmer Worth Recommending?

When it comes to beard lengths, it’s a pretty awkward one. Some of the best beard trimmers on the market today don’t come with a size guard for this length.

What you need is trimmer designed for stubble and short beards.

I love the Philips Norelco Oneblade QP652070 Pro. This is no secret. It’s simple, sleek, and comfortable to use. Lightweight, quiet, and a versatile dual-sided blade.

You can check it out on by clicking here.

It gives you very precise control within this short length range.

Is The 7mm Beard For You

Here are two factors you should consider before adopting this beard length. I’m going to follow it up with three of its awesome benefits, so don’t get put off just yet.

1. It isn’t as easy to style as you may think

As soon as I decided to venture beyond stubble, I looked forward to being able to experiment with more adventurous styles. I remember the Van Dyke being one of them, many years ago.

But I quickly realized I need a more substantial length than the shortest of beard lengths before I would stand a chance.

At this beard length, you’re still pretty restricted in terms of what styles you can choose from. Simple coverage, goatees, circles, etc.

But grow it out just a few millimeters to say the 10mm mark, and you’ll most likely find that there’s substantially more to work with and style. This is even though it’s just 3mm longer.

There’s a good chance that this isn’t an issue for you anyway and you’re perfectly content with the simplest of styles. I mean, when done properly, these can be the slickest and most stylish of them all.

2. It can look mighty untidy when not looked after

Another issue when you delve beyond the stubble range is that the beard can start to look pretty untidy when left to its own devices.

You’ll notice an increasing amount of hair sticking out and noticeably facing in different directions. There will also be a significant proportion of tiny little tangles you may not even notice.

You may not want to trim it just yet, and so there’ll be a period where this is left unchecked.

The simplest solution is to groom. Unfortunately, at this length, many men don’t feel it’s necessary to do this. This isn’t the case. A 7mm long beard is long enough to brush, to apply oil to, and to define the neckline for.

For more detailed tips on grooming the 7mm beard, check out the last section of this article.

Benefits Of The 7mm Beard

So you’ve considered these two important points, and you’re still as keen as ever. In which case, I want to talk about why it may be the perfect length for you.

I mentioned that it’s not too far from the border between “stubble range” and “short beard territory”. To be more exact, the 5mm mark generally marks this border.

Many men do notice that there’s a “sweet spot” shortly after they grow out of the stubble range where their beard looks less patchy and feels less itchy.

7mm is considered to be within this range. It’s long enough for the beard to look “full”, and for the slightly longer hairs to provide some coverage to the bare patches.

But once it gets just a few millimeters longer, it usually enters a pretty awkward phase of beard growth.

At around the 10mm mark, I often feel that it looks a little patchy again and also feels itchier. Not every man has the metal to withstand this and progress beyond this phase.

So 7mm is a pretty safe length, in that respect.

2. It feels softer than stubble

7mm is not so short that the edges of the hair feel sharp against the fingers or the skin of your loved ones. As hair increases in length, the edges tend to round off. This is why short stubble feels so sandpaper-esque.

It’s interesting just how much difference an extra few millimeters can make to the texture of facial hair. Grow it out even longer and you’ll probably notice that it feels even softer.

But there comes a point where unless you’re washing properly and grooming appropriately, even long hairs feel dry and coarse to the touch.

This is because you get an increase in split-ends and breakages, both of which can feel sharp to touch.

At 7mm, however, although grooming is still important, it usually still feels relatively soft regardless.

It’s no secret that longer beard lengths and certain beard styles aren’t considered “acceptable” in every context. As a beard lover and beard enthusiast, I would say that they should be. But I’d be kidding myself if I were to truly believe it.

The two examples I usually use are the military and corporate workplaces. Mutton chops probably wouldn’t be welcomed with open arms in either of those environments.

So if you were looking for a beard length that was long enough to be considered a “real beard”, but short enough to go by without drawing too much attention, this may be for you.

Grooming Tips For The 7mm Beard

Which one would you go for? I’ve mentioned the key differences already. But the main one is the fact that a 5mm beard is still considered stubble. Heavy stubble, to be more precise.

A 7mm beard is considered a short beard, and no longer qualifies for “stubble”.

A key advantage of a 7mm beard over a 5mm beard is the fact that it often looks less patchy and feels less itchy. However, the grooming requirements are more than those of a 5mm beard.

So there you have it. I couldn’t think of anything more a man would want to know about this small, specific, but important topic.

Hopefully, this article has given you a more comprehensive idea of what to expect with it. It’s simple, sleek and can be incredibly stylish, but may not be for everyone.

If you have any doubts, try it out and see for yourself. 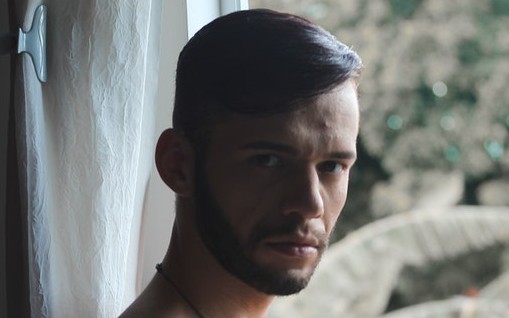 The 9mm Beard: All Your Questions Answered
Read Next Post →
Comments are closed.