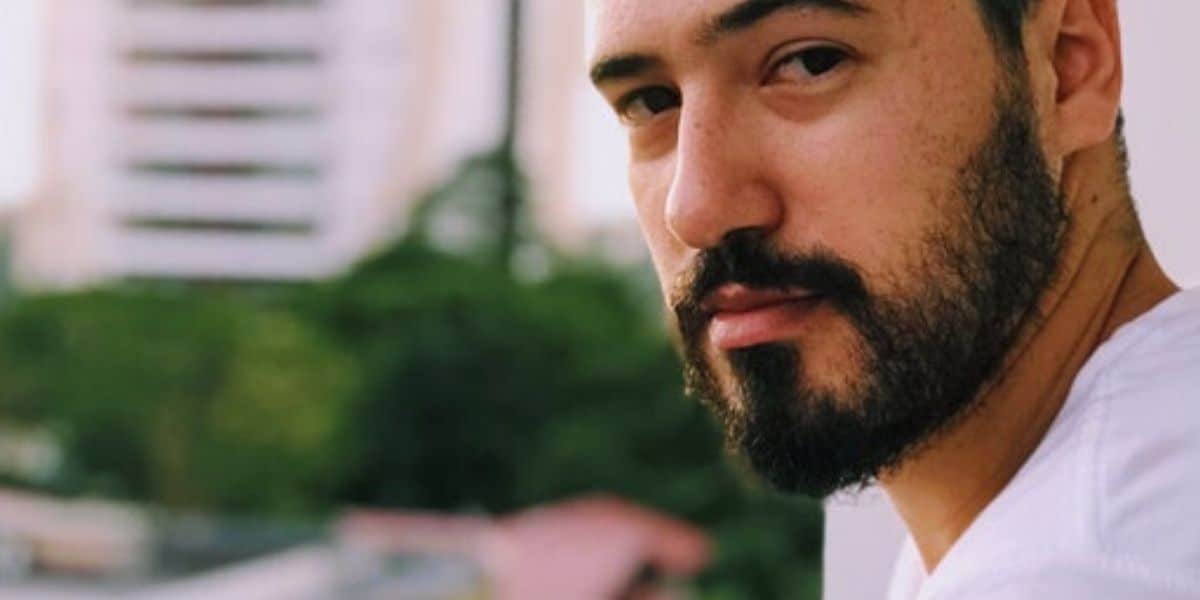 It’s a length that allows for a rugged, masculine edge while remaining short enough to maintain with ease. The 16mm beard is a “short beard” and comes with all of the benefits and precautions of one.

The length is versatile enough to suit most face shapes with a variety of different styles available to choose from.

It does warrant some additional grooming habits, however, including oiling and brushing regularly.

But overall, the length is great for men looking to dip their toes into beardedness without having to commit to wizard-esque lengths.

If you’re simply looking for a good 16mm beard trimmer, the Brio Beardscape would be an excellent choice.

It comes with a 15mm attachment guard, premium ceramic blades, impressive battery life, and more. I’ll be talking about it in more detail later, but if you’re interested, check it out on Amazon here.

Consider this the ultimate guide to the 16mm beard. You’ll first learn what it looks like, then how long you can expect it to take to grow this length.

Then, we’ll talk about the upsides, the downsides, and the most popular styles of this beard length.

Your excitement is palpable – let’s get this started.

As I mentioned, it’s well within the range of “short beard” territory. Of course, this is quite subjective. Some may call it “scruff”, while others may feel it borders on “medium beard” territory.

Ultimately, these are just labels. All you need to be able to do is recognize a beard that is around 16mm in length.

Funnily enough, it isn’t as long as you might have initially thought. 16mm is still short by almost anyone’s definition.

It does, however, give you enough length to really make a statement. There is no way you’d be confused for anything other than a bearded man.

This is important to many men who want to declare themselves as being part of the bearded community. It’s something you’d struggle to do as just a heavily stubbled man.

But the beauty of this length is that it is still short enough to remain sleek and sophisticated, particularly when properly groomed. For that reason, it’s able to draw upon the best of both worlds, so to speak.

How Long Does It Take To Grow A 16mm Beard?

Around six weeks. This is the approximate length of time it would take the average man to grow 16mm worth of facial hair starting from a clean-shaven face.

Rate of growth varies from one man to another, so of course, this is not an exact science. However, it’s a good rule-of-thumb for you to follow if you want to know what to expect.

Knowing approximately how long it takes does deter men from trimming off their beards prematurely out of frustration.

Stick with it. It does take time – six weeks is no joke. It does require some patience, but good things certainly do come to those who wait.

Important Considerations With This Length

If you’re thinking about growing a 16mm beard, bear these considerations in mind.

The issues are quite universal to short beards in general but worth listing out nonetheless.

In general, you should be brushing your beard after around 4 weeks’ worth of growth. Starting to brush early is an important predictive factor when it comes to beard success.

Once you get to 16mm, it should be considered mandatory. Running a boar bristle beard brush through it on a daily basis will benefit it in several different ways.

It’ll train the beard to grow in the direction you want it to. After crossing the threshold from “heavy stubble” into “short beard”, you’ll most likely notice your beard hair growing in all sorts of directions.

You’ll also notice beard hairs sticking out far more than they did a couple of weeks previously.

Boar bristles work their way through a short beard, straightening them, flattening them, and gradually training them to require less maintenance over time.

They’re also great for re-distributing natural sebum oil throughout the beard. This oil would otherwise tend to accumulate at the bases, causing the hairs to stick and clump together leading to a patchier appearance overall.

To summarize, at this length, a boar bristle beard brush could transform the way the beard looks. Neater, fuller, less patchy, with just the right amount of sebum. What’s not to love?

2. Beard shampoo may come in handy

16mm is quite substantial for a short beard. It’s quite easy for dirt, grime, oil, dead cells, fumes, smells, and so on, to accumulate in it over the course of the day.

This makes hygiene all the more important.

Whether or not beard shampoo is necessary is always up for debate. At the end of the day, for some men, it will be.

This is particularly true for men who are sweatier than average, as well as men who work around strong fumes and odors (like chefs and factory workers).

But you may be able to get away with simply washing your short beard with water only. This would save the beard from the sometimes overly drying effects of beard shampoo.

If you do use beard shampoo, try not to use it more than twice a week. Having said that, make a point to rinse that beard with water at least on a daily basis.

To summarize, a 16mm beard is long enough to warrant additional hygiene measures you may not have thought necessary a couple of weeks before.

Proper beard washing can make it look thicker, fuller, and of course, cleaner. Just be careful not to overdo it.

3. It can be quite a patchy length

This is true of most short beards within a few millimeters either side of this length. Unfortunately, it’s a length at which a lot of men tend to give up on their beard.

Of course, this isn’t true of most people. But it’s certainly a concern that can’t be ignored.

There is a certain length range in a man’s early bearded journey where the beard can often look quite patchy.

It’s commonly referred to as the “awkward phase” – a period during which men have a tendency to graciously bow out of beardedness.

Unfortunately, 16mm can often fall within this range.

Frustrated with their lack of progress and their beard not filling in as effectively as they would like it to, they reach despondently for their trimmer.

This isn’t intended to put anyone off because it isn’t necessarily going to be true for everyone.

It’s just something to bear in mind.

If you do notice some patchiness at this length, you do have a few options. You could try to improve it by regularly brushing it and also by practicing good beard hygiene.

You could also try to work around it by trying out different styles. Certain areas will definitely be patchier than others – why not try a style which completely removes the thin areas and accentuates the thick areas?

Or, you could simply grow the beard a little longer. Patchiness has a tendency to fill itself out over time.

As the beard gets longer, the bare patches should become less obvious and easier to hide with surrounding hairs.

In summary, this beard length may be difficult for some due to sporadic growth. Just know that you always have options.

If you’ve read any of my other length guides, this probably won’t come as much of a surprise.

The Brio Beardscape works exceptionally well within this length range. It doesn’t quite come with a 16mm attachment guard, but does come with a 15mm one.

Its main talking points would be the premium ceramic blades, as well as the powerful, yet exceptionally quiet motor. The LCD screen is a treat to use and gives it a very modern touch.

It’s important to bear in mind that the Beardscape isn’t waterproof – this may be an issue for some. But overall, the trimmer packs an abundance of fairly premium features for quite an affordable price.

If you’re interested, you can check it out on Amazon here.

3 Styles You Can Achieve With 16mm Of Length

Here are a few classic styles you could quite comfortably achieve with just 16mm of beard length.

This beauty is a disconnected extended goatee style where the chin beard tails back across part of the jawline to create both arms of the “anchor”.

The soul patch blends into the chin beard to create its handle.

As with all goatee styles there is no hair or very little hair on the cheeks.

It’s great for men looking to accentuate their chin and elongate the face. The style does require regular maintenance, however. This is mainly due to the detailed trimming and edging work required to achieve the shape.

No short beard style list would be complete without this one. It’s a classic – hair on the chin, cheeks, and mustache. The borders are well-defined, with a neat neckline and a sharp cheek line.

It’s incredibly versatile and easy to maintain. The conservative style is often chosen by men looking to trial a short beard after having grown bored of heavy stubble.

A well-groomed and regularly brushed short boxed beard is a pretty surefire way to impress.

3. The Goatee With Chinstrap

This is a hybrid style consisting of a Full Goatee encircling the mouth, as well as a chinstrap following the entire length of the jawline on both sides.

Again, as with any goatee style, there is no hair on the cheeks.

The style works very well because it adds a degree of interest and intrigue to an otherwise commonplace goatee.

The chinstrap is an excellent way to accentuate the jawline, but can look quite immature as a style on its own.

Combining the contouring benefits of the chinstrap with the integrity and universal acceptance of the goatee has become increasingly popular.

It’s definitely a style worth trying if you’re looking for a fairly low-maintenance, yet unique style to switch to.

Hopefully, you can now see why this length is so versatile. It’s substantial enough to have some real fun with.

Ultimately, that’s the main objective with beard grooming – to have fun.

If you’re on the fence, test the length out and see for yourself. You may be very pleasantly surprised by what a glorious match it is for your face. 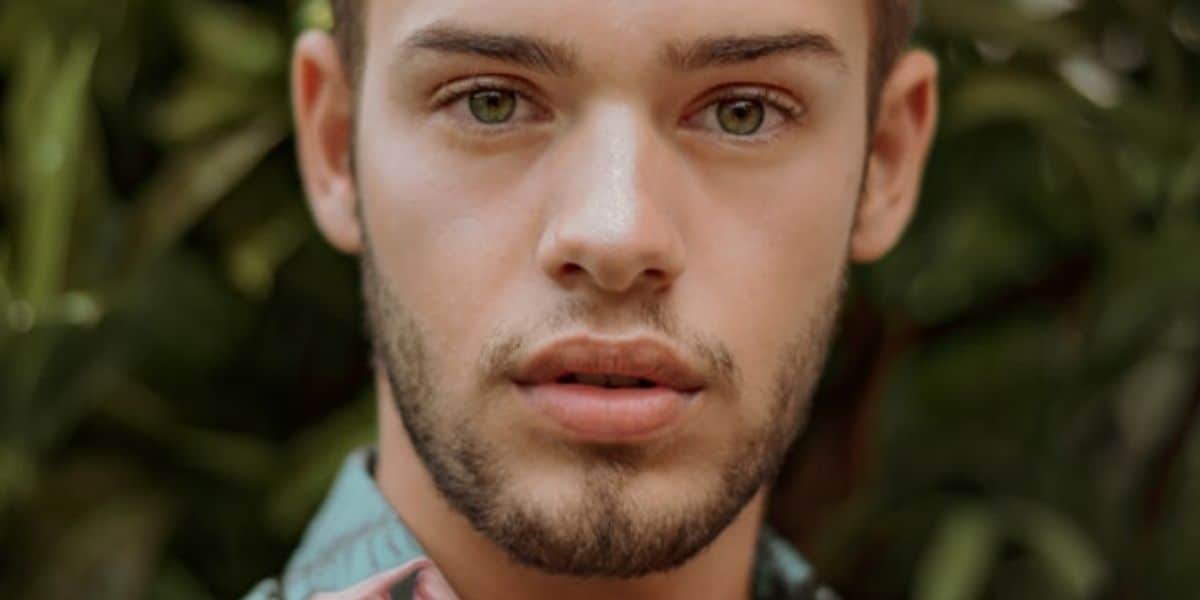 The 4mm Beard: Exactly What You Need To Know
← Read Last Post 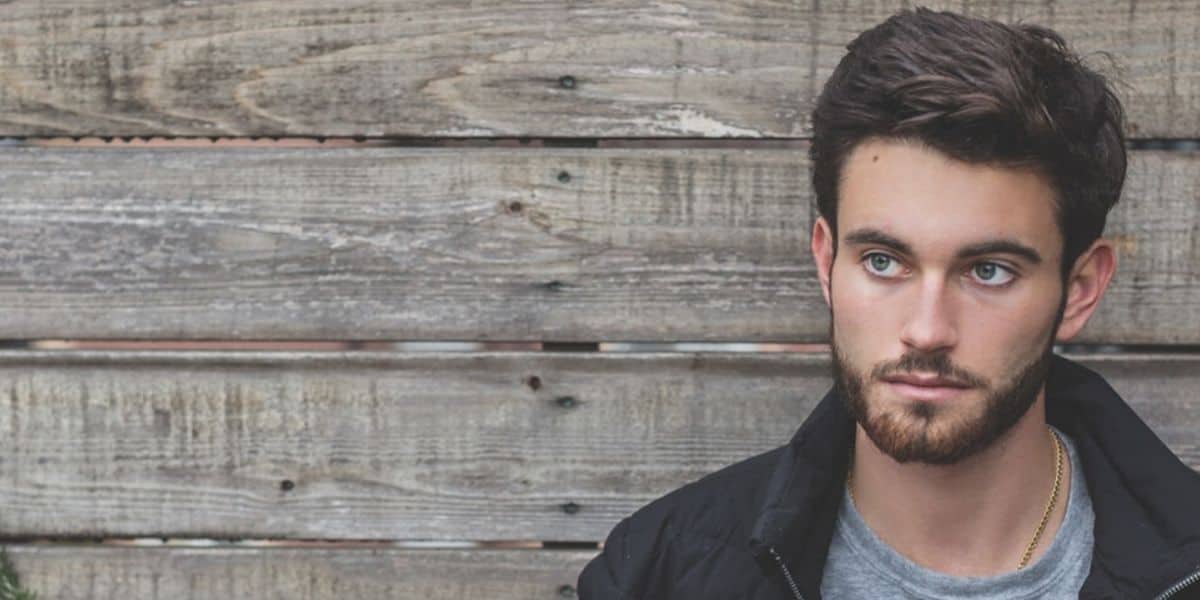