How Often Should You Shave Your Head? 5 Crucial Factors

Dome shaving is an art more than it’s a science. Sure, proper technique is important. But personal preference and circumstance plays a large role in determining how you do things. Having said that, how often should you shave your head?

On average, every two days. This strikes a good balance between being able to maintain a persistently smooth look while being conscious of time constraints during your average week.

But there are factors that need to be considered before deciding for yourself how often you’ll need to shave. As with most aspects of men’s grooming, there isn’t a “one size fits all” answer to the question.

You may well want to shave a little more often or a little less often than this often quoted average figure of every 2 days.

In this article I’ll be discussing what questions you’ll need to ask yourself when deciding on a shaving frequency.

How Often Should You Shave Your Head: 5 Factors To Consider

Consider this an algorithm designed to guide you toward making your decision. Ask yourself each of these questions, one by one.

Bald men can be broadly categorized into those who crave ultra-smooth and those who don’t.

Admirably, some men simply can’t live without a perfect, BBS feel and look all the time. If you feel I’m referring to you, there’s a good chance that shaving every two days may not meet your lofty standards.

Any form of dome stubble may be unacceptable to you. In which case, a daily shave may be wise and the best way to achieve your desired outcome.

In contrast, there are other men who don’t mind letting things slip for a few days before shaving down again. They don’t mind a bit of scalp fuzz now and again. Their definition of “acceptably smooth” is slightly looser.

As you become more familiar with the process of shaving your head you’ll start to get a feel for what’s acceptable to you and what isn’t.

2. How much time do you have to spare?

Head shaving is time-consuming – there are no two ways about it. The scalp is a large surface area to cover. Plus, it’s pretty difficult to visualize a significant proportion of it which adds to the time required to do the job properly.

It may sound obvious, but if you’ve got a busy work schedule, you may well find it hard to dedicate that much time to dome polishing.

You may have to settle for shaving down every 3-4 days instead and accept that you may have to tolerate a bit of stubble and fuzz for a couple of days.

The device you use also plays a role in determining how much time you’ll need. I’ll be talking about this in more detail later, but I’ll mention it here as well.

Shaving with a straight razor is the most time-consuming method, whereas a cartridge razor is fairly quick and straightforward. Safety razor shaving falls somewhere in between the two.

A cartridge razor is quicker because you don’t have to be as cautious about avoiding nicks and cuts. That’s not to say that you shouldn’t still be careful and take your time.

It’s just that straight razor shaving can be more technically demanding. You’ll need the right angles, the right amount of lather, and you’ll need to navigate some troublesome areas such as behind the ears and the back of the head.

So, if you’re strapped for time but still want to shave at least every other day, consider a cartridge razor to save you some time. An electric shaver is also a pretty efficient option.

3. How sensitive is your skin?

Shaving the head can be irritating to the scalp skin. Some men suffer more than others and so the sensitivity of your skin may determine how often you choose to shave.

Cutting strands of hair so close to the skin (shaving) is bound to cause at least some minor soreness. That’s why it’s so important to be gentle with freshly-shaven scalp skin, particularly in the first 24 hours.

You may find that shaving every two days is too irritating to your scalp. The simplest and most comfortable solution would be to slow your shaving frequency down a bit.

You’ll have to sacrifice that ultra-smooth look for the sake of your skin, but it’s probably for the best.

ProTip: Try topping up in between shaves by trimming down with a clipper (no guard) when necessary. Trimming is generally less irritating to the skin than shaving, as you aren’t cutting quite as close.

Once again, the device you use plays a role in how much irritation you may cause. Contrary to popular belief, shaving the head with a disposable cartridge razor will cause more irritation than doing so with a safety razor or straight razor.

For men with sensitive skin, I would actually advise against using multi-blade cartridge razors. With a single stroke, you’ll essentially be shaving the same area of skin multiple times. The number of times depends on how many blades the cartridge actually has. As you’d expect, this causes soreness and irritation.

Compare this with a safety or straight razor – a single stroke cuts once and won’t usually need going over again. There’s also generally less tugging and pulling when done correctly.

4. How fast does your hair grow?

Again, I hate to sound like Captain Obvious here, but this is an important question to ask yourself.

You’ll generally figure this out pretty quickly after your first couple of head shaves. It’s true that the rate of hair growth can differ widely among men.

Some men could quite comfortably go 4 days with minimal regrowth after a shave, whereas others may already have what’s traditionally known as “10-day stubble” by that point.

In general, it’s quite safe to presume that the rate of stubble growth on your scalp is the same as that of your face.

So, if you find yourself having to shave your face every day to maintain the smoothness you want, you’ll probably have to shave your head at the same frequency.

If you’re rocking the “bald and bearded” look, however, you won’t be able to use this as a useful rule-of-thumb.

It won’t be hard to figure out.. You’ll easily be able to gauge how quickly your hair grows after your first couple of shaves.

5. What device are you using?

I’ve already talked about the importance of taking the shaving device into account. It’ll determine how time-consuming the process of head shaving will be, as well as how irritated your skin is likely to become.

But it also plays a role in how close you’ll be able to shave.

It’s pretty obvious, but the closer you go with each shave, the longer the smoothness will last. So, the closer you shave the less frequently you’ll have to shave.

A straight razor will allow you to shave extremely close when done correctly. The proper technique is crucial. So, although each shave may take you longer, the results will be longer-lasting and so you may find that you’ll have to shave less often.

A safety razor will also get you a mighty close shave as well. It’s a great compromise between getting a close shave and not having to spend as much time during each shave.

A cartridge razor shave may be quick and efficient, but the results will always typically be adequate and never fantastic. I’m not a huge cartridge razor fan, but I appreciate their value considering how easy they are to use.

In general, you’ll never be able to get as close of a shave with a cartridge razor when compared with a safety razor or straight razor.

You’ll therefore find yourself having to shave more frequently as a result.

In general, shaving your head every two days will serve most people very well indeed. But asking yourself the questions above will help guide you in determining whether you may need to shave a little more frequently or a little less frequently.

How Often Should I Shave My Head With Clippers?

This really depends on how strictly you want to maintain your desired length. It’s important to differentiate between shaving and trimming when answering this question.

Although buzzing down very short with clippers is often incorrectly called “shaving”, it should really be called trimming. You aren’t cutting down to the level of the skin, even when trimming without a clipper guard.

The benefits of using clippers instead of a razor for polishing off the scalp include the fact that it’s quicker and less irritating to the skin.

If you’re willing to let it grow out a bit now and again, you’ll need to trim down less frequently.

One benefit that trimming with clippers has over shaving with a razor is that small increases in hair length are less obvious.

When shaving your head, even very short stubble sprouting can be visible and lead you to want to shave again sooner.

But when trimming the hair down to a very short buzz cut, these little increases in length are less noticeable. So, you may not feel the need to trim down again so soon.

Although shaving your head every two days will most likely be absolutely fine for your specific needs, there are independent variables that need to be taken into account. These may determine whether you shave more or less often.

Shaving the head can be time-consuming, but that doesn’t mean it shouldn’t be something you look forward to doing. It can be an incredibly liberating and zen-like experience.

If it isn’t something you look forward to, you’re most likely not doing it properly. Experiment with different devices and focus on improving your technique.

The better you are at the procedure, interestingly, the less frequently you’ll have to do it and the more you’ll look forward to doing it. 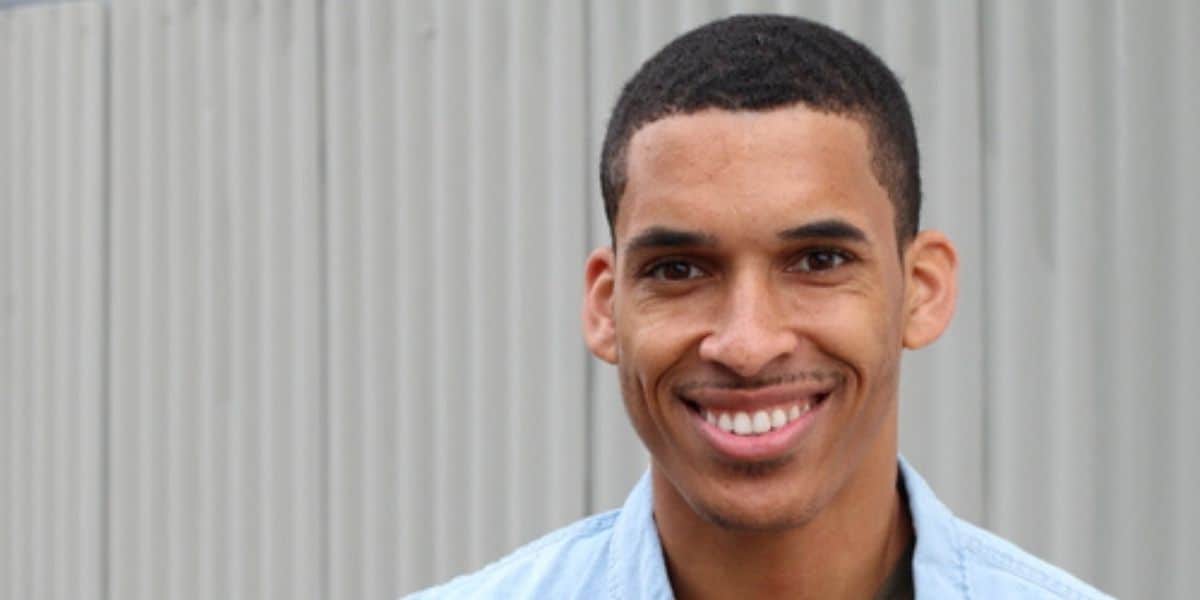 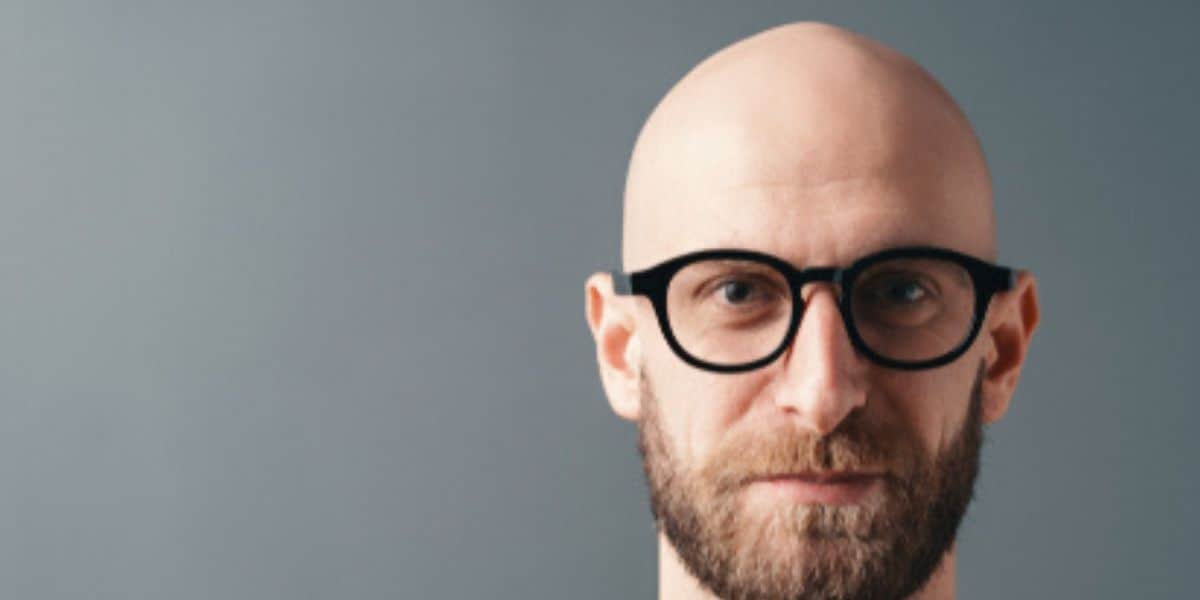 The Shaved Head With Glasses Look: A Complete Guide
Read Next Post →
Comments are closed.