Why Brushing Your Beard With A Toothbrush Is Destroying It

Beard brushing. You’ve heard of its benefits and want to know whether any tool will do. Unfortunately, some beard “grooming” habits do more harm than good. So, should you ever consider brushing your beard with a toothbrush?

Brushing a beard with a toothbrush can be harmful in more than one way. The nylon bristles themselves are capable of damaging the integrity of the beard hair shafts. Also, the static they produce usually causes an unacceptable amount of frizz. The disadvantages are similar to those of a synthetic nylon beard brush.

Ultimately, although it may seem like a cheaper and more practical option, it isn’t worth it.

As always, the only brush you should ever consider running through your beard is a good-quality boar bristle beard brush. They’re relatively inexpensive and a worthwhile investment.

If you’re still on the fence, toothbrush in hand and ready to have at it, please read on. I’m about to lay it out for you so hard you’ll never even want to dream of it.

4 Reasons You Should Never Brush Your Beard With A Toothbrush

I’ve given you the skinny. Now let’s dive deep into the full-fat.

1. The static will frizz up your beard

The nylon bristles of a toothbrush generate increased friction as they try to work their way through a beard. But this isn’t all. They also have a habit of generating and holding on to static charge.

This leaves a bunch of positively charged strands of hair within your beard, all repelling each other and literally standing on end.

Although this is more of a problem with finer hair as opposed to the relatively coarse androgenic beard hair, it still leads to unnecessary frizz.

Brushing your beard is a fantastic idea with many benefits, and as always, I recommend starting to do it early

But by using a toothbrush you’ll be denying yourself one of the main benefits – neater, flatter, and straighter beard hair.

Instead, you’ll be frizzing it up, potentially making it more untidy than it otherwise would be.

Boar bristle beard brushes are much less likely to produce static. In fact, many of them market themselves as being specifically anti-static. It does make a difference.

2. The nylon will damage the hair

The force of synthetic nylon against beard hair can be unhealthy. Unfortunately, it doesn’t exactly glide effortlessly through it.

Using any sort of synthetic material to groom a beard can cause friction, and friction causes problems.

But this isn’t all. The synthetic material is harsh enough to cause direct harm to the hair shafts as well.

So, although brushing your beard with a toothbrush may seem like a quick and practical way of “neatening it up”, you’d be better off not using anything.

Over time, it will start looking more and more untidy, weak, brittle, and unhealthy.

The split-ends and broken hair will cause itching and will be coarser and rougher against your skin and the skin of your partner.

3. Your skin will hate you for it

It isn’t always easy to brush a beard and spare the underlying skin. Chances are, those bristles will be rubbing up against it now and again.

This is one of the benefits of beard brushing. Re-distributing the natural sebum that lies at the bases of the hair shafts across the beard and from root to tip can work wonders.

It’s also an effective way of exfoliating dirt, oil, and dead skin cells from the top layer of skin.

But there’s a catch; nylon is far less effective than boar hair for both of these purposes.

It’s ineffective at re-distributing sebum and when it comes to exfoliating it once again does more harm than good.

Synthetic nylon bristles cause undue friction and discomfort as they rub up against the skin. It causes excessive dryness as it actively robs natural sebum as opposed to distributing it, and also causes irritation and soreness.

Skincare is an essential component of beard grooming. You could have the fullest, thickest, healthiest beard completely ruined by irritated and dry underlying skin.

Consider this an elongated full stop in my rant against brushing beards with toothbrushes.

The beauty of beard brushing is that it’s a quick and simple way to “professionalize” your beard grooming. Not every man does it, but every man should.

Simply running a boar bristle beard brush through your beard will neaten it, straighten it, moisturize it with sebum, and more.

Synthetic nylon cannot do any of this effectively. It begs the question, why use it at all?

If a man is reluctant to purchase or use a boar bristle beard brush, I’d strongly recommend not brushing the beard at all. It may end up looking mighty untidy, but overall it will end up healthier than if you were to use nylon.

This is the case whether you use a toothbrush or one of the many cheap synthetic nylon “beard brushes” available on the market today.

Are All Toothbrushes Equally Bad For Brushing A Beard?

Most commercially-available, mass-produced toothbrushes are constructed from plastic handles and nylon bristles.

So for the most part, yes, they are. Nylon has no place in your beard grooming routine.

But very rarely you will come across a toothbrush with boar hair bristles. Although this is certainly a better option for your beard, they’re generally considered less hygienic for brushing your teeth. They tend to retain bacteria.

So this would mean you’d have to purchase an additional toothbrush with nylon bristles for brushing your teeth.

You can hopefully see the flaw in logic here. If you have to buy an additional toothbrush to meet your beard grooming requirements, you might as well buy a boar bristle beard brush instead.

This leads me nicely on to the next section.

Why A Boar Bristle Beard Brush Is All You Need

Boar hair is surprisingly similar in consistency to human hair. This is one of its main advantages.

It’s able to glide effortlessly through your beard, causing minimal friction and damage along the way. It minimizes breakages, split-ends and hair loss.

Boar hair is also phenomenal at gently coaxing beard hair to grow in the direction you want it to. This “beard training” is something that should be started at the earliest opportunity.

The sooner you start, the better.

As I mentioned above, boar hair is also phenomenal at re-distributing natural sebum. Natural sebum is an oil produced by the sebaceous glands of our skin.

In excess, it can cause a greasy, oily appearance to the hair. But when distributed appropriately and in small amounts, it can produce a gentle shine and a well-moisturized look.

As a result, it looks fuller and healthier.

The last benefit I want to mention is its ability to gently exfoliate the skin, dislodging dirt and dead skin cells.

Removing this layer of gunk is very cleansing, and also means there is less friction when you try to comb against it, trim against it, and so on.

To summarize, boar hair is phenomenal at gently neatening and training the beard hair. It’s also fantastic at re-distributing natural sebum and moisturizing the beard and underlying skin. Its gentle exfoliating properties are also often forgotten.

So why do some men choose to brush their beard with a nylon beard brush, or even worse – a toothbrush?

Well, the main reason is that it’s cheaper. But not that much cheaper. You can get a good boar bristle beard brush for a very reasonable price.

If you were going to try and save money, a beard brush shouldn’t be where you do it.

A pretty valid reason is the fact that boar hair isn’t exactly vegan. This is a difficult problem to get around, as ultimately there isn’t anything that would or could ever make boar hair vegan.

Unfortunately, if this is relevant to you, you may be forced to use a synthetic beard brush.

Just be sure to do your research and choose one which prioritizes texture and quality over cost.

I hope my seething hatred for brushing a beard with a toothbrush was apparent right from the start. The thought of it sends multiple shivers down my spine and legs.

Hopefully, you can now see why. It’s damaging to the integrity of the beard hair and the underlying skin, it causes static and unnecessary frizz, and it’s also just downright ineffective.

As is often the case, what may seem like the easiest and most practical option is likely to be the most damaging.

Get yourself a good boar bristle beard brush and you’ll most likely notice the improvement immediately. But know that the main benefits are long term.

Beard grooming is a long term game, after all.

You will reap the benefits from the small, incremental steps you take to nurture your beard now for many months to come. 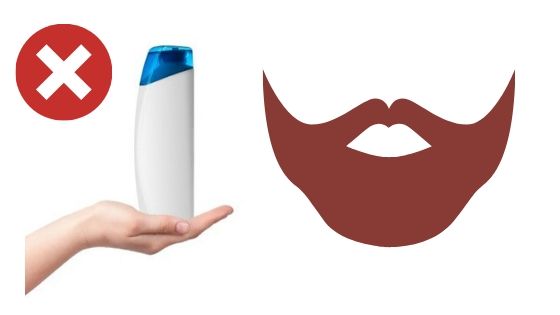 How To Remove Beard Dye From Skin - Damage Control
Read Next Post →
Comments are closed.