Man Bun Vs Ponytail: Differences And How To Choose 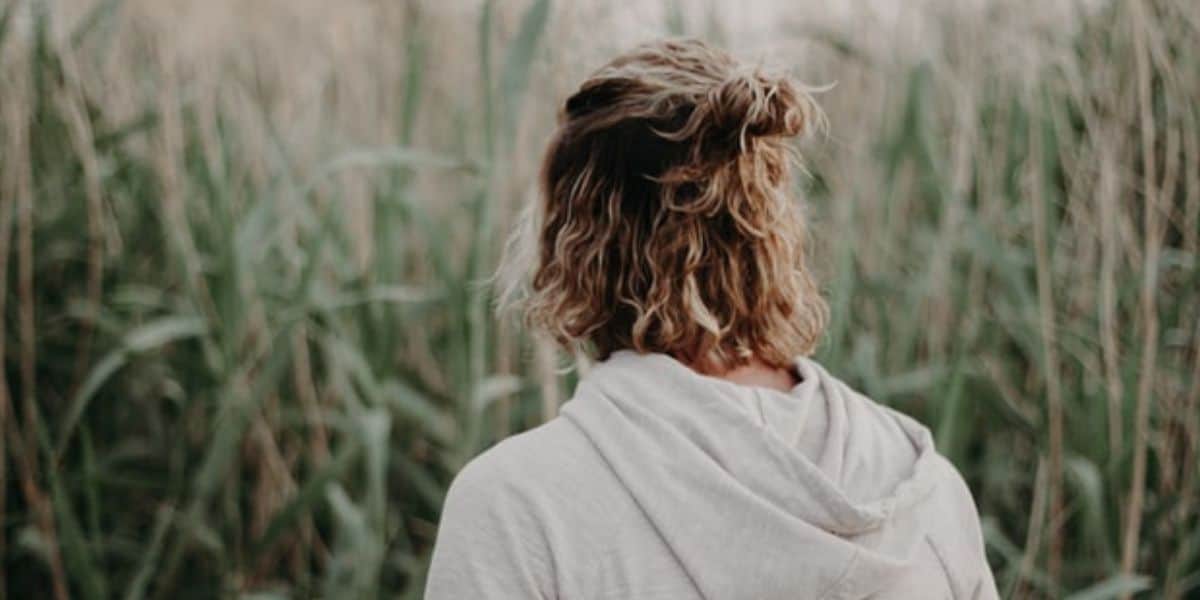 Having long hair does come with its benefits, one of which being its versatility. There is an endless number of styles you can try out, but the differences can be very subtle. So, what’s the difference between a man bun and a ponytail?

Both styles involve pulling the hair back from the face and tying it at the back. But with a man bun, the hair is tied into a tight coil, while with a ponytail it’s tied and allowed to hang freely.

That’s the answer in a nutshell, but as you’d expect, there’s more to it.

You may be torn between choosing between these two styles.

Perhaps you’ve started a new job where tying long hair back is company policy. Or perhaps you’re just looking for a change.

Either way, understanding the key differences between these two styles is crucial when deciding between them.

That’s exactly what we’re about to dive into in a little more detail.

What Do Man Buns And Ponytails Actually Look Like?

Right from the get-go, let’s take a look at these two goliath long hairstyles, shall we? f

This is a man bun. As you can see, the hair is pulled back and tied into a coil.

The shape of this bun can vary widely; that’s part of the fun. There are many different variations of what we commonly call a “man bun”.

For example, you’ve got “neat” and “messy” man buns.

Neat ones are more tightly wrapped, with fewer stray hairs and most if not all of the hair coiled within the bun.

Messy man buns are tied in a much looser and more haphazard fashion. This is what gives it such a laid-back and relaxed feel.

It can actually be quite tricky to get the look you want with these. Interestingly, “messy” man buns need to be quite carefully crafted, as surprising as that may sound.

You’ve got “high” man buns that sit further forward on your head, typically above the crown.

Another way in which man buns vary is how high they are.

This, my friends, is a ponytail.

It’s no doubt a style you’re familiar with. Compared with man buns, there is definitely less to talk about here.

One difference is how low down the tail you tie the knot, and another is the length itself.

This can make a difference both in terms of appearance, as well as comfort.

Now that you’ve gotten a decent grasp of how the two styles differ aesthetically, let’s dig deeper into how you can decide between the two.

Man Bun Or Ponytail: Which One Is For You?

As always, I like to split style decisions into different factors to consider. This is because certain factors will always be more important to some men than others.

Here are three of these factors you really need to know about.

When it comes to comfort, man buns are generally considered a better option than ponytails.

This is because there’s just less strain on your scalp.

The weight of a ponytail swinging back and forth as you go about your day-to-day activities can actually be pretty significant.

It may not be obvious, but over time, you’ll realize this is the case.

It often only comes to your attention when you change up your style to something a little more comfortable; for example, a man bun.

Once you’ve done this, the difference will be immediately noticeable.

Having your hair tightly and neatly wrapped into a bun is less of a strain than having it swinging from side-to-side.

This is definitely more of an issue with longer ponytails than with short ones. But still, it’s just something to think about.

Another way in which man buns are more comfortable than ponytails is more significant in the summer.

Although ponytails will feel less warm against the back of your neck than untied hair, it’s still not as cooling as having your hair tied further up into a bun.

So, if comfort is something that you think you’ll want to prioritize, strongly consider a man bun as opposed to a ponytail.

The main point here is that you’ll need more length to tie a man bun than you would with a ponytail.

In general, you’ll probably need at least 7-8 inches of length before you can tie a man bun. Even at that point, however, you’ll probably have more luck with a top knot than a fully-fledged man bun.

To be safe, 10-11 inches is what you should aim for if you want to tie a proper, full man bun that you don’t need to tie too high.

It needs to be long enough for you to be able to coil it into something full enough to actually label a “bun”.

The question is, are you willing to grow your hair that long?

For some men, the answer will be a resounding no. The additional maintenance requirements and the general feeling of having hair that long isn’t something they want to deal with.

For other men, it’s no problem at all.

So, if you’re willing to grow your hair longer than you would have to for a ponytail, a man bun is a very viable option.

If you’d rather stick to having hair a little shorter, there’s a chance that man buns may not even be possible for you. Stick with the good ol’ ponytail instead.

When it comes to maintenance, both man buns and ponytails are pegged pretty level. There isn’t a huge amount of difference.

However, it could reasonably be argued that man buns do require just a little more time and effort.

This does depend on the specific variation of the man bun, however.

For instance, the man bun undercut with shaved sides and back will most likely require the professional assistance of a barber to pull off.

But regardless of the specific man bun variation, there’s just a bit more that goes into tying man buns than ponytails.

Men often find that it requires more practice than tying a ponytail. It’s hard to get it “just right”, particularly at the beginning.

It gets easier over time, however, so don’t let that put you off.

The point here is that ponytails are more beginner-friendly than man buns. Man buns just require a few more attempts before you find one you’re truly happy with.

As you’ve probably already gathered, there is just so much more you can do with a man bun than with a ponytail.

I’ve already talked through the different broad variations of man buns you could try out, including “messy” styles and undercuts.

You can also play around with braided man buns, even subtle variations where you’ve just got one or two braids immediately next to the bun itself.

You’ve also got styles like the “highballer” man bun, popularized by the now-legendary character Jon Snow.

This style consists of a regular man bun, but with the nuance of there being plenty of hair flowing and cascading freely downward at the back.

It’s a glorious variation which is laid-back yet in-your-face at the same time.

To sum this up, there are so many different man bun styles out there that it may be worth growing your hair long enough for you to experiment with them.

The Man Bun Ponytail: What Is It?

Confusingly, the “man bun ponytail” or “half man bun ponytail” refers to a style where the tied hair is short like a bun would be, but isn’t coiled and instead hangs freely like a ponytail is.

Unfortunately, it’s a term that’s been circulated pretty widely online and does cause a lot of confusion.

The style should technically just be called a short ponytail, because – well, that’s exactly what it is.

There’s nothing about this that should lead it to being labeled a “man bun”. If there isn’t any part of the style that’s tied into a coil, it shouldn’t ever be called a man bun.

Now, you won’t ever be fooled into thinking anything else is true.

Both styles are undeniably popular among long-haired men, although man buns are sort of stealing the limelight these days.

The beauty of choosing between these two styles is that you’ve got the benefit of being able to experiment pretty freely.

You could literally just spend around 30 minutes in front of a mirror just trying different variations out.

Don’t get me wrong – you probably wouldn’t be able to test out the man bun undercut all that easily.

But the others? Sure, have at it.

Once you find a style you like, whether that’s a man bun variation or a ponytail, give it a trial period.

Wear it around your friends and family and gauge their reactions. Hopefully, it’ll be positive.

If it’s anything less, accept the (hopefully constructive) criticism and think about whether you should switch things up.

Never underestimate the versatility of long hair. Have fun with it.

Man Buns And Glasses: What You Need To Know (With Pics)
← Read Last Post 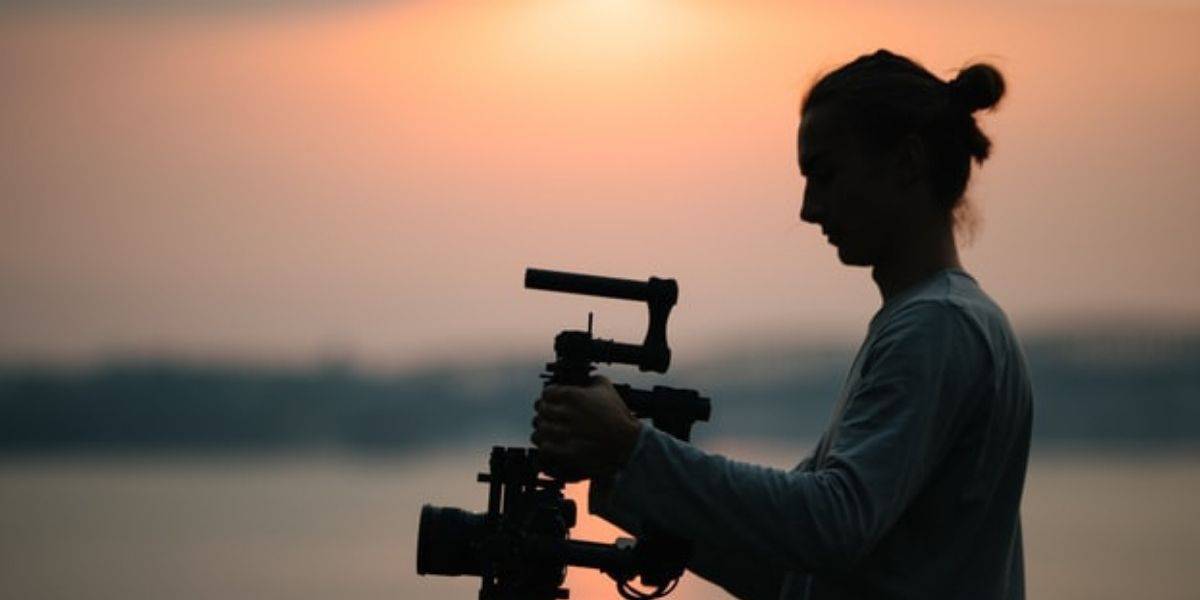 5 Man Buns Without Beards You Really Need To See
Read Next Post →
Comments are closed.