8 Tips To Stop Beards From Curling Under The Chin

As your beard grows longer you’ll come across obstacles you may not even have predicted. So, how do you stop your beard from curling under your chin?

The beard curl that forms at the chin or jawline will often straighten itself out as your beard grows longer and heavier. But the curl can be reduced by combing it back with a blow dryer, using beard oil, or even using styling product.

I’m about to delve into these tips in a little more detail, as well as several others you could try.

It’s important to note that this issue is incredibly common and not something you necessarily need to do anything about if it’s not bothering you.

But if you’d rather have a straighter beard at the jawline, you definitely have options.

8 Ways To Stop Your Beard Curling Under The Chin

This curling of the beard is often referred to as a “beard wave”. If I use that term from time to time, just know that I’m referring to the same thing.

As your beard grows longer, you’ll most likely find that this curl at the chin will slowly but surely start to straighten out.

This is simply due to the weight of the long beard hair pulling downward on the curl.

You could say it was the “easiest” fix because it doesn’t actually require any additional effort other than simply waiting it out.

At the same time, it probably isn’t going to be everyone’s favorite solution.

It does require time, which a lot of aspiring beardsmen struggle to come to terms with.

Beard growth does require patience and commitment; waiting for the beard wave to sort itself out is yet another reason.

The benefits of using a boar bristle beard brush are widely recognized and accepted.

These benefits include training the beard to grow in the desired direction over time, as well as the redistribution of natural oils throughout the beard.

Starting to brush early is important. After around 3 to 4 weeks of growth, you should have enough length to benefit from using one.

It’s important because the sooner you start working the beard hair with those boar bristles, the sooner the training begins.

Over time, you’ll find that the beard grows straighter, flatter, and in general – downward.

Here’s a related yet more specific benefit – the beard curl at the chin will be less noticeable.

Over time, beard brushing will either prevent the formation of the beard wave at the jawline or chin, or significantly reduce its appearance.

3. Blow Dry While Combing It

You’ll need a wide-toothed beard comb for this.

Pearwood or sandalwood combs with anti-static properties are often a good investment. Combs are better than brushes for detangling and styling purposes.

Here’s how you can reduce the appearance of beard curls at your chin using a comb and a blow-dryer:

The benefits of applying beard oil are just as significant as those of brushing and combing.

It nourishes and moisturizes the beard hair as well as the underlying skin. Scented beard oils are also great for emanating those glorious aromas.

Although there’s nothing specific about beard oil or its properties that’ll straighten out the curl, it’s definitely worth using.

Beard hair is just easier to manage when it’s well-moisturized.

Applying beard oil before brushing or combing it, for example, will make it easier for the bristles and comb teeth to glide through the hair.

It’ll enhance their effects and make it much more likely that curl will straighten out over time.

In general, the better your beard hygiene and grooming measures are, the more likely your beard will do what you want it to.

Never underestimate the power of applying just a touch of styling product.

It’s particularly useful after you’ve tried to straighten out that curl using the earlier methods such as oiling, brushing, and combing.

You’ll need a styling product with enough hold for your needs.

Products such as beard balm and beard butter have a gentler level of hold but are lighter and less overbearing.

Beard wax, on the other hand, has a much stronger level of hold and would be more useful if that curl is more stubborn and resistant.

It’ll also be more useful if your beard hair is a little coarser or more difficult to manage.

However, it can feel quite heavy when compared with a product such as beard balm.

It’s not something you want to rely on to get rid of beard curls on the jawline.

It’s something that should simply help you maintain the effect once you’ve tried the methods mentioned earlier in this list.

Before we go on, if you’re looking for a trimmer to handle your neckbeard you’ll need to take your beard length into account. If you’ve got stubble or a short beard, the Philips Norelco Oneblade QP652070 gives you very precise control. It’s available on if you’re interested.

If you’ve got a longer beard and you’re pretty serious about it, consider the Brio Beardscape – ceramic blades, good length options, and an eye-catching LCD screen. Check it out on Amazon here.

As the name would suggest, the neckbeard is the hair that lies over the neck. It lies behind the “forebeard” at the front.

It’s the forebeard that visibly curls upward at the chin and creates the beard wave.

A slightly more intensive way to reduce the appearance of this curl is to trim and maintain the hair behind it.

Maintaining the neckbeard is something that should be done in any case.

A scruffy neckbeard that crawls across the entire neck and toward the chest is a mark of a poorly-groomed beard.

The simplest way to groom it would be to maintain the neckline.

The neckline is the border between the neck hair and the neck skin. Along with the cheek line, it’s a very important beard border to maintain.

You want to make sure the neckline isn’t too high or too low.

Keeping it approximately two finger-widths above the Adam’s Apple is usually a good rule-of-thumb, but you’ll have to use your intuition to really hone in and perfect it.

It should curve gently upward in either direction, roughly following the angle of the jawline.

Once you start to take care of the neckbeard, you should find that the forebeard curls less and the appearance of the beard wave under the chin is less prominent.

7. Stop Playing With It

This one is easier said than done.

Playing with the beard is a perk that men find hard to live without. It’s intensely satisfying but does definitely have its downsides.

Patchiness is one of them.

Men often find themselves subconsciously playing with their facial fur throughout the course of the day.

Interestingly, they’ll often find that their beard looks thinner and patchier than it did in the morning.

Another possible effect is an exaggerated appearance of the beard curl at the chin.

You may find that the pulling and tugging in this area simply makes the curl stronger and more obvious.

It may not be the most satisfying solution, but try going a day or two without touching your beard at all.

At the very least, you may find that it looks fuller and less patchy.

If you also find that the beard curl looks less obvious at the jawline, even better.

Here’s one you may not have even considered, but it’s important to point out.

This whole article might have made it seem as though the beard curl is something you need to get rid of.

But this would be oversimplifying things.

Having the beard curl upward at the chin or jawline is, as I mentioned, extremely common.

It’s so common that it actually looks natural and isn’t as obvious or unpleasant to look at as you might think.

If you’re able to embrace the beard wave and treat it as a normal progression of your beard as it grows longer, you may be better off for it.

Having said that, most of the tips I’ve outlined above are just good beard grooming habits to adopt in any case.

You shouldn’t do them for the sole purpose of reducing the appearance of the beard curl.

You should do them because they’re important for the general maintenance of a healthy beard.

If the curl happens to reduce as well, that’s cool. But it’s important to recognize that this isn’t as necessary as you might think.

Just something to bear in mind.

Work your way through those tips and see if it makes a difference.

Have fun with it – at the very least you’ll end up with a happier and healthier beard. 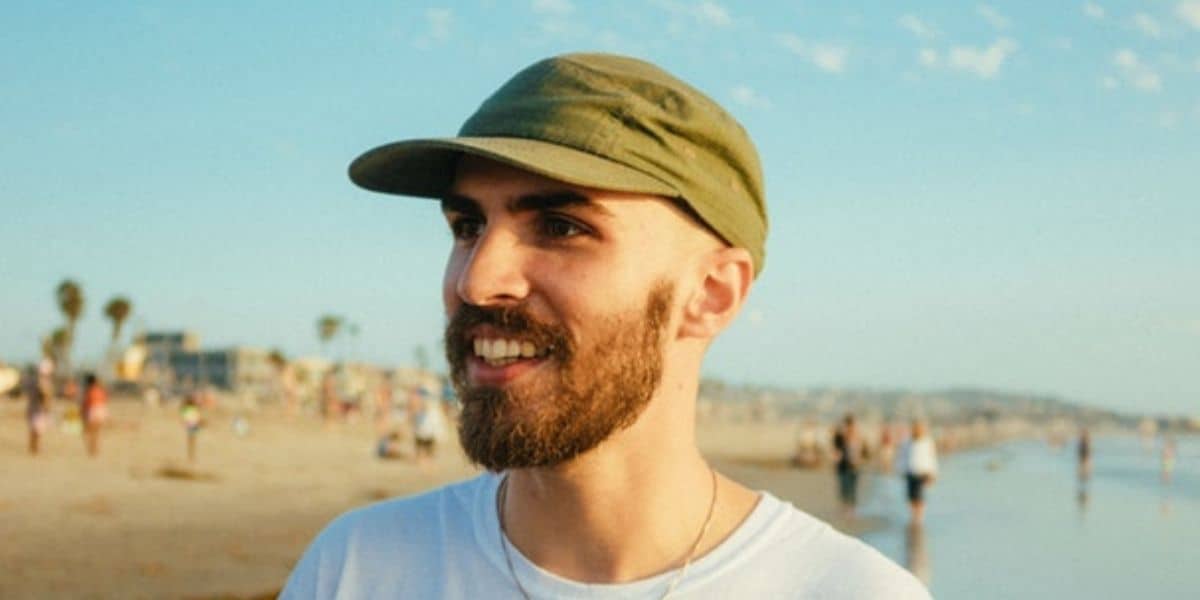 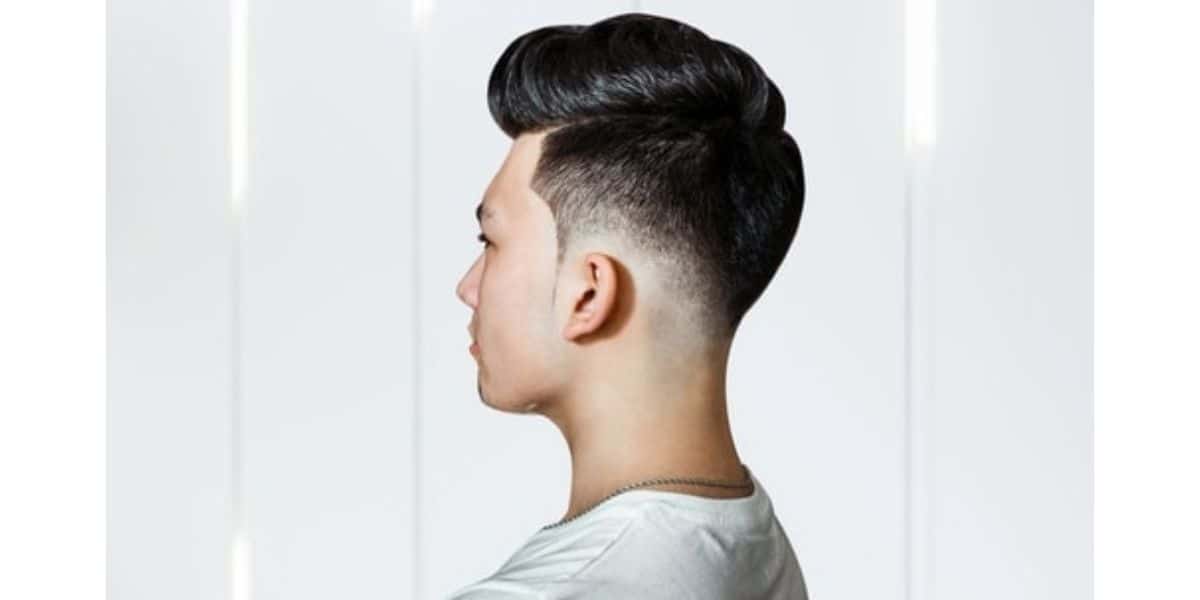