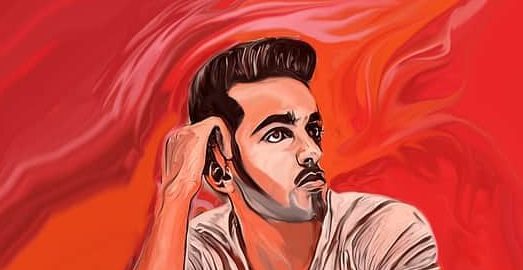 Blending two facial hairstyles often produces impressive results. With each of them bringing their own flavor, it’s an easy way to add a touch of uniqueness. Let’s talk about the goatee with sideburns.

The hybrid style is exactly what it says on the tin – a goatee neatly coupled with sideburns. Although they may vary in their own right, it’s usually a “disconnected” style with the two components not touching each other. It’s easy to maintain and quick to achieve. You don’t need long facial hair to pull it off; even stubble would do.

The beauty of sideburns is that they’ve crossed so many subcultures over centuries. They’ve been worn by everyone from Victorian generals to 1960’s hippies and rock stars.

Goatees are and will always be considered one of the most popular styles of all time. A small patch of facial hair that’s stood the test of time.

What I’m about to do is teach you how to combine the two extremely effectively using a step-by-step routine. But first, it’s important to delve deeper into what this style actually is, and what it looks like.

As with any combo style, explaining the two components individually is the best way to start.

A “goatee” refers to most styles where there is hair on the chin but not on the cheeks.

The old understanding of this style was it simply being a tuft of hair on the chin alone. But in the modern-day, the chin beard is frequently combined with a connected or disconnected mustache.

As long as there is no hair on the cheeks and there is some on the chin, you’re good.

“Sideburns” refer to facial hair that extends from the hairline, parallel to or past the ears. They can be long, or they can be short. But crucial to its definition is the fact that they cannot connect from ear to ear via the chin beard.

If they do, they stop becoming sideburns and become a beard. The “goatee with chinstrap” is a good example of this.

The contradiction you may have spotted here is that sideburns could technically be considered “hair on the cheeks,” depending on how wide they were. Believe me, they can get pretty wide.

For a goatee to be a goatee there technically shouldn’t be hair on the cheeks.

For this combination style to work, the sideburns should not touch the goatee. As long as there is a distinct gap between the sideburns and goatee, you’re fine. The cheek skin immediately adjacent to the goatee needs to be clear.

How To Trim The Goatee With Sideburns

It’s actually surprisingly straightforward. The trickiest part would be defining a natural-looking goatee outline, which many people get wrong.

Trimming sideburns is a genuine piece of cake.

Here’s a step-by-step tutorial on how to trim this glorious hybrid style.

If you’ve read any of my other trimming tutorials, you’ll know that I always start with this. Although it isn’t essential, it can drastically enhance your results.

It refers to the removal of dirt and dead cells from the skin using an exfoliating scrub. This allows for a much neater trim by allowing the blade to glide across your face with minimal obstruction.

2. Trim the entire beard down

Although you won’t be keeping all of it, you’ll want to ensure that all of your facial hair is trimmed neatly and evenly before you carve out your goatee and sideburns.

An electric trimmer is required for this step. If you don’t already have one, the Philips Norelco Oneblade QP6520/70 is definitely worth checking out. It allows for lengths of up to 10mm, and it’s contouring head allows you to trim, edge, and even shave. Click here to have a look on Amazon.

So, trim your cheeks, chin, mustache, and neck to your length of choice. I find that this style works well with a length of around 10mm, but this is entirely your decision. It would even work with stubble.

Now that you’ve trimmed the entire beard down to the same length, it’s time to carve out the style.

I find that the naked blade of your trimmer (with no guard) is the best option at this point. If your specific trimmer comes with an edging blade, that’s perfect.

But if you don’t have one, the naked blade would do perfectly fine.

Start trimming your goatee outline first. Be sure not to make the sides too narrow, as this is a common mistake.

Allow the sides of the goatee to follow the natural curve of your mustache downward past the jawline. This leads to a very natural-looking goatee.

Now that the goatee has been outlined, start thinking about your sideburns. The length of your sideburns is something you may already have in mind.

The width is also variable, but most mainstream sideburns lie between the ¾ inch to 1.5-inch range.

It’s something you can experiment with over time. But once you’ve decided what you want, start carving it out using your blade.

Trim everything in between your goatee edges and your sideburns. Remember, there needs to be a distinct gap between these two components in order to achieve this style.

Once this is done, decide whether or not you want to “fade” your sideburns. What this means is that your sideburn hair starts off shorter and gradually gets longer as you go up. It’s a very natural look.

To do this, divide your sideburn into three parts. Trim the lowest part shorter and gradually get longer as you trim the next two parts up. Even a difference of just a millimeter could produce a very nuanced look.

We’re aiming for a very gradual fade here. Trimming the sideburns significantly shorter than your hair will always look unusual.

Trimming the perfect goatee and sideburns is all well and good, but neck stubble needs to go.

Trim it all with the naked blade and don’t leave any untouched.

Although the neckline of a goatee isn’t very wide, it should still be well-defined. It should lie around two finger-widths above the Adam’s Apple. Not too long, and not too short.

Although you could quite comfortably leave it at that, you’ll need to shave in order to achieve the best and slickest results.

The neck and the areas in between your goatee and sideburns should be shaved. You can either use a manual razor or an electric shaver for this. Remember to use shaving gel if you go for a manual razor.

Shaving isn’t just great for getting rid of stubble and leaving ultra-smooth results. It’s also a great way of sharpening up the borders of your style. The goatee edges will be crisper, and the sideburn edges will be sharper.

Rinse off, towel-dry, and moisturize. Always moisturize after shaving as it is inevitably irritating to the skin.

Once you’ve finished, stand in front of the mirror and admire your work. Yes, it’s OK to do this.

Benefits Of The Goatee And Sideburns

The goatee is undeniably an important and extremely popular style. This is mainly because of how versatile it is.

There aren’t many situations in which it wouldn’t be considered acceptable or attractive.

But it’s so popular that it’s become pretty commonplace. A goatee doesn’t really turn heads in the same way that it used to.

Coupling a goatee with another style is a great way of adding a touch of intrigue. The sideburns are an excellent option here. You don’t see this combination every day – that’s what makes it worth testing out.

If it happens to look great on you, you’ve just stumbled upon a style that could very much be yours.

Let’s face it – they’ve stood the test of time. Goatees have been worn by the beatniks of the 40s and the rock stars of the 90s. It doesn’t seem to be slowing down anytime soon.

Sideburns have been an integral part of the styles of 19th-century generals and aristocrats, as well as the hippies of the 1960s. They’re still very much around today.

Although this combination style can definitely be considered “modern” due to its ingenuity, it’s also “retro” and a homage to days gone by.

3. Both goatees and sideburns can contour the face

Facial hair can alter face shape in the most fantastic of ways. I’ve touched upon this point already, but it’s worth emphasizing.

A goatee can elongate the chin, making it perfect for rounder and squarer faces. As I mentioned, the length and width of the sideburns can also be used to contour the face as you wish.

What About The Goatee With No Sideburns?

Although this can work, the complete absence of sideburns almost always looks unusual.

Try to allow the sideburns to at least reach the point where your hairline meets the ear.

The no sideburns look usually works best with an “extended goatee”. In this style, the bottom edges of the goatee tail backward along part of the jaw. It isn’t a straightforward circle like most traditional goatees.

But the extended goatee often comes without sideburns and it generally works really well. Leonardo DiCaprio has been seen donning this style quite frequently, and let’s be honest – the guy knows what he’s doing.

However, don’t let the sideburns get too short. If you want to try this out, trim it gradually shorter. Don’t reach for your trimmer and make any drastic, spontaneous, or reckless trims.

It isn’t common – that’s part of what makes it so great. Having said this, it’s subtle enough to not draw too much unwanted attention.

You’ve learned what it consists of, how to trim it very effectively, and why it works so well. The style isn’t hard to achieve but isn’t exactly low-maintenance.

Try it out for yourself and assess whether or not it’s for you. You may be pleasantly surprised. Hopefully, you’ve found the one.

How To Trim A Goatee Neckline: Under Chin Technique
← Read Last Post 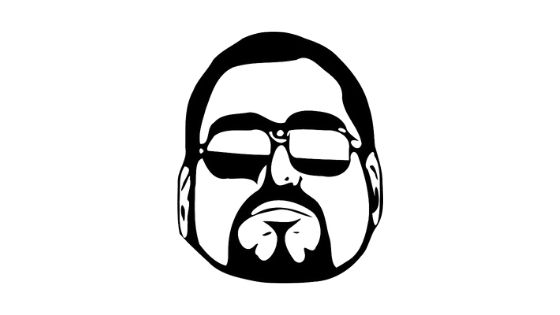