A blonde buzz cut does have a tendency to turn heads. It’s attention-grabbing, effortlessly masculine, and always neat.

Whether you’re a natural blonde or you’ve dyed it to suit your taste, trimming it down to a buzz cut length may be something you want to experiment with.

The main benefits of this style are its ease-of-maintenance, versatility, and eye-catching color. Its simplicity is what draws a lot of men towards it, but it’s the wide range of possible variations that keeps them coming back to it.

In this article, I’ll go through the main variations of the blonde buzz cut. You’ll be seeing some pictures to give you a good idea of what’s possible.

I’ll also delve into the benefits of the style a little bit deeper. Finally, we’ll be exploring a few frequently asked questions on the topic.

If you were on the fence about trimming this style or dyeing your buzz cut blonde before, hopefully, this article will help you make up your mind one way or the other.

What Does A Blonde Buzz Cut Look On A Man?

Before we go further it’s important to define what a buzz cut actually is. I do this at the beginning of most of my articles on buzz cuts.

A “buzz cut” is a short, even haircut that to a reasonable extent is dependent on the use of a hair clipper. The three I usually like to discuss are as follows:

So a blonde buzz cut can take the form of any of the cuts above. Of course, there are other, more intricate variations, but those are the main ones to know about.

Faded buzz cuts are incredibly popular and work very well with blonde hair. A fade refers to the gradual increase in length as you go up the sides or the back of the neck.

The fade on a blonde buzz cut could be low (ending a little bit above the sideburns), middle, or high (ending around the level of the temples). It’s a thoroughly modern addition to a buzz cut and has become extremely popular over the last few years.

It’s important to note that how eye-catching a blonde buzz cut appears does partially depend on the contrast between skin tone and hair color.

For instance, darker skin tones provide a pretty stark contrast to bleach blonde hair, and the look stands out as a result. It can look very impressive indeed and is almost always the result of dyed hair.

That’s not to say that naturally blonde military-style cuts without this contrast don’t look impressive. They may not stand out as much, but buzz cuts still look fantastic on naturally blonde hair.

What Type Of Blonde Buzz Cut Should I Go For?

You’ve now learned the three main types you can choose from. It’s time to decide which one of them is for you. There are three main factors you should consider.

If you’re a blonde man that happens to be receding or balding, you’ll want to read this bit. If not, I’d read it in any case. Who knows what the future holds?

Naturally blonde hair does have the benefit of often camouflaging itself nicely against a light skin tone.

Because of this, receding hairlines can sometimes look less noticeable. The most effective way to make a receding hairline less obvious is to reduce the contrast between the hair and the forehead.

Another way to do this is by trimming the hair very short and even in length. This is exactly why a buzz cut would work very well.

The type of buzz cut you choose does partially depend on the extent of your hairline recession.

If you’ve got a pretty advanced receding hairline with rapidly diminishing hair on top, you’ll most likely want to trim an Induction Cut. Very short and very even.

Once the extent of your balding is that advanced, chances are a buzz cut isn’t exactly going to fix everything. But it’s certainly a much more stylish and graceful way to go bald than combing over and trying to hide it.

Now, if you’ve simply got a mild or moderate receding hairline, you may well want to consider a Crew Cut. That’s because having longer hair on top will actually allow you to hide receding temples by slicking the hair forward.

Finally, consider adding a high fade. A high fade would actually absorb and camouflage the receding temples, making them even less obvious. With blonde hair, this can really work well.

This one may seem obvious, but don’t forget it. Some men just love Induction Cuts because that military-style aesthetic works so well with blonde hair.

Other men may just prefer the tapered effect of a Burr cut where the sides are a little tighter and shorter than the top. It grows out very well – less like a fuzz ball and more natural-looking.

But some may love having the ability to actually style the hair on top of a Crew Cut. It’s actually long enough to work with. That could mean spiking it up or flopping it forward in a fringe.

Using the pictures in this article, try to get an idea of what aesthetic you think you suit you best. Not just your looks, but also your personality.

It’s important to mention that if you were dyeing your buzz cut blonde your maintenance efforts would definitely be higher. Even if you were to use a more permanent dyeing method, you’d still have to take this into consideration.

However, the process of trimming and grooming a buzz cut can be very minimal indeed. This does, of course, depend on the type of buzz cut you wish to have.

An Induction Cut is by far the easiest one to DIY. It’s simple, straight forward, and requires little technical skill. That’s the beauty of trimming everything down to the same length.

The Burr Cut and the Crew Cut may require some professional assistance, simply because of the variation in length and quite possibly the addition of a fade or taper.

So, the type of buzz cut you choose may partially depend on how much effort you’re willing to put into it. Take maintenance requirements and cost into consideration.

We’ve touched upon a couple already – ease of maintenance (potentially) as well as how flattering the style can be for receding or balding men.

But whether your blonde buzz cut will be natural or dyed, here are a couple of benefits you should know about. These benefits apply to most buzz cut variations, not just the Induction Cut.

Buzz cuts have the benefit of being versatile. I mean that in two different ways.

As I mentioned earlier, buzz cuts are versatile in that there are so many different variations on what you may call a “buzz cut”. You can vary them with length, styling, fades, etc.

But they’re also versatile because they’re very much a multi-purpose haircut. There are very few situations where they wouldn’t be considered “appropriate”.

A blonde buzz cut can be casual, or it can be formal. Of course, there are a few workplaces that may not embrace a fade with open arms. For example, some corporate workplaces may prefer a less ostentatious style.

But overall, a buzz cut can be worn to a job interview, a party, or a wedding without a second thought. They’re effortlessly neat and tidy, and importantly don’t take up too much of your time to achieve this.

A buzz cut is quite unique in that it couples subtlety and simplicity, with an incomparable ability to turn heads.

People notice a buzz cut. They ask you about it, they may question you about it. Most people can identify a buzz cut as “a buzz cut” with relative ease. That’s mainly because of how exceptionally popular the style is as a whole.

Blonde in itself as an eye-catching color. It certainly carries a premium, and a lot of men often wonder what they’d look like with an impressive lock of beach-blonde hair. If you’re lucky enough to be a natural blonde, you may well be used to the odd passing compliment or two.

When trimming a buzz cut with blonde hair you’re essentially doubling-down on grabbing attention. Blonde hair turns heads, as does a buzz cut.

That’s why the combination tends to work so well.

Dyed blonde buzz cuts can look fantastic. But trying to compare them to naturally blonde ones isn’t really worth doing. They’re often very different in how they look, particularly in different shades of light.

People often ask whether it looks obvious. That depends on the quality, color, and nature of the hair dye itself. Some dyes are designed to look obvious because after all, obvious colors do grab attention.

Skin tone also plays a huge role. It’s much rarer for men with darker skin tones to have naturally blonde hair. So, it would be more obvious if their hair contrasted and stood out against their skin tone.

Before experimenting, it’s important you seek the help of a professional such as a stylist. Dyeing hair blonde incorrectly can be harmful to your hair and scalp.

Here are a couple of shades of bleach blonde buzz cuts you could go for:

What Does A Blonde Buzz Cut Fade Look Like?

A blonde buzz cut fade can be low, mid, or high. It’s a relatively simple way to add some flavor to an otherwise straightforward style.

It can be difficult to DIY without some technical prowess. You’ll also need a reasonably good and versatile pair of clippers.

But it can work stunningly well with blonde hair. Plus, as I mentioned earlier, a high fade can definitely make mild or moderate receding hairlines less obvious.

This combination works very well. Buzz cuts are so short that the shape of your head will be on full display. A key benefit of having long hair is being able to style it to adjust the shape of your face. Other than longer Crew Cuts, this isn’t really possible with buzz cuts.

But having a beard can offset this disadvantage. It’s incredible how a beard can transform a face shape. Depending on the style you choose, it can soften or accentuate cheekbones and jawlines, as well as make chins look more or less pointy.

They’re also great for framing and adding balance to the bottom of the face.

It’s definitely something to consider if your new blonde crop needs some support from below.

Hopefully, you got what you came for from this article. It may have been to check out some pictures, to learn some of the lingoes, or to figure out whether this really is the style for you.

If you were in the last camp of people on the fence about this style, hopefully, it’s helped you make your decision. If you were still unsure, there’s no real harm in trying it out. After all, it’ll grow back.

If you’re nervous, try trimming a Number 4 or 5 as a decent stepping stone. It’s short enough for you to get a good idea without committing to a very short buzz cut.

But whatever you do, have fun with it. Enjoy. 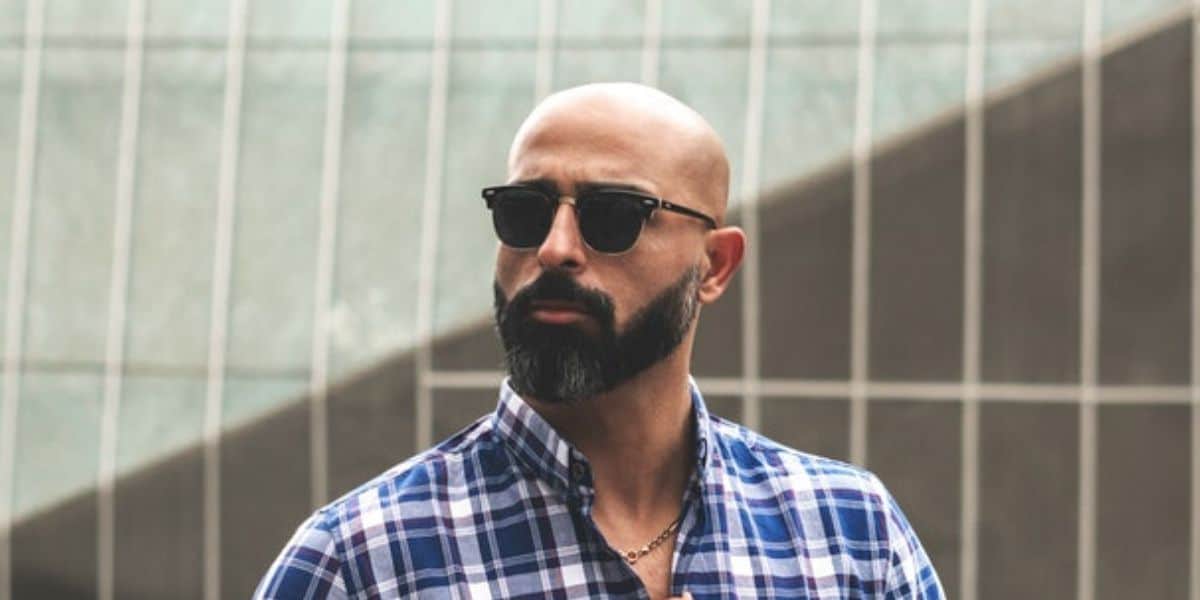 Buzz Cut Or Bald And Shaved Head: How To Choose
← Read Last Post 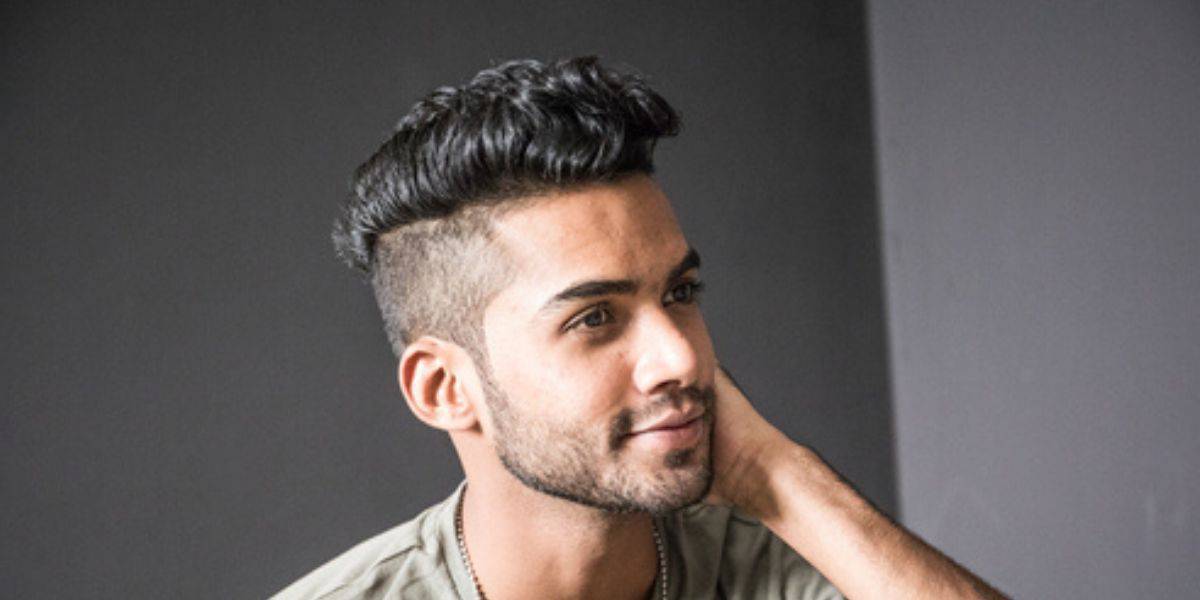