The iconic men’s brand has definitely proved that it’s a product for the ages. But some changes have left some loyal followers confused. So, what exactly is the difference between Old Spice Original and Old Spice Classic?

Old Spice Original comes in a white glass bottle and is mainly sold in EU countries, while Old Spice Classic comes in a plastic bottle and is sold in the United States. In general, the scent of Original is considered closer to the old, Shulton-owned formula.

That’s the gist – but I wanted to dig deeper.

Although the differences may not seem that significant at first, users that have had first-hand experience of the vintage Original, the modern Original, as well as the Classic Old Spice aftershaves would beg to differ.

So, before we dive into the differences, we’ll be going through a brief overview of the history of Old Spice aftershave.

The original Old Spice men’s fragrance was manufactured and released in 1938 by the Shulton Company. This now-legendary American brand was founded by William Lightfoot Schultz.

The aftershave came in a white glass bottle with a grey stopper and a large sailing ship on the front of the packaging.

Sailing themes have always been heavy in Old Spice’s branding.

The transfer of ownership is important to understanding the differences between the old Shulton-owned Old Spice aftershaves and the new Procter & Gamble-manufactured ones.

In 2008, the “Original” aftershave was rebranded as “Classic” in the US.

Here’s the Classic on Amazon.

Right – now let’s get to the differences.

Here are four differences you should know about.

Although the Original aftershave was repackaged as “Classic” scent in the US, in most EU countries it continues to be labeled “Original”.

The reason for this is unclear and it is a source of confusion for many.

Just know that if you’re in the US you’ll find it tough to get hold of a bottle labeled “Original” without resorting to an overseas seller.

If you’re based in the EU, you’re more than likely going to be using one labeled “Original” and not “Classic”.

The new “Classic” aftershave you’ll find in the US is even more different than the Shulton-owned original because the bottles aren’t glass – they’re plastic.

However, all of the bottles – the old Original, the new Original, and the Classic – share the same white and red color theme. They all also seem to resemble milk bottles, although I’m not sure whether that was ever the intention.

In the mid-2010s, it is speculated that the manufacturers may have changed the scent of Old Spice Classic – although I’m unable to find a reputable source for this information.

Since around this time, the reception has generally been mixed, with previously loyal customers disgruntled by what they perceived as a “watered-down” version of the Original scent they grew up with.

This is purely based on me pouring through dozens of reviews and trying the Classic out for myself as well.

As a fan of the Original, the difference is quite obvious.

In general, the “Original” Old Spice aftershave that comes in a glass bottle and is found in the EU is considered closer in scent to the old, Shulton-owned Old Spice that became so iconic all those decades ago.

Although both the Original and Classic seem to have heavy hints of cinnamon, vanilla, citrus, and cedarwood, the Classic is just less noticeable. It also seems to fade quicker once it’s been applied.

If you haven’t tried the Original, you’re less likely to be disappointed by the Classic. Overall, Old Spice Classic is still a pleasant scent at an affordable price.

In my opinion, however, it just lacks the punch that Old Spice Original has.

It’s difficult to determine which one gives you better value for money as you’ll most likely be paying euros or British pounds for the Original and USD for the Classic.

The exact price you pay will also vary based on region and vendor.

Old Spice has gone through some significant changes over it’s long and illustrious history. Some have been outrageously popular while others have drawn some criticism.

However, it’s hard to deny the fact that they’ve managed to consistently be a part of the conversation when it comes to the men’s grooming industry.

This is largely thanks to clever (and hilarious) marketing, as well as reasonably good value for money.

Hopefully, you now know what the difference between Old Spice Original and Old Spice Classic is and what the fuss is really all about. 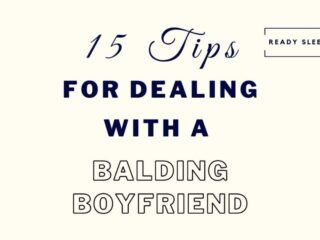 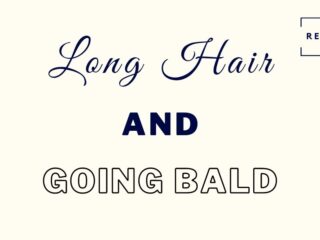 Long Hair And Going Bald: 13 Tips To Make It Work
Read Next Post →
Comments are closed.