5 Ways Brushing And Combing Your Beard Makes It Softer

Brushing and combing a beard have become pillars of modern beard grooming. They each have their own benefits, but one that they share is the ability to make a beard feel softer. But how exactly does brushing and combing your beard make it softer?

Brushing a beard makes it softer by stimulating and re-distributing natural and artificial oils, as well as by exfoliating the skin. Combing works similarly but softens the overall texture by de-tangling, straightening, and flattening the hairs. In doing so it also reduces breakages and split-ends. Of course, the two tools do overlap in their effects. But that’s the gist of it.

What I’m going to go through in this article is a more detailed explanation of how these two grooming habits can soften your beard.

Then, give you some tips on other habits that can soften up that beard too.

If you’re reading this, there’s a good chance you’re tired of coarse, sharp, and prickly hairs. Either that or your partner is.

Try this stuff out – trust me, it works.

5 Ways Brushing And Combing A Beard Makes It Softer

Sebum is natural oil produced by the skin. It can get a bad rep because it’s what clogs up the pores and causes spots. So, in large quantities, it can do some harm.

That’s why regularly washing your beard with a gentle beard wash is still important.

But in smaller amounts, sebum can be a beard’s best friend. When it properly coats a hair shaft as opposed to just accumulating at the base, it moisturizes it. By nourishing it in this way it softens it and makes it look less dry and coarse.

That’s how it makes the beard feel softer.

The bristles of a good boar bristle beard brush stimulate the production of this sebum as they rub against the skin and tug gently against the hair. This is why you shouldn’t just think of a beard brush as a beard tool. It does work the skin underneath as well.

But be careful not to brush too hard with the hopes of heaping on piles of sebum.

Firstly, if this was to work, too much sebum just makes a beard look greasy. You probably don’t want that.

Secondly, as we’ll go on to explain, brushing too hard will irritate the skin. Red, angry skin doesn’t complement a beard very well.

The teeth of a beard comb can have a similar effect, but not as much. As they’re spaced wider apart than the bristles of a brush they come into contact with less skin.

Once again, a beard brush is more effective than a beard comb at doing this. However, there definitely is some overlap.

As the bristles of the brush or the teeth of a comb scrape gently at the skin, they act as a physical exfoliant.

Exfoliating refers to the removal of dirt, debris, and dead skin cells from the top layer of skin.

This is great for several reasons. This layer of gunk accumulates at the base of the hairs and leads to friction during trimming and shaving. Friction leads to itching and irritation.

But more specific to this article, removing this layer makes the underlying skin feel softer. It also reduces flaking and beard dandruff, which makes the beard feel less dry and coarse overall.

We’ve talked about stimulating oil already. But if that oil just sits at the base of the hairs it’s pretty useless. In fact, it just looks greasy and causes patchiness by clumping hairs together.

As we’ve started by focusing more on how 400;”>brushing your beard makes it softer, let’s continue with that trend. The bristles of a beard brush are amazing at re-distributing oil from the roots of the hair, along the shafts and to the tips. They also distribute oil from areas of your beard that are rich in oil, to dry areas.

Overall, this makes the beard more evenly moisturized and nourished. It makes it look healthier, and feel softer.

This isn’t just the case with natural sebum. It does the same with beard oil as well. If you were to just drip that beard oil in and let it sit, it isn’t as effective. This is because a lot of your beard won’t get to enjoy its benefits. Also, if you let it accumulate, it can cause the same greasy, patchy appearance that excessive sebum can do.

Brushing your beard after applying beard oil is a great way to see the maximum benefits from your product. It also minimizes the amount you have to use daily because you’re using it more efficiently. This saves you money in the long-run.

Beard combs do this to a certain extent as well. But again, the bristles of a beard brush can tackle this more intricate task better.

Both brushing a beard and combing a beard do this very well. As I mentioned earlier, beard combing is better for detangling and straightening. It’s particularly effective when your beard gets longer – after around 3 months of growth.

After this point, the bristles of a beard brush struggle to reach the deeper hairs that tend to tangle up. The teeth of a beard comb are long enough to reach them and de-tangle them.

This in itself makes the beard feel less prickly, and softer. But keeping a beard neat and de-tangled is also a great way of reducing breakages and split-ends.

This can also make the beard feel less coarse against the fingers. This is the best way in which combing your beard makes it feel softer.

Be careful of brushing too often, as this can damage the integrity of the beard hair and cause breakages and unnecessary loss. Stick with once a day, and increase the frequency only if necessary.

A beard comb is actually better for top-ups during the day if necessary. Sure, it’s more portable and better for on-the-go styling. But it’s also not as harsh when done often.

5. Trains the beard to grow the way you want

As I referenced earlier, beard hair has a tendency to stick out. It just doesn’t play ball a lot of times. In general, hairs within a specific area of the beard such as the cheek beard or fore beard, face in the same direction.

But there are, more often than not, rebellious hairs. These hairs grow whichever way they want.

When beard hair doesn’t face in the direction it’s supposed to, it can feel uneven or non-uniform against the fingers. I find it worst first thing in the morning – hairs are clumped together, tangled, and facing in odd directions.

Of course, brushing and combing it is the most obvious way to get these hairs facing the way you want – usually straight, and generally downwards. In fact, beard brushing direction is an art in itself.

When a beard is neat, straight, and even, it feels softer.

But there’s more. If you making brushing and combing your beard part of your routine, over time, you’ll have to do it less. This is because it trains the hairs to grow in the direction you want it to.

It clumps, tangles, and sticks out less. So your beard will look neater and healthier, as well as feel more even and softer, for longer.

Other Ways To Make Your Beard Feel Softer

This section is just a bonus to help you reach your dreams of beard softness a little quicker.

Not too much, but not too little. With beards becoming a growing trend worldwide, the ever-expanding range of beard grooming products is quite remarkable.

It can be quite overwhelming, as it’s hard to know which product should be used for a specific purpose.

Let’s talk specifically about what you can use to make your beard feel softer. There are two products I’d recommend trying first – beard oil and beard butter. We compare the two in a more detailed way here, but here’s a quick summary.

Beard oil is a great “starter product” in the world of beard grooming. But its benefits are clear to see. The way it makes a beard feel softer is by moisturizing the hair, as well as the skin underneath. It helps to smooth out clumped up hair and makes it look and feel more even as a result.

Beard butter works similarly but feels very different. It has a creamier texture and is certainly heavier than beard oil. It usually contains a mix of essential oils, as well as butters such as Shea or coconut butter.

Beard butter is intensely moisturizing for the beard hair and the skin and makes it feel silky smooth. It does this without feeling greasy or overbearing.

It has the added benefit of providing a light to medium hold for styling purposes – something the more liquid beard oil does not have.

The shorter beard hair is, the less even its edges. This is why stubble feels so prickly against the skin. The stubble feels less like sandpaper as you evolve from light to medium to heavy stubble.

So if you’ve been staying put within the stubble or short beard territory, try this.

Try growing it out a little longer than you’d previously been comfortable with and see whether it feels softer as a result.

As the hair gets longer, the edges even themselves out, and it feels softer as a result. It would also be a great reason to encourage you to grow that beard out!

Properly washing a beard makes it feel softer in similar ways to brushing it. We’ve talked a lot about moisturizing, removing pollutants from the skin, and reducing breakages.

Washing does all of this.

But I do mean washing with a moisturizing beard wash which is effective yet gentle. Normal shampoos are just too harsh on the beard hair as well as the facial skin.

However, washing with beard wash too often can be harmful to the skin. It can cause dryness and irritation, which feels rough as opposed to soft.

Shave outside the borders

A final tip. You’d be surprised by how the “roughest” parts of your beard are often the parts you’d rather have no beard at all.

A beard has borders – the neckline, the cheek line, and the sidelines. Men commonly shave outside these borders to keep their beard looking well-defined. But it isn’t easy to maintain this, as you may already have noticed.

When you let things slip, the stubble that grows outside your beard borders can often be the prickliest part.

As I explained earlier, the shortest hairs are the prickliest.

For this reason, a great way to make your beard feel softer overall is to get a close shave outside your borders. This makes these areas feel softer, and smoother as a result.

Getting a close shave is easier said than done and will be the topic of another article. A few tips to get you started; ensure you always use sharp blades, exfoliate before, and moisturize afterward.

Having a soft beard is important. Texture is right up there with thickness and style when it comes to beard priorities.

It isn’t hard to achieve but does take some work. As with most beard grooming goals, over time, they’ll take less effort to achieve. So put the work in now to reap the rewards later. 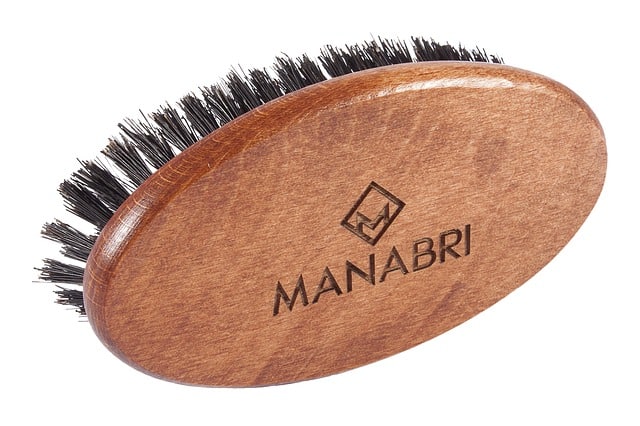