How Often You Should Dye Your Beard – No More, No Less

OK, the title may be a little exaggerated. I did that for emphasis. Of course, there are no exact figures in beard grooming. Every man is different, and every beard is different. But in general, how often should you dye your beard?

Every 4 to 6 weeks. That is if you want to maintain a beautifully dyed beard perpetually. If you’re happy to let those grays peak out now and again you could just do it whenever you felt like. But doing it more frequently than every 4 weeks could cause trouble. For one, it’s harmful to the beard and the underlying skin. Also, if you’re using at least a semi-permanent dye, there shouldn’t be any need to – it would be a waste of money. With permanent beard dyes, you’ll need to do it much less frequently.

That’s the answer in a nutshell. I’ve written plenty on beard dyeing topics but realized that I’d never really answered this crucial and commonly asked question.

So, I wanted to break it down and explain to you what the logic behind this answer is. Always bear in mind that the key to successful beard dyeing is maintaining a natural-looking color while nurturing the health of your beard at the same time.

How Often Should You Dye Your Beard?

To determine this, it’s important to know how long beard dye lasts.

With permanent beard dyes, it’s very difficult to predict when you’ll start to notice the dye fading. It should last for several months, and in general, it’s best to just top up whenever you notice fading.

With semi-permanent beard dyes, you’ll most likely notice some fading after 4 to 6 weeks. That’s generally the case, although you may find yours starts to fade a little earlier.

There are two main reasons why you may find your beard dye starts to fade sooner than this:

Can You Dye Your Beard Too Much?

Unfortunately, most semi-permanent and permanent beard dyes do contain some chemicals you wouldn’t want touching your beard and face too often.

Several commercially-available, mass-produced beard dyes do contain ammonia. I’d recommend using one which is free of ammonia. The smell of it would be enough to put you off.

Most of them contain the dyeing agent PPD as well. Although generally safe and strictly regulated by the cosmetics industry, it can cause skin irritation if used excessively.

Hydrogen Peroxide is another compound found in most beard dyes. It’s a bleaching agent that’s used to lift the cuticle of the hair fiber and improve retention of the dye. Again, when used excessively, it can irritate and dry out of the skin.

This is why I wouldn’t recommend dyeing your beard more than once a month. If you can stretch it out to 6 weeks, even better.

Once you’ve washed the dye out and towel-dried the beard, be sure to use a good moisturizing cream to counteract the irritating and drying effects of these chemicals.

After a while, the overuse of beard dye can actually start to damage the integrity of the beard hair fibers. It’ll start to look weaker, drier, and more brittle. Split-ends and breakages will become more common and you’ll find yourself wishing you hadn’t used dye so often.

Overall, mainstream beard dyes are safe. But as with anything, if used excessively, it does more harm than good.

What About Temporary Beard Dyes?

I haven’t focused too much on these, as I think it’s more obvious. “Temporary” beard dyes mainly refer to those which are brush-on, instant, and easily washed out.

They generally last 12 to 24 hours at most. But as it’s so easily washed out it could be much sooner if you were to rinse your beard properly before then.

If you wanted to maintain a certain color, temporary dyes wouldn’t be for you. You’d have to reapply it every day. A semi-permanent option would be the way to go.

However, if you simply wanted to color your beard on special occasions, a temporary option would be perfect for you.

Think of it more like makeup for your beard. It doesn’t have any oxidizing properties, and the color is simply coated onto the hair fiber. The dyeing agents usually come pre-mixed and ready to use and don’t contain many harsh chemicals.

Coloring wax is a trendy product that’s becoming increasingly popular. Again, it’s a temporary agent that doesn’t last longer than a day (presuming you rinse your beard daily). The colors are usually quite quirky though, so they better suit special occasions and costumes.

If you want a more traditional, temporary beard dye, Blackbeard For Men is a great option. It doesn’t even call itself a dye. Rather, a coloring agent.

Are There Any Long-Lasting, Natural Beard Dyes?

Most of these are temporary and do fade quickly after a couple of rinses. Some men prefer this, as they have the option of undoing the coloring if they don’t feel it suits them.

But one natural beard dye which could be considered semi-permanent is henna. Henna has been used for centuries as a dyeing agent, most commonly in the Asian subcontinent and the Middle East.

It’s becoming a popular method by which men dye their beards. Due to its natural color, it works best on men with red and orange beards, or brown bearded men looking for an auburn tinge.

The dye usually lasts for around 4 weeks, which is relatively long when compared with other natural beard dyes. Plus, you have the added benefit of not having added chemicals and artificial compounds.

Should I Avoid Washing My Beard?

No. Beard washing is an essential aspect of beard grooming. A greasy, oily beard accumulating bits of food, dirt and dead skin cells will never look good. No matter how brilliantly dark it is, it just won’t.

If you’re worried about your beard dye fading prematurely because of shampooing it, try washing it with water only. Many men do this and get by just fine.

Beard shampoo can be excessively drying on the skin and beard, so you may find that taking a break from it does you some good. Read this if you want to know whether you really need beard shampoo or not.

Simply rinsing with water and not beard shampoo helps to retain the beard dye while also maintaining a sense of hygiene.

You can have too much of a good thing.

A dyed beard has the potential to dazzle. It can make a beard look thicker and fuller, and the man wearing it look ten years younger.

But as with most of the many beard grooming products available today, it needs to be used properly. At the right time, in the right quantities, and at the right frequency.

Knowing how often to dye your beard is a crucial aspect of this. Hopefully, by now you’ve got a much better idea of what you need to do. Your beard and your skin will be thanking you for years to come. 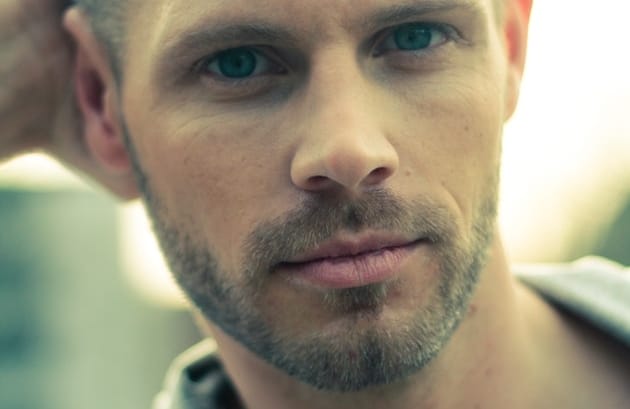